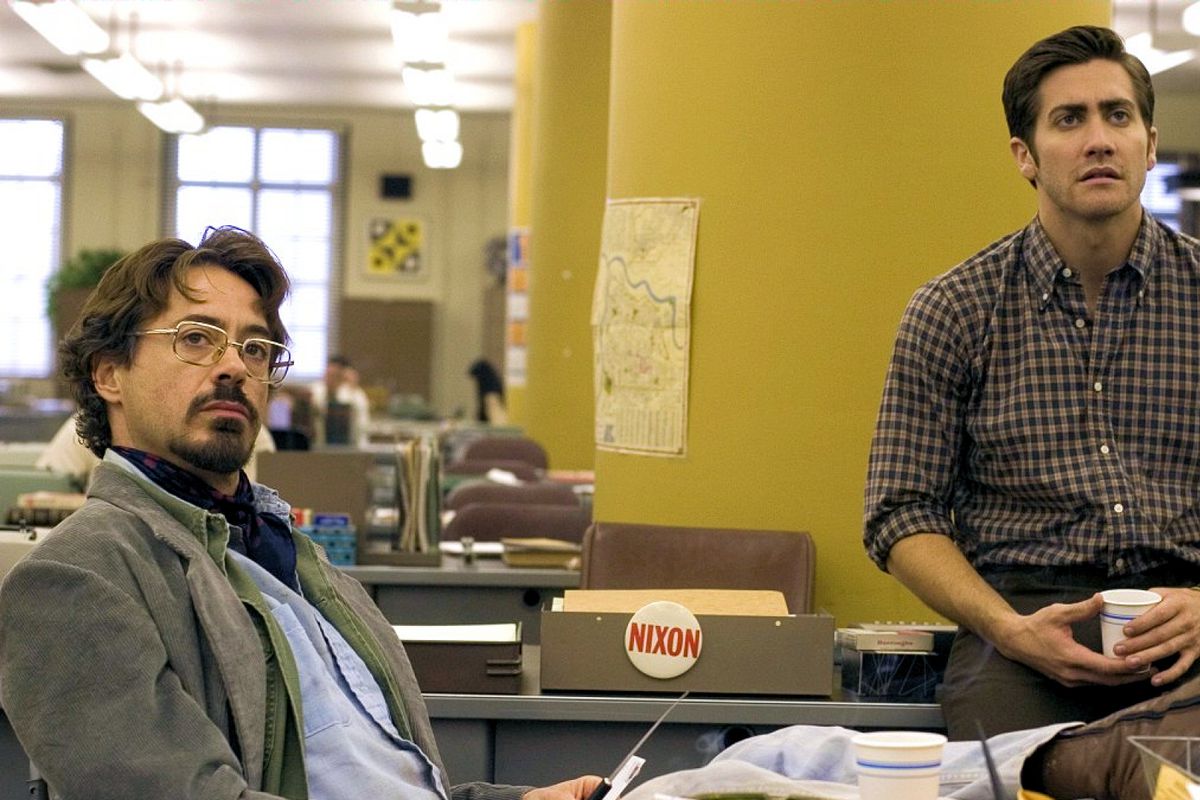 Zodiac got a bit lost in the shuffle when it was initially released in the first quarter of 2007. A massive year for film packed with tentpole blockbusters and awards darlings alike, it was easy to miss a few things back then, particularly before streaming services had begun to take off in earnest. In the 15 years since, however, Zodiac’s reputation has only grown, with some even calling it David Fincher’s finest film.

Following the decades-long search for the Zodiac Killer through the eyes of two detectives, a newspaper reporter, and a true-crime obsessive, Zodiac showcases not only the terrifying shadow that the killer cast across California in the 70s and 80s but the toll it took on the men who tried in vain to catch him.

At the center of the story is Robert Graysmith. An unassuming cartoonist who solves a Zodiac cipher on a lark, Graysmith gradually finds his life consumed by the hunt for the killer. Even as those with a more professional interest in the case eventually give up on investigating the mysterious figure, Graysmith takes it on as his legacy.

His journey would culminate in over 30 years of obsession with the killer. In 1986, 15 years after the first killing, Graysmith would publish his book about this riveting personal journey, Zodiac. 16 years after that, Graysmith published Zodiac Unmasked, where he finally reveals the person he believed to be the killer. Fincher takes elements of both books and melds them together into the ultimate true crime odyssey.

Running at 147 minutes, Zodiac doesn’t just revel in the scintillating details and tangential horror of the case but also allows us to linger in the minds and souls of the frustrated men who attempt to bring him to justice. We see their depression, their longing, their pain, and, worst of all, the significant personal toll it takes on them.

Jake Gyllenhaal plays Graysmith with a boy scout’s level of personal duty and zeal. It’s a subtle but effective performance that carries the film through its extended runtime. Joining him on the hunt is Robert Downey Jr. on his late 00s comeback as the reporter who speaks to the killer through the press and Mark Ruffalo and Anthony Edwards as the two detectives assigned to the case.

Though Zodiac regularly explores the unsexy side of hunting a serial killer, the scenes where the killer strikes are shot so effectively as to be among some of the most tense, affecting scenes in horror history. Particularly frightening are scenes where the hooded killer approaches a couple having a rural picnic and another, where he picks up a hapless hitchhiker after sabotaging her car.

Sexual sadists are known to revel in not just the pain of their victims but also the fear. These aspects are seen through to their horrific conclusions in Zodiac, especially in the aforementioned scene where the killer threatens to toss the young hitchhiker’s baby out of a moving car. These accounts are harrowing, and Fincher never turns the camera away from the terror of the situations, never lets us escape feeling the hopeless horror of these victims.

Though Fincher’s film, like Graysmith’s book, does eventually settle on an identity for the terrifying figure, we’re robbed of seeing him arrested or brought to some form of justice, much like the haunted men who spent years of their lives seeking him out. There’s no big hurrah at the end of the film, just a quiet sense of satisfaction for Graysmith, who looks the suspect in the eye and decides that he’s found his man at last.

Along the way, there are a series of interviews with suspects and surviving victims, an insanely stressful visit to a California basement, and a live television phone call that may or may not be from the killer himself. More than anything, Zodiac captures the fearful zeitgeist that gathers around such a dangerous unknown as the serial killer, an element that was also explored successfully in Spike Lee’s film, Summer of Sam.

With astute confidence and an unflinching eye, Fincher’s film may have missed getting its due at awards shows, but it still stands tall among the director’s oeuvre as arguably his best and most challenging film to date. Put simply; Zodiac is a masterpiece of true crime obsession and a film that deserves to be seen by everyone with that itch in the back of their minds that makes them wonder why and how some people are capable of committing such horrific acts and how they affect all of us, not just their victims.

Logan is Not the Wolverine