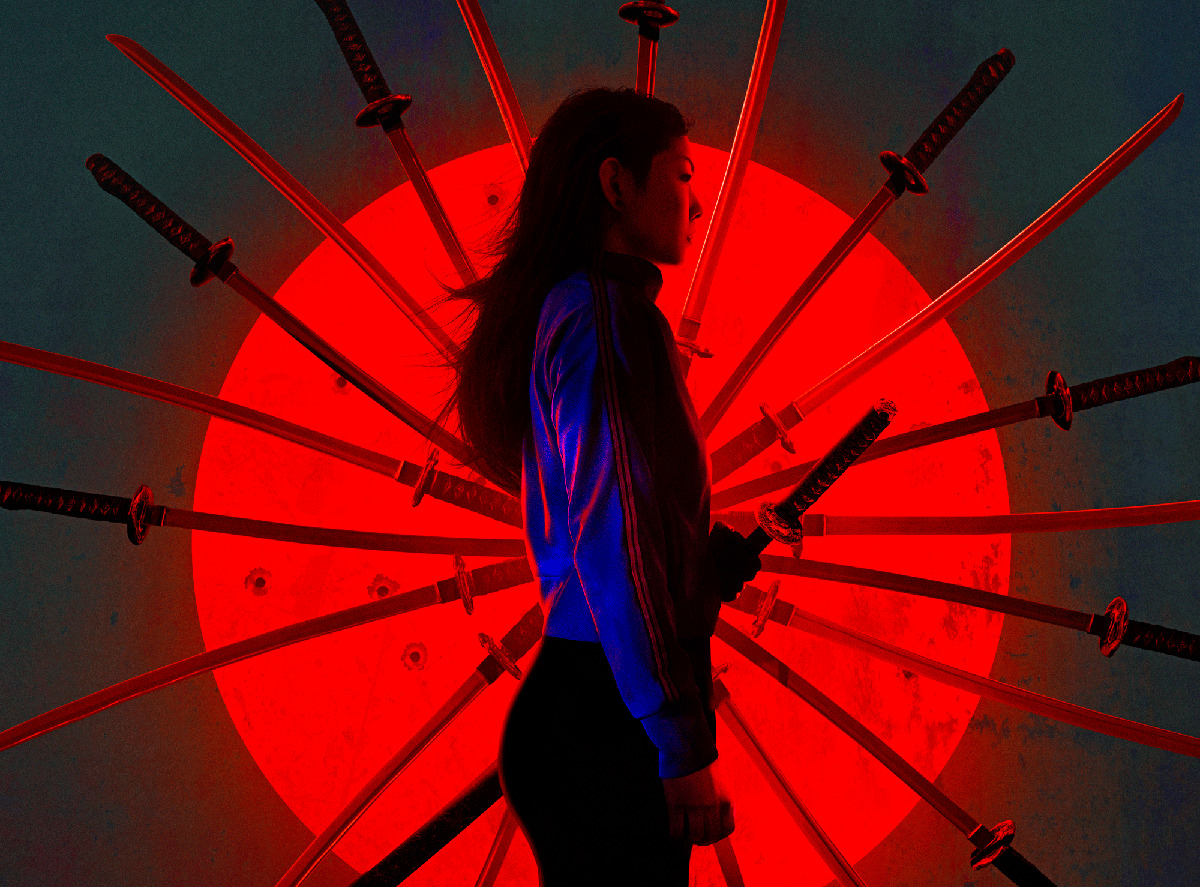 It would be incredibly hard for even the most casual of filmgoers to pass up a title such as this. Promising a broad, violent revenge tale involving Japanese organized crime, a woman whose true past is suddenly revealed to her, and an amnesiac whose only possession is a Samurai sword he barely recognizes, its potential for John Wick levels of murder and mayhem are too high to ignore.

Based on the graphic novel Samurai Shiro by Danilo Beyrouth, the film follows Akemi (singer/songwriter MASUMI), living a quiet life in Sao Paulo. When attacked by members of the Yakuza on her 21st birthday, she begins on a journey to figure out her past, along with Shiro (Jonathan Rhys Meyers), an amnesiac who has tracked her down in the hopes of getting some answers.

Hardly an original take on the themes of belonging and family, it takes at least 20 minutes for the film to actually start, as a massive amount of set-up is needed in order for the more exciting elements of an action revenge thriller to take place. Rhys Meyers (who can’t quite believe he’s in this film just as much as you) starts his journey in the hospital before escaping, stumbling, bemused until finally reaching the titular princess; meanwhile, said Yakuza descendant spends her day selling tourist knick-knacks at the market and fending off sexual predators whilst performing karaoke. A slow, plodding, and incredibly gratuitous first act (including both female and male nudity, attempted rape, and dismemberment) is a slog to get through, a waiting game for when the real action starts.

But when it does, it is as ridiculous as you’d expect. Characters manage to dodge bullets fired straight at them, whilst both Akemi and Shiro display an innate talent for parkour, a trait that has probably never been associated with assassins and the Yakuza in any film prior to this. The actions scenes themselves are pedestrian, but the violent outcomes of sword-on-gun fights and shoot-outs in the dark are entertaining, even if unintentionally so (there is more than one chuckle to be had at the over-eager goons sent by the Yakuza to take out their fleeing enemies). It also is refreshing in that Akemi, despite having some training from her mentor, is not immediately adept at fighting her assailants, nor at using the Samurai sword she has just been given.

For all its merits, however (as few as they are), there are detriments aplenty, namely in its acting. Whilst MASUMI is fairly capable as the lead, her surrounding players leave much to be desired. Rhys Meyers, in particular, possibly gives the worst performance of his career as a wide-eyed, overly serious, robotic counterpart to Akemi – so Terminator-like, if the film were to cut him open and reveal a metal exoskeleton underneath, it would hardly be a surprise.

It is also confusingly structured; whilst narratively it makes sense on paper, nuggets of information are fed in whispers – as though the cast isn’t quite sure that what they’re explaining is actually what’s in the script – and scenes cut to black midway only to cut back at the exact same point, the edit having no use or impact whatsoever.

The kind of film you’d gather a group of your friends around to watch ironically, Yakuza Princess is often confusing and muddled for such a simple plot, and is occasionally laughable. However, in its chaos and earnestness, there is a certain joy to be had by watching the titular character come into her own.

Worth Looks at Thought-Provoking Moral Dilemmas After 9/11

Warrior at 10: Visceral and Emotionally Epic