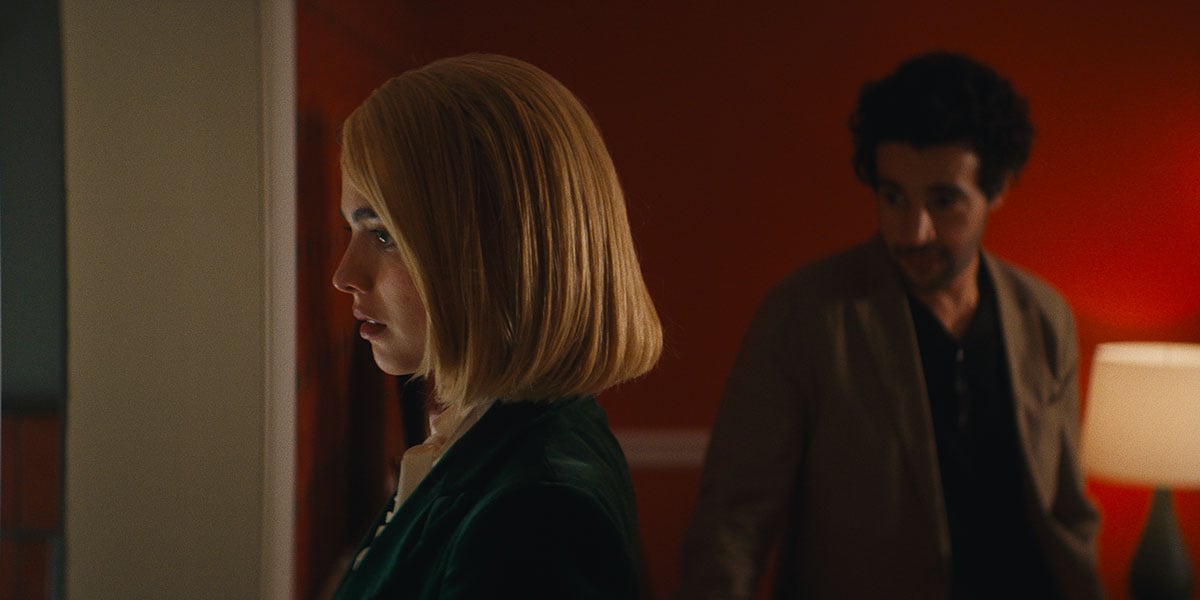 Sanctuary, the story of a man, a woman, and a dominant/submissive relationship in which we’re meant to question what’s part of the game and what isn’t, is one of the most purely enjoyable films of the season. Starring two performers who have done consistently outstanding work in indie movies for the last several years, it’s also 2022’s most notable “movie that could never be made today,” except that it was. It’s yet another rejoinder to the frequently cited, yet always wrong maxim that there’s never sexuality in movies anymore.

The film was directed by Zachary Wigon, a critic-turned-filmmaker whose work I confess I did not know before now; his previous feature, The Heart Machine, came out almost a decade ago. The screenwriter is Micah Bloomberg, and they are clearly two people who know what they’re doing.

The two actors match them on screen. Like Good Luck to You, Leo Grande, another fine movie this year about the complex relationship between a lonely person and a sex worker, Sanctuary is taken up almost entirely by two actors, alone in a hotel suite.

This is one of those movies where the power dynamic shifts throughout, and guessing where it’s going is part of the fun. This movie isn’t really trying to make any grand statements about gender or sexuality, although I expect some will see that in the film where it’s not there.

The director has some serious skill with color palettes and shot compositions. But the best thing about the movie is the two actors, who both do the best work I’ve ever seen from them.

The average moviegoer probably doesn’t know his name, but Christopher Abbott has been the secret MVP of several festival movies in the last few years.

Possibly best known as the boyfriend on Girls who wasn’t Adam Driver, Abbott has starred in such indie movies as James White, Black Bear, Possessor, and On the Count of Three. That last film was a Sundance fave in 2021, but sat on the shelf for over a year, before a perfunctory Hulu release that was overshadowed by co-star Jarrod Carmichael’s great stand-up special around the same time.

Qualley had a Netflix hit earlier this year with Maid, and before that was maybe best known for playing Pussycat in Once Upon a Time in Hollywood. But she’s one of those performers who’s been fantastic in indie movie after indie movie, and Sanctuary lets her do some amazing things- again, very much with her eyes.

There’s no word on a release plan for Sanctuary, although since it’s about the combination of sex work and fanciness, it would seem natural for A24. Whenever it arrives, see it.