Released originally as a ten-episode series for Amazon, Tokyo Vampire Hotel is the kind of film that could only have come from the mind of Sion Sono. While channeling the absurdity of Takashi Miike’s weirder efforts, Sono has always been a messier director, and perhaps even more ambitious because of it. What makes all of his films worthy of trying to be weird is that they always come together by the end. He also comments on many social and political topics — usually Japanese-centric, though occasionally more universally applicable. Tokyo Vampire Hotel is no exception, and is exactly what to expect, par for the course for its director. Even with its bold attempt to condense ten episodes into a single film, the issues that arise don’t feel like something that are present because of trying to pare down Sono’s insanity; they’re just small kinks in one of his greatest films to date. 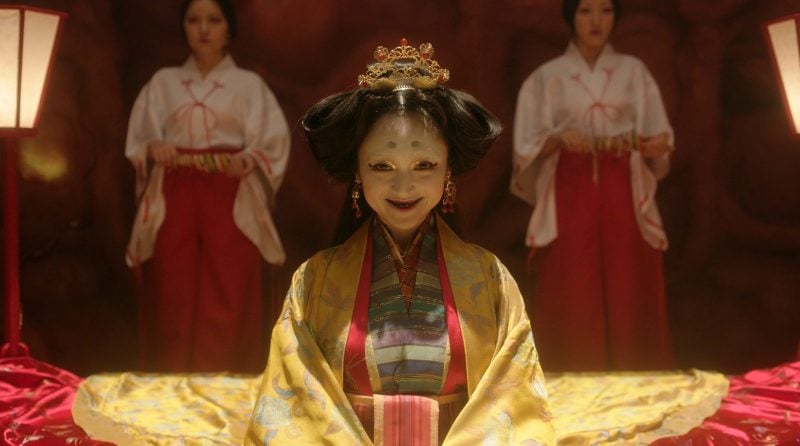 While it doesn’t hold the same weight of a Tag or Why Don’t You Play in Hell, there is an emotional core to Tokyo Vampire Hotel that reveals itself after trudging through a good ninety minutes of Sono’s madness. Opening with a cheesy introduction to the fight between the Draculas and the Corvins, the film quickly thrusts the audience into downtown Tokyo and the inside of a restaurant where a Loli vampire arrives and shoots up the place, leaving only Manami (Ami Tomite) left to reveal her destiny and the role she plays in the fight between the two warring clans. Of course, as the title suggests, essentially everything after this point takes place inside a vampire hotel in Tokyo named Hotel Requiem. From here you get your fair share of teenagers being forced to have sex with each other, nuclear explosions, the Prime Minister of Tokyo’s moody vampire son waxing poetic, and of course, blood. That only scratches the surface of what brutality and derangement the hotel has to offer.

What remains most surprising about the movie is that despite over half the film being Manami confused and chased throughout a hotel by various vampires, the straightforward narrative somehow meshes really well with all of the extra stuff going on. It’s clear that a lot was cut from the TV show to make the film into a digestible running time, but it doesn’t reflect poorly on the final product. Sono still keeps a few subplots that tie together by the conclusion, even if they have virtually nothing to do with Manami on a strictly narrative level. However, what he does keep leaves a slight commentary on the pressures of youth in a world where everything is binary; you either find love or you die. That message echoes throughout, leaving the final hour of Tokyo Vampire Hotel a treasure to behold. 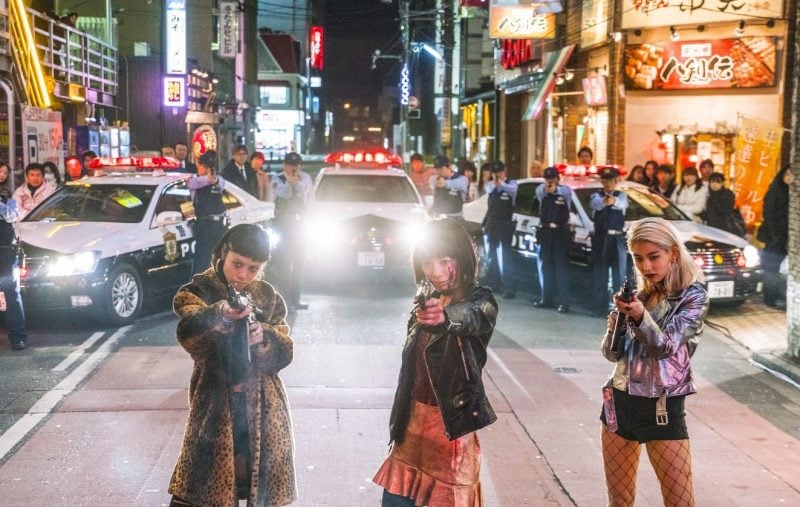 Unfortunately, you still have to go through a bit of the mess that is to be expected. There are lulls as you wonder why we’re even focused on a particular subplot, but the payoff is fantastic. I feel like both of the other Sono films previously mentioned are great examples of movies that occasionally seem to lose themselves only to pay off in an incredible way. Tokyo Vampire Hotel takes time to get where it wants to go, but I’d be lying if I said I wasn’t having fun during that lead up. It’s the fever dream of a teenage goth kid, and that’s something I never thought I’d need to see.

Fantasia 2018: ‘Tigers are Not Afraid’ is a Morbid Fantasy About Youth