Akin to last year’s The Florida Project, Tigers Are Not Afraid centers around youth trapped in an inhospitable environment. They are always on the run, always keeping an eye behind their shoulder, and always barely making it through the day. Of course, a lot of it is because children are generally naive, but in Issa Lopez’s film, the children are acutely aware of how risky life is. The kids in Tigers Are Not Afraid are without parents, and thus put into a precarious situation of trying to live alone, but also with demons constantly knocking at their door.

Set in an urban area of Mexico, Estrella (Paola Lara) is forced to confront the possibility that her mother is gone forever when she arrives home from school one afternoon to find herself alone. School’s out for the foreseeable future (after a shooting outside of the building by drug cartels), so when she stumbles upon Shine (Juan Ramon Lopez), she is positioned in a world where the only way to survive is to be aggressive and smart. However, as she’s forced into the darkness, there’s a bit of hope emerging at the same time that not all is lost. 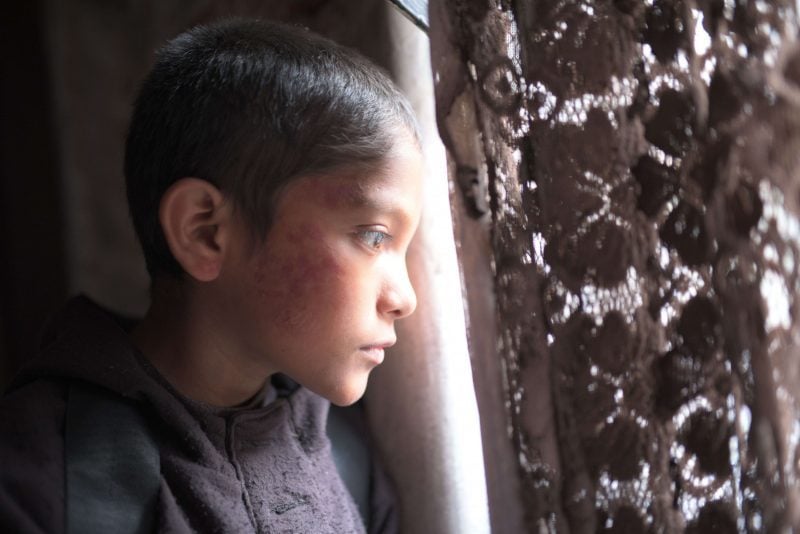 The balance of light and dark in Tigers Are Not Afraid keeps the film moving at a steady pace, as Estrella is almost always pushed forward because she is trying to avoid the despair. Blended with CG fairy-tale visuals, Estrella’s journey often gains momentum as she moves away from these terrifying instances. A haunting image of a woman wrapped in a plastic bag slowly crawling towards her manifests itself at the end of these fairy-tale moments. They’re dark, creepy, and very reminiscent of Guillermo del Toro’s Pan’s Labyrinth. Director Issa Lopez mixes the innocence of childhood with the depravity of Mexico’s drug war to a very somber conclusion. She doesn’t dwell on the evil lurking in the shadows, but doesn’t shy away from using it as a fear tactic.

Lopez’s film shines because its subjects are not often placed within a narrative like this. As the children sink deeper into this world, their situation feels less and less like the innocent, naive life they once knew. For someone like Shine, you question whether he ever really knew it. Both lead actors are great, playing tough, compassionate, pure children. Shine’s stubbornness and weariness meshes with Estrella’s eagerness to do what’s right — even if what seems right bears little weight in her new situation. Tigers Are Not Afraid counters hope with hopelessness, leaving the film with a morbid look at youth — one that defines it as one of the best coming-of-age films, and a harrowing take on the effects of the drug war on the youth of Mexico.

Mission: Impossible – Fallout Is One of Action Cinema’s Greatest Peaks