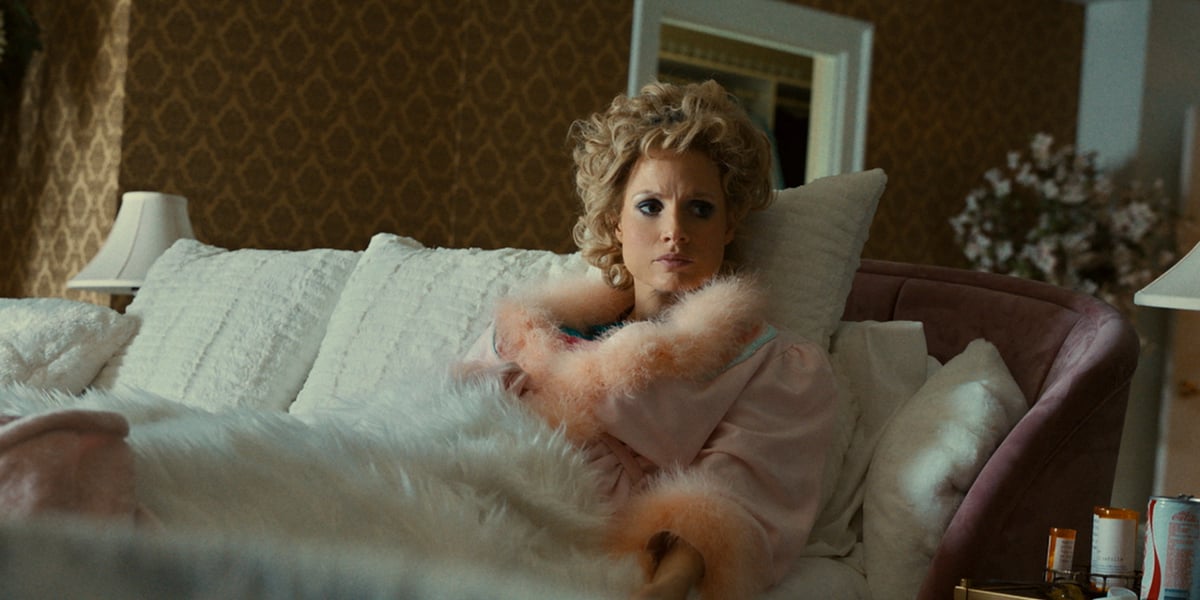 The Eyes of Tammy Faye Review

Tammy Faye Bakker Messner lived one of those truly only-in-America lives. Born in 1942 in International Falls, Minnesota, she married minister Jim Bakker, and the two took their television ministry from small-town puppet shows to a national powerhouse. She was known for her eyelashes, loud clothes, and ostentatious singing.

After that ministry, known as PTL, collapsed in high-profile financial and sexual scandal in the late 1980s, Tammy Faye had an unlikely second act as a gay camp icon, becoming something of a beloved figure up until her death in 2007.

The Eyes of Tammy Faye is a full-on biopic of Tammy Faye, which debuted at the Toronto International Film Festival earlier this week, ahead of its limited release on Friday. It’s an entertaining if at times uneven treatment of Tammy Faye’s life, buoyed by a go-for-broke performance from Jessica Chastain.

The film was directed by Michael Showalter, the veteran of The State whose last movie as director, The Big Sick, was a sizable hit. Rather than concentrate on the scandal period only, The Eyes of Tammy Faye covers its subject’s life from beginning to end. We see Tammy Faye plagued by a horribly mean mother (Cherry Jones), who berates her throughout her life, while her marriage to Jim is a less than happy one, plagued by infidelities on both sides.

The new movie is an adaptation of a documentary from 2000, also called The Eyes of Tammy Faye, and just as that film was mostly told from the point of view of the then-living Tammy Faye herself, this version of The Eyes of Tammy Faye is firmly on her side. (There was also a quickie TV movie in 1990 called Fall From Grace, in which Bernadette Peters (!) played Tammy Faye and Kevin Spacey (!!!) played Jim.)

The Eyes of Tammy Faye, with some justification, views PTL and the 1980s televangelist world as deeply corrupt, hypocritical and bigoted while showing Tammy Faye as both a believing Christian and a secret liberal, one who was making the Christian case for the dignity of gay people — to Jerry Falwell — as early as the 1970s.

The film is squarely in the recent tradition of projects that re-examine the women that were part of tabloid scandals in the 1980s and ’90s and try to see things through their eyes.

The Eyes of Tammy Faye is also something else: A very, very clear attempt by Jessica Chastain, also a producer of the movie, to win an Oscar. It’s a role in which she plays Tammy Faye at numerous ages and with dramatically different appearances, depending on her age and what year it is (Garfield’s Bakker looks pretty much the same all along, aside from a different wig or two.) Chastain also does her own singing and does a reasonable approximation of Tammy Faye’s voice, which was what Betty Boop would have sounded like if she’d grown up in Northern Minnesota. There are numerous moments that feel like future Oscar clips.

And that’s okay! I have no interest in criticizing performers for “Oscar thirst.” But it’s also clear that that’s what’s happening here.

Garfield also has one of his better screen turns, playing Bakker almost as a guy in over his head, as opposed to the more clearly malevolent Jerry Falwell. The Moral Majority founder is played capably by Vincent D’Onofrio as the film’s major villain, just as he was in The People vs. Larry Flynt, and in real life. He’s depicted as both more despicable even than Jim Bakker, and also more unscrupulous and power-hungry. The Bakkers’ ministry, for all of its faults, wasn’t attempting a takeover of politics.

However, if there’s one big flaw in the movie, is that it neglects to answer a very important question: Just how complicit was Tammy Faye in her husband’s crimes? Because he was stealing a lot of money, for a lot of years, and if she didn’t notice something was awry, that to some degree is on her. And it appears they were both on board with the “prosperity gospel,” a foul mix of theology and hucksterism aimed at telling marks that “God wants you to be rich.”

One thing Tammy Faye Bakker is known for — the widespread assumption that she had undergone extensive plastic surgery, possibly paid for with PTL funds— is not addressed in the film. The movie also neglects to include the part about the downfall being triggered by an accusation of rape by Jessica Hahn against Jim Bakker, while the popular imagination (and the movie) remembers it as merely an affair. The film also omits Tammy Faye’s second marriage, to Roe Messner, who was actually Jim Bakker’s co-conspirator in real estate shenanigans, and himself went to prison too.

Is this how it really went down? It may very well have. Then again, it’s hard to imagine anyone who’s a staunch defender of Jim Bakker seeing this movie. And Jim Bakker, a con man to his very core, is such a damning figure that it’s hard to imagine what a positive portrait of him would even look like. Bakker is still alive, in his 80s, and has resurfaced as a televangelist in recent years, as both a Donald Trump shill and a seller of bogus COVID cures.

It may not be the full story, but The Eyes of Tammy Faye is a highly entertaining look back at a once-in-a-lifetime American.

Diamonds are Forever is Void of Any Charm