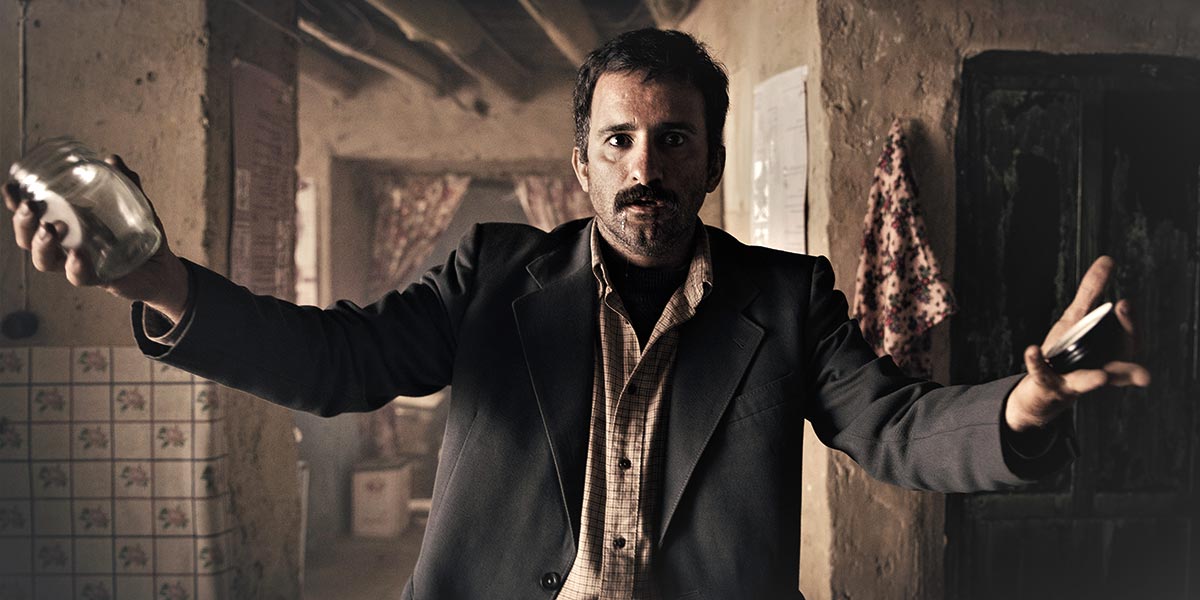 Skepticism meets belief in Arsalan Amiri’s hypnotic exploration of what happens when the two meet in a small, remote village. Zalava’s horror trappings build the foundations of a tense rivalry between order and chaos as a police officer questions the village of Zalava’s long-held customs and risks losing everyone to demonic possession. In the most cursed “damned if you do, damned if you don’t” scenario, Amiri finds a compelling commentary on the role that faith plays when faced with a life-threatening situation.

Set in 1978 Kurdistan, Zalava is a village far away from civilization. The villagers there have their own way of living life, not completely out of the ordinary, with the exception of one threat: demons. Believing there to be a demon in the village, they aim to capture and shoot the leg of the person who the demon resides in, effectively trapping them in that person’s body. It’s a ritual they’ve performed for many years and it seems to work, or at the very least, it calms the villagers down.

However, when Masoud (Navid Pourfaraj) takes away their firearms before they can trap the demon, he tarnishes the ritual. Subsequently forced to resign from his job for illegally taking away their guns, Masoud takes one last visit to the village on his final day to find an exorcism taking place. What follows is a glimpse into the hold that superstitions take in remote areas when those who are supposed to uphold the peace willingly let pain and suffering inside.

Masoud’s steadfast belief that there is no such thing as demons and that the village is being conned by an exorcist is never solid. Frequently Zalava prods at Masoud’s beliefs, manifesting his doubt in a pickle jar said to contain the demon. If he opens it, the demon comes out, but if he keeps it closed it’s impossible to prove the demon is real. The suspense that comes from a visibly empty pickle jar has never been more palpable, creating a Schrödinger’s cat paradox for Masoud.

The fact is that by the time Zalava wraps itself up, the conversation it has had about firmly established traditions being impossible to uproot is still not over. Amiri wisely keeps the debate open, making his horror film one much more real than if he were to fully realize the demon. It’s the potential of something unknown that is far scarier than something tangible. When the threat is unknown, modern beliefs can only go so far in the face of tried-and-true traditions. Zalava successfully taps into that fear and shows a group of people ready to halt a demon in its tracks and the sudden attack on their own beliefs causing complete mayhem.

TIFF 2021: The Eyes of Tammy Faye Shares the Scandal Figure’s Side of the Story

10 Reasons Why Watching at Home Beats the Cinema