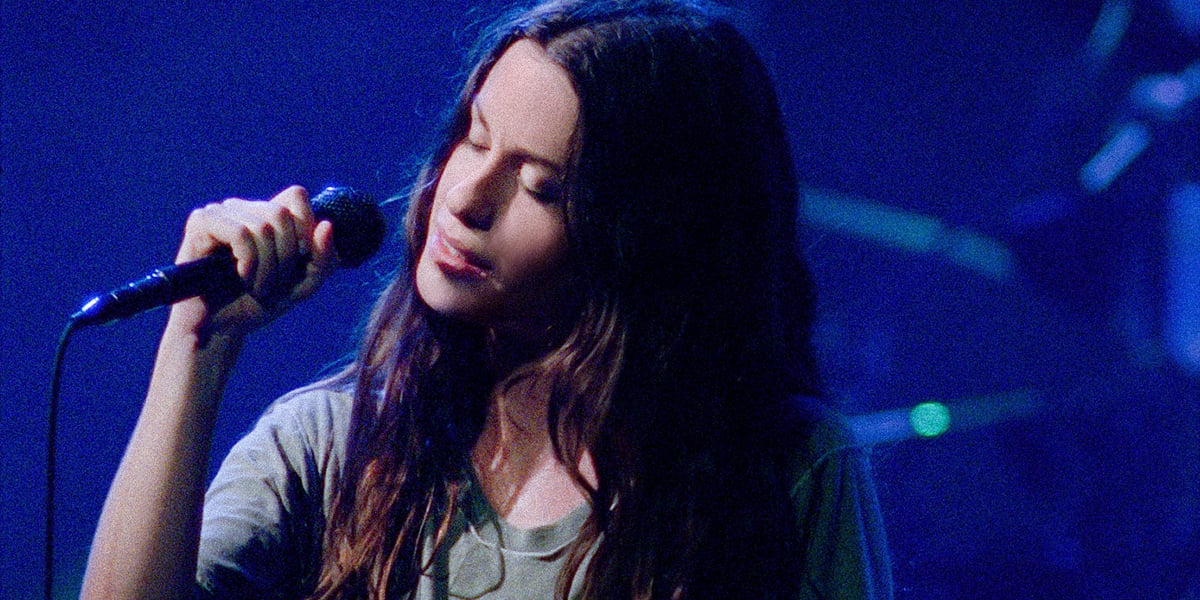 Debuting Monday at the Toronto International Film Festival, in the home country of its subject, Jagged is a film about the pop-rock star Alanis Morissette, which mostly covers the lead-up to and the arrival of her most successful album, 1995’s Jagged Little Pill, which was one of the most popular and important albums of the 1990s.

It’s the album with “You Oughtta Know,” “Hand in My Pocket,” “Ironic,” and “You Live, You Learn.” It sold 33 million copies, won five Grammy Awards, and was even turned into a jukebox musical on Broadway. The album was inspired by both the grunge and riot grrrl musical traditions from the earlier part of that decade, while also carving out a sound of its own.

The album was released when the singer, who had been writing songs and recording music since the age of 12 was just 21 years old and freshly arrived in Los Angeles from Canada, where she was previously known mostly for her time on the old sketch show You Can’t Do That on Television. (The Robin Sparkles bit from How I Met Your Mother was inspired mostly by Alanis’ teen career.)

Jagged, directed by Alison Klayman, features contemporary interviews with Morissette herself, producer Glen Ballard, and various others associated with the album, while also weaving in lots of old footage, as well as embryonic and finished versions of those fantastic Jagged Little Pill songs. The male band members admit, with some degree of shame, that they leveraged their place in the band to try to get laid, by the primarily female audience at the singer’s shows.

The film is a winner, mostly because Morissette, in her modern-day incarnation, speaks with great insight and self-awareness about her life and career.

Jagged Little Pill‘s most famous song, the spurned-lover anthem “You Oughta Know,” is much angrier and incendiary than most of the rest of the album, as well as the majority of Alanis’ subsequent music. And no, Alanis does not spill the long-held secret of who the song was about, although she does confirm that she did indeed date Full House actor Dave Coulier, long the prime suspect. (The part about most of the examples in “Ironic” not really being irony is mentioned briefly as well.)

In the doc, Morissette talks about some dark stuff, including an eating disorder, while also casually mentioning that she was once held up at gunpoint. She also shares for the first time that she was a victim of statutory rape by multiple, unnamed men when she was young and that when she brought that to others’ attention nothing happened. (A recent Washington Post piece noted that Morissette did not appear at the film’s premiere, indicating that perhaps she was distancing herself from the project, although the singer has not said anything to that effect.)

Klayman’s last film was The Brink, one of two documentaries about Trump advisor-turned-international racism ambassador Steve Bannon. Klayman’s film was actually the better of the two, in part because she was able to get more damning answers out of Bannon, even though the master of that sort of documentary, Errol Morris, made the other.

This project isn’t nearly as adversarial as the Bannon one was, but she draws out some fascinating insight, mostly about the pressure someone in her position was under back then.

Most of the vintage footage of Alanis hanging out with her old band isn’t all that interesting, although the concert footage is uniformly fantastic. In what’s becoming something like a cliche by now — the recent Rick James doc had the too — Alanis visits a storage unit, and rummages through archives of her past.

Jagged is part of the HBO Music Box series, along with another TIFF film, Listening to Kenny G, and will arrive on HBO later this year.

TIFF 2021: The Electrical Life of Louis Wain : Benedict Cumberbatch and Claire Foy Are Electrifying In This Peculiar Biopic