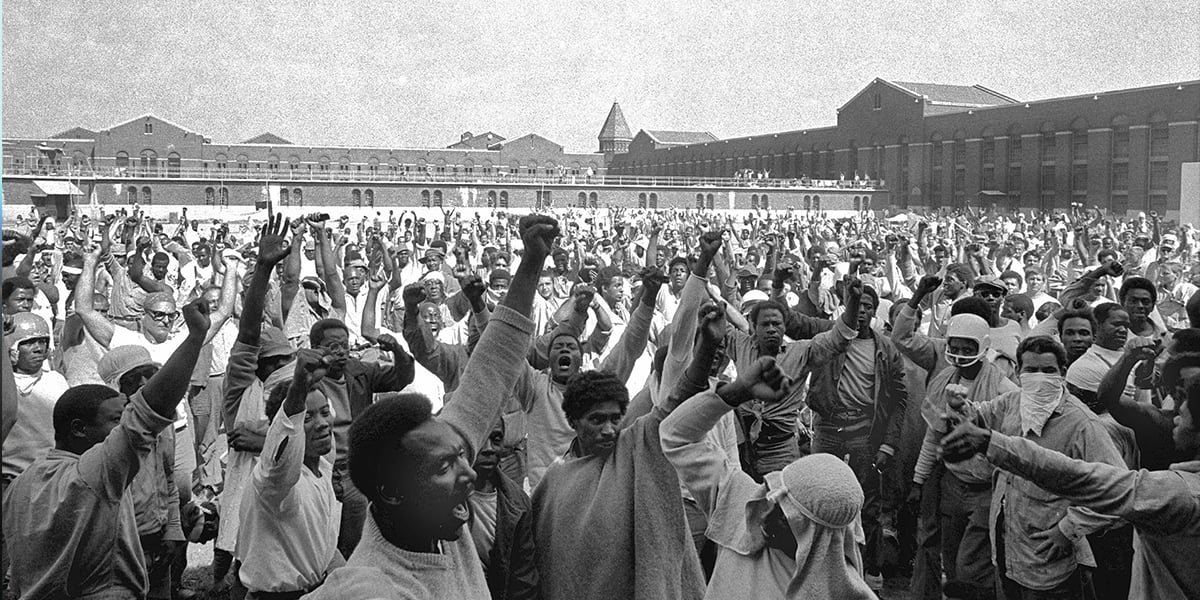 If you’re a movie buff, there’s a good chance that you associate the word “Attica” with the movie Dog Day Afternoon, and Al Pacino chanting it before an assembled crowd. It was a reference to the state prison, and more specifically the riot and standoff that took place there in September of 1971, the bloodiest in U.S. history.

Now, there’s a feature-length documentary about that uprising, called Attica, and it’s directed by Stanley Nelson, the filmmaker who specializes in documentaries about Black history and culture. His credits include The Black Panthers: Vanguard of the Revolution, Tell Them We Are Rising: The Story of Black Colleges and Universities, Miles Davis: Birth of the Cool, and the ESPN 30 for 30 installment about the NFL’s Michael Vick.

In the 1971 uprising, more than 1,000 prisoners rose up against their guards and took control of the prison, taking much of the staff hostage. The inmates had a list of demands, which included improved conditions and better food, but also amnesty for everyone involved in the uprising and hostage-taking itself. Their counterparts were willing to entertain the former notion, but not the latter, and the situation ended in horrific violence.

The film, which debuted at TIFF on the 50th anniversary of the uprising’s start, is an expertly assembled, very tense tick-tock of the standoff, which took place over the course of five days and resulted in more than 40 deaths. There’s a wealth of vintage footage from the time of the standoff — including of its bloody end, in which we see rainwater running with blood — as well as interviews with people involved, including inmates, guards, journalists, and others.

Some outstanding characters emerge from among the talking heads, such as the nearly 90-year-old longtime Amsterdam News editor Clarence Jones, who gets the last word before the opening credits. We also well as an inmate, known as “Jerry the Jew,” a “jailhouse lawyer” seen in the vintage footage.

Hold Your Fire, another TIFF documentary, also looked at a standoff in New York in the early ’70s, also with a heavy racial element, and also containing direct echoes of Dog Day Afternoon.

Both of those films, but especially Attica, are kind of unimaginable until very recently. Until probably the last decade, even the most liberal audiences were likely to be skeptical of a film that appealed to the humanity or rights of prisoners. It’s not hard to imagine a documentary, at some point in the last five decades, telling this story while taking the side of the guards and state police.

Hold Your Fire, for instance, told the story of a standoff two years later that ended peacefully- and includes interviews with retired cops still upset, all these years later, that they didn’t get to go in there and beat their asses.

Attica will air on Showtime, which announced the project back in the summer of 2020, although it’s not clear when the premiere will take place.