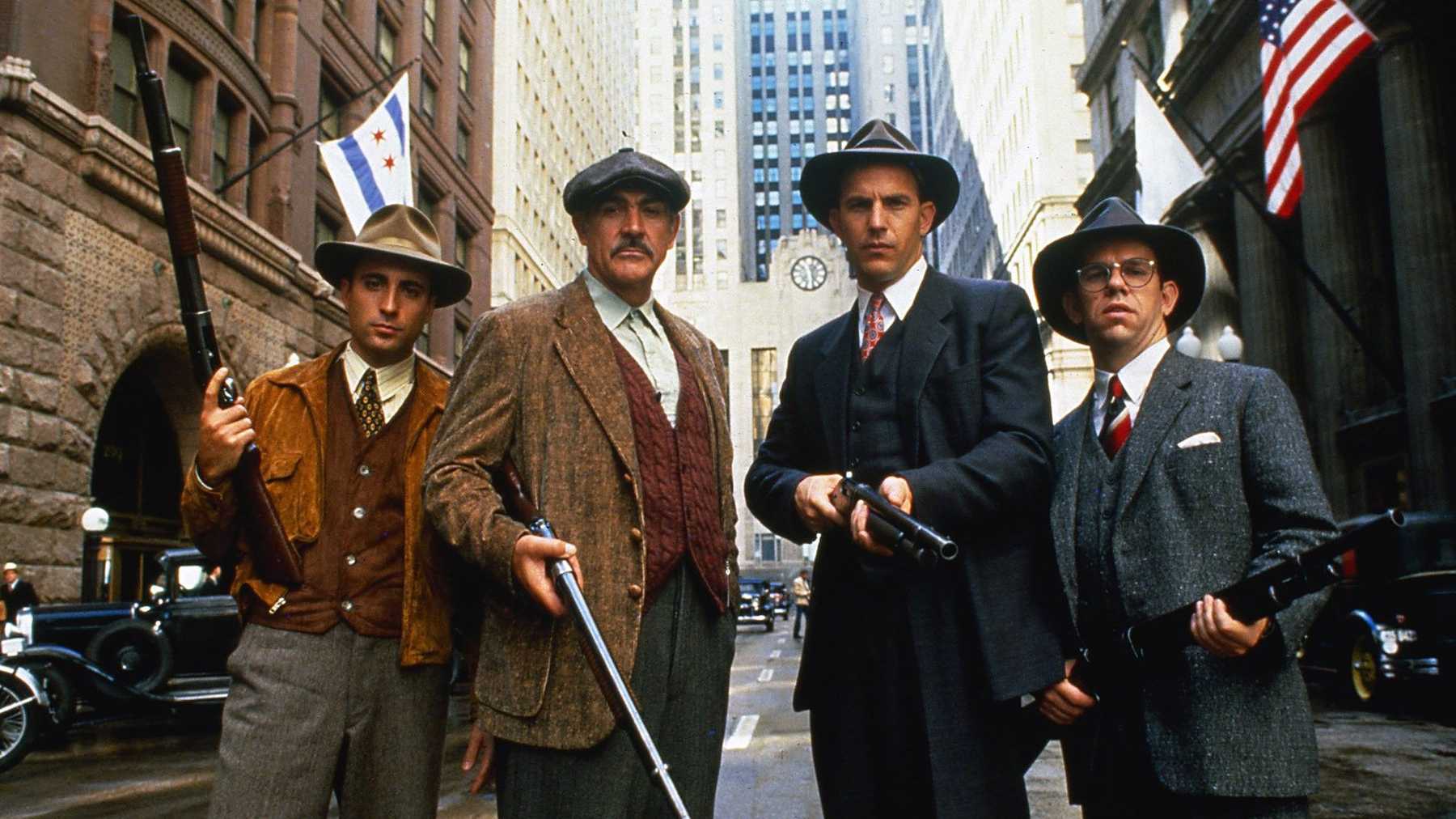 The Untouchables, released in 1987, is a gorgeously-mounted, well-acted, and all-around fantastic motion picture, featuring all-time greats of the form on both sides of the camera. It’s an endlessly re-watchable film, with all kinds of memorable lines and scenes. Of all the times director Brian De Palma made a movie inside the Hollywood establishment, The Untouchables was the most successful.

Sure, The Untouchables, which turns 35 this week, comes up seriously short in the accuracy department, and its attitudes towards crime, police, and law enforcement are very much of a different time than now. But its status as one of the better films of the late 1980s is nevertheless secure.

Directed by De Palma, written by David Mamet, scored by Ennio Morricone, and shot by Stephen H. Burum, The Untouchables also featured a cast headed by Kevin Costner, Sean Connery, and Robert De Niro. These are heavy hitters all, and they all brought their best, or something close to it. The film is also absolutely gorgeous, expertly re-assembling 1930 Chicago.

Based on the memoir by Eliot Ness, and the later TV show that was based on it, The Untouchables told the story of how Ness brought down gangster Al Capone during prohibition. Or rather, “a” story of how he did it, as the film has been widely called out for taking liberties large and small with the facts.

Brought into Chicago to take down Capone, Treasury Agent Eliot Ness assembles a team, led by veteran Chicago cop Malone (Sean Connery, who won an Oscar for the best role of his career, even if his Chicago Irish accent didn’t sound especially Chicago or Irish.)

Malone is seemingly the only non-corrupt cop in the entire city of Chicago and has the brilliant idea to recruit from the not-yet-corrupt ranks of the academy, which brings them sharp-shooter Stone (Andy Garcia.) The other key member of the team is an account (Charles Martin Smith), who comes up with the far-fetched but ultimately correct idea that the key to taking down Capone is nailing him on tax evasion.

De Niro, meanwhile, plays Capone as a charismatic, media-courting villain. Based on the banter alone, he may be the most Donald Trump-like movie character in the history of movies. He’s not the best on-screen Capone; I was always partial to Stephen Graham’s more subdued take on character on Boardwalk Empire. But De Niro was the most larger-than-life.

Ness makes fitful progress, but it’s clear that the deck is stacked against him, with Capone having half the city on the take, and also willing to execute anyone standing in his way. After Malone is killed, Ness triumphs with quick thinking, first by surviving a shootout while helping a lady pull a baby carriage down the stairs (in a homage to the “Odessa Steps” sequence in Eisenstein’s The Battleship Potemkin), and later with some brilliant courtroom machinations.

Of course, just about none of that really happened.

Ness never got into any shootouts with Capone’s men, either on a staircase with a baby carriage or without one, nor did Capone succeed in murdering any key members of Ness’ team. Capone did not get convicted as a result of his lawyer entering a guilty plea without permission; had that happened, Capone likely would have just fired the lawyer, rather than slugging him, and found a new one.

The film’s politics are straight-reactionary, and very much a fit for the Reagan era, when it was released. Its hero is depicted as a brilliant, crime-fighting white knight,  and drug warrior. Despite dominant police corruption, the conclusion the film reaches is that law enforcement, rather than going by the book, should get more comfortable with bending the rules.

Ironically, the Chicago-bred Barack Obama was once accused, perhaps half-heartedly, of endorsing violence when he quoted the “They pull a knife, you pull a gun” speech, by political opponents apparently unfamiliar with the film.

The Untouchables has long been a cable TV staple and is now available to stream on various platforms. It’s as enjoyable to watch now as when it was new, even if almost nothing in it is true.