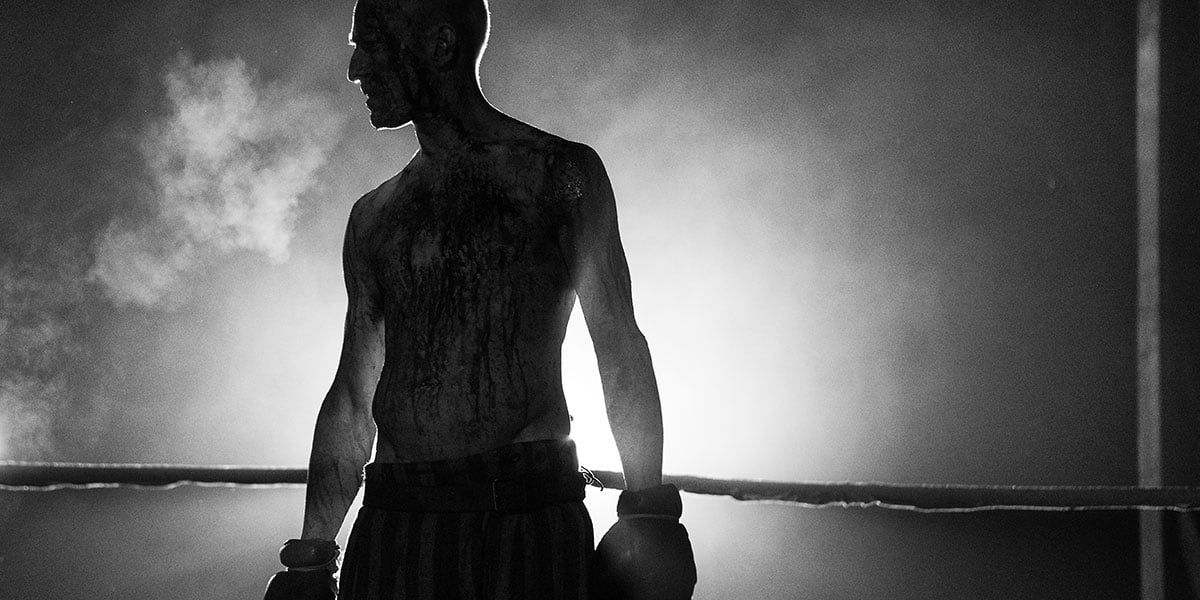 Barry Levinson’s latest film, The Survivor, is an occasionally interesting but ultimately messy misfire barely held together by a commanding performance from Ben Foster. In what is further proof of his ability to inhabit complicated roles, Foster ducks and weaves through clunky dialogue and some conventional biopic storytelling to uncover the grief and pain lying being his character’s hardened exterior.

Told over three different periods in Harry Haft’s (Foster) life, The Survivor moves between Haft’s later years of retirement back to his post-war boxing career and then back into the concentration camp where Haft fought to survive – at the cost of others’ lives. This shift between time periods comes as Haft reflects on his life and the choices he made that kept him alive and forged the relationships he has now.

Based on the true story of Haft, The Survivor’s main draw besides Foster is the source of his pain. During his time in Auschwitz, Haft became a fighter. Bets would be placed as prisoners would fight in the concentration camps, and Haft proved himself an invaluable asset to one specific German officer (played by Billy Magnussen). From their training birthed a boxing career and Haft’s journey to find peace is constantly marred by his memory of the time there. Shot in gorgeous black-and-white, the scenes taking place in the concentration camp are some of the best looking of the film, employing a confident use of shadows and capturing the bleakness of the situation.

It’s everywhere else that The Survivor is competent but hardly satisfying. The modern day and mid-period scenes are all flat-looking and while actors like Danny DeVito, Peter Sarsgaard and John Leguizamo help liven things up, they never amount to more than just surface-level amusement. There’s also Vicky Krieps who has the unenviable role of playing Haft’s love interest – a character that is given the tiniest shred of nuance in a supporting position against Haft as he tries to reconcile his grief.

Ultimately, The Survivor is just an avenue for Foster to provide some of the best acting in his career. He imbues the role with a slight levity that hides the pain that threatens to surface at any point. It could be in the middle of a fight when Haft falls back into his memories, taking punches like it’s a form of punishment. Throughout it all, Foster demonstrates a man who did what he needed to in order to survive and now finds himself reminded daily of his actions and frequently forced to wrestle with justifying them.

Unfortunately, The Survivor is the kind of biopic that tells more than it shows in every facet except Foster’s performance. He’s the one who provides the nuance the film so desperately needs. Outside of that, it’s a fairly standard drama that finds itself retreading familiar ground despite its compelling central character having more than enough material to take a more interesting approach.

Live and Let Die is One of the Lesser Bond Films