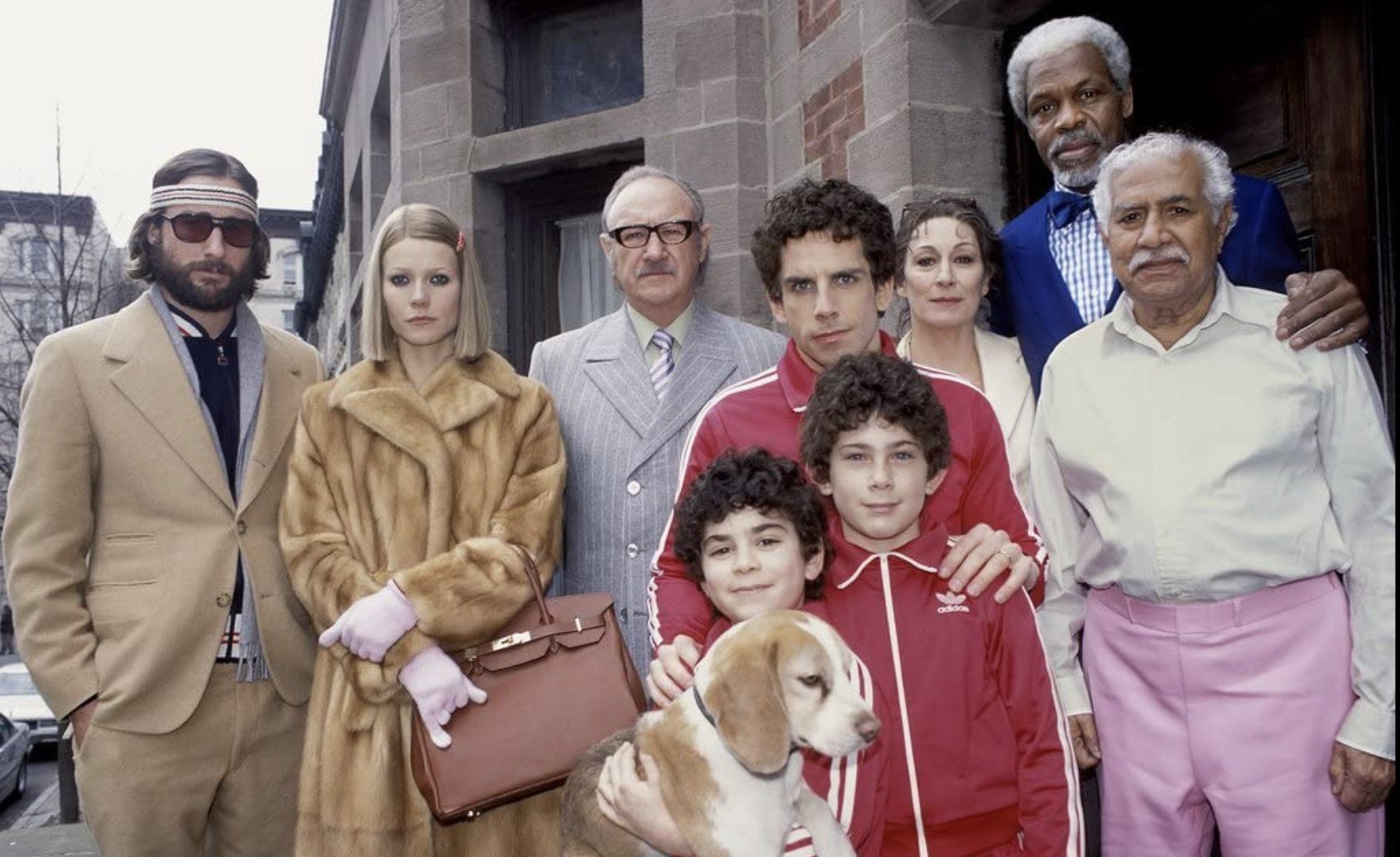 Wes Anderson frequently gets accused of making the same movie over and over again, sometimes with many of the same people, to the point that they’re pretty but somewhat empty.

That’s not exactly a fair criticism, as the stories are thematically different from film to film. And more importantly, the best of them deliver an emotional punch. And none more so than in 2001’s The Royal Tenenbaums, Anderson’s third film, and best overall, and one of my favorite movies of all time.

A triumph of storytelling, music, performance, and production design, Tenenbaums assembled a New York-like city, with everything askew by about 10 degrees. It looks just like Manhattan, but streets, neighborhoods, and institutions all have different names than the real thing, like Arthur Avenue, Little Tokyo, and the 375th Street Y.

The plot of the film tells a sweeping story of the rise and fall of an American family. Lifelong asshole Royal Tenenbaum (Gene Hackman, in one of his last great pre-retirement roles) had three children with Ethelene (Anjelica Huston): Financial genius Chas (played as an adult by Ben Stiller), tennis prodigy Richie (Luke Wilson), and young playwright Margot (Gwyneth Paltrow.)

The family’s story is told in an ingenious opening voice-over, by Alec Baldwin, set to an instrumental version of the Beatles’ “Hey Jude.”: Royal had been tossed from the family years earlier, with none of the three children living up to their potential. And as the story catches up to the present day, he wants back in, even if it involves faking terminal cancer.

Eli Cash (Owen Wilson) is Margot’s lover but wishes he was her sibling; Richie Tenenbaum (Luke Wilson) is her brother but wishes the opposite. There’s the added poignancy that Richie attempts suicide to a song by Elliott Smith- a singer who would himself die of suicide a few years later — and that his brother and costar, Owen, would have a well-publicized suicide attempt of his own a few years later.

The story is one of redemption, as Royal tries to work his way back into his family’s good graces, first failing terribly but ultimately succeeding.

The film features a great score by Mark Mothersbaugh, the best of any of his work for Anderson, and a first-rate soundtrack featuring a lot of Velvet Underground and Nico. It’s hugely funny, and Anderson’s most quotable movie by far; there’s even a fake Goodreads page for Eli Cash’s novel, “Old Custer” (“It’s written in kind of an obsolete vernacular.”)

The emotional climax of the film is the Sparkplug Minuet scene, the best three minutes and 22 seconds of Anderson’s entire filmography:

Anyone who ever called Wes Anderson’s work soulless likely hasn’t watched The Royal Tenenbaums, as the film provides a special mix of humor, character, and heart.