Rock music has been heavily inspired by horror movies for decades, dating back to the early days when Screaming Lord Sutch captivated audiences with his famous horror-themed stage shows. Since then, there have been countless musicians who have been more than influenced by classic horror and science fiction films from the past. From Alice Cooper to Glenn Danzig and everyone in between, there has been an undeniable connection between horror movies and rock music since the early 1960s (maybe even earlier).

On the flip side, there have been very few horror movies that have been inspired by rock music, and most of those (at least that I’ve seen), all draw influences from one music scene in particular: punk. Apart from Jeremy Saulnier’s brilliantly crafted Green Room, the oeuvre of punk-rock horror films consists mostly of straight to video 80s cult classics — I’m of course talking about movies like Return of the Living Dead, Liquid Sky, Nomads, Class of 1984, and Class of Nuke Em High. The fact is, punk and Hollywood just don’t mix, and despite the wave of punk horror films released in the 80s, only two on my count ever made it to the big screen (Penelope Spheeris’ Suburbia and Alex Cox’s Repo Man) — and neither broke into the mainstream.

Director Jenn Wexler’s debut feature, The Ranger, is the latest entry in the genre. Set in the 1980s, The Ranger follows Chelsea (Chloe Levine), a pretty, young girl with a troubled past who is now living in Boston and hanging out with the wrong crowd. She’s just narrowly escaped an arrest at an underground punk show while carrying two bags of a popular street drug, and to make matters worse, her boyfriend, Garth (Granit Lahu), just stabbed a cop. Not knowing what to do and where to go, they decide to flee and take refuge at a remote cabin with three of their best friends. As it turns out, the cabin is also her uncle’s home, as well as home to a tragic event that left her uncle (Larry Fessenden) dead ten years prior.

With little to no respect for their surroundings, the band of misfits is there to party and cause trouble. Unfortunately for them, the local park ranger (Jeremy Holm) isn’t tolerating any of their anti-authoritarian bullshit, and it doesn’t take long before he sets out to punish them one by one for their crimes against Mother Nature. What follows is a cabin-in-the-woods slasher about a group of teens pitted against a psychopath whose only goal is to simply keep the national park free of pollution, drugs, and other bad behaviors. As a nod to those old school movies mentioned above, The Ranger is sure to appeal to a specific horror demographic, and while I doubt it will ever get a wide theatrical release, The Ranger is just good enough to recommend. 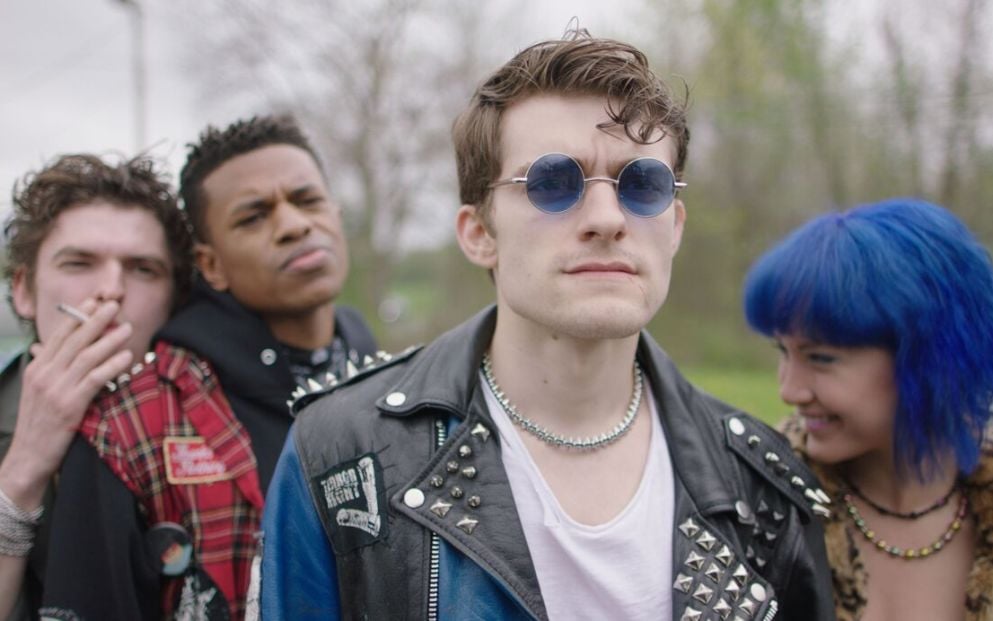 The Ranger is Wexler’s feature debut in the director’s chair, and it shows a lot of promise for her as a director.

It shouldn’t come as a surprise that the titular character in question is indeed the killer, and thankfully Jeremy Holm pretty much steals the show as a deranged Smokey-the-Bear-type, decked out in aviator glasses and a Mountie hat, dispatching his victims while citing the park regulations. Without him, the movie wouldn’t work — if only because the kids we follow just aren’t likable. It’s hard to cheer for these dopes when the movie opens with one of them stabbing a cop and the other leaving him for dead. Even worse, the movie presents them in such broad strokes that I can easily see real-life punks taking issue with the writing. Remember Bill Paxton in The Terminator? Imagine him, times five.

Chelsea is really the only character in the entire movie who you’ll want to cheer for, which is fine I guess, since she is after all the main character, but I just can’t help but think the movie could have done more with the supporting cast. Levine delivers a fine performance to boot, and despite some clunky dialogue, she remains an engaging presence throughout. Of course, it helps that we get a bit of her backstory via flashbacks to help us understand her childhood trauma. 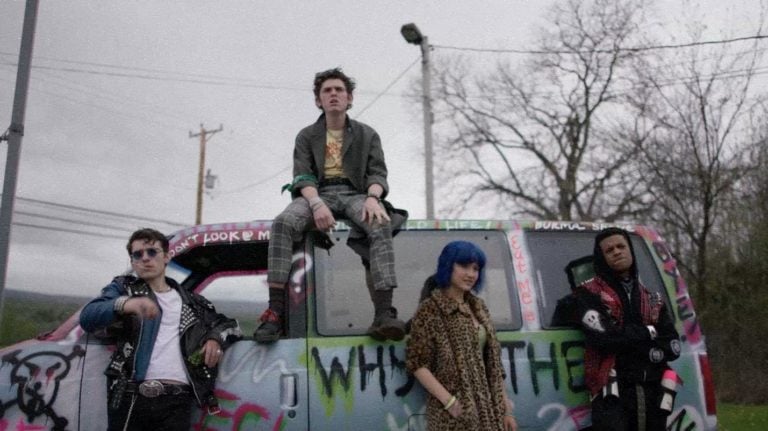 The Ranger is Wexler’s feature debut in the director’s chair, and it shows a lot of promise for her as a director. While the jury is still out on her writing skills, The Ranger looks great given its modest budget, and it sounds even better thanks to an incredible punk soundtrack, with songs spanning over four decades by bands like The Authorities, Fang, Dayglo Abortions, The Atom Age, and more. While I may not be a fan of the supporting cast, the film does share the same raw energy as the early ’80s films I grew up watching. It’s also a bit rough around the edges, which I actually appreciate — I wouldn’t want my punk horror films to look pretty.

Spike Lee Goes Back to the Future in ‘BlacKkKlansman’