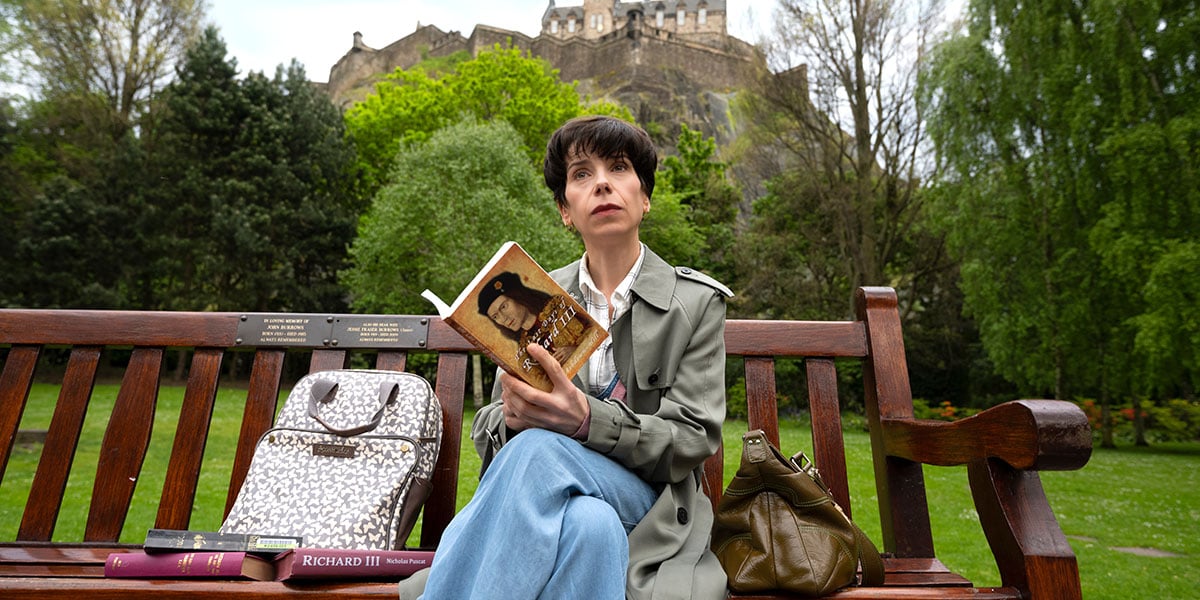 Richard III has long been a figure of intrigue, as the notorious monarch is arguably Shakespeare’s most iconic character — inspiring one of his most recognizable and performed works, helmed by famous actors from Laurence Oliver to Benedict Cumberbatch, and even Al Pacino in his directorial debut. Known as a usurper with a signature hunchback, Richard III is The Bard’s definitive villain, with this Tudor-era depiction shaping the history and common perception around him —which has been a point of contention between many scholars.

Stephen Frears’ The Lost King, is a retelling of a true story centering on amateur historian, Philippa Langley (played likably by Sally Hawkins), who battled skepticism, sexism, and bureaucracy in a quest to locate the final remains of the maligned monarch, to prove he was not the villainous figure the victors of history made him out to be.

Yet, for a subject begging for nuance and layered debate, the film markedly has none, opting for a more sentimental, one-note, and anodyne approach that zaps this contentious issue of its vitality — much like the remains at the centre of it.

Producer and co-writer Steve Coogan plays Langley’s supportive ex-husband, John, he’s essentially playing himself. Mark Addy stars as Dr. Richard Buckley, the archaeologist who directs the historic dig, and only comes to help Langley because of the financial incentive, Letting her down by not acknowledging her salience to the project. While Harry Lloyd portrays the titular king who comes to Langley in ghostly premonitions, dressed in full regalia and crown, comforting her with his (mostly) silent presence.

Yet, these private scenes between Langley and the spectral monarch unearth the film’s greatest shortcomings. In its attempt to rid Richard III of his villainous caricature, paints him as a dull, mute saint that embodies grace and wisdom. Frears and company forget that humanity takes on a greyer shade, and by illustrating him in this uniformly positive light are rewriting history to their liking, effectively echoing the Tudor “revisionists” they are critiquing.

Above all, this rendition of the infamous monarch is utterly boring and anti-dramatic. His famous charismatic malice is replaced with nothing, as the apparition that occupies the frame is utterly lifeless and lacking in personality. It’s obvious that Lloyd did the best with what he was given, but the sheer lack of dialogue, discourse, comedy, or even drama creates an experience that fails to entertain and rouse any genuine interest in its central concept. At most, the film gives more fire to the opposite perspective, establishing that it is more appealing to believe Richard III was the wicked villain Shakespeare and the Tudors made him out to be.

It all culminates in an experience that loses momentum far before its conclusion, and its would-be moment of triumphant discovery. Couple this with bland, serviceable filmmaking that is overflowing with rote close-ups and mediums that feel suffocatingly dull and limited in scope, and you are left with a wholly unsatisfying experience.

While The Lost King is admirable in its ambitions to highlight the story of a woman who was overshadowed by the academic establishment’s arrogance and complacency, the film is far too unlively to do it justice. Ultimately, It’s a misfired attempt at revisionism.

The Wonder Is a Gorgeous Bore

A Gaza Weekend is a Breezy Satire Stretched Thin