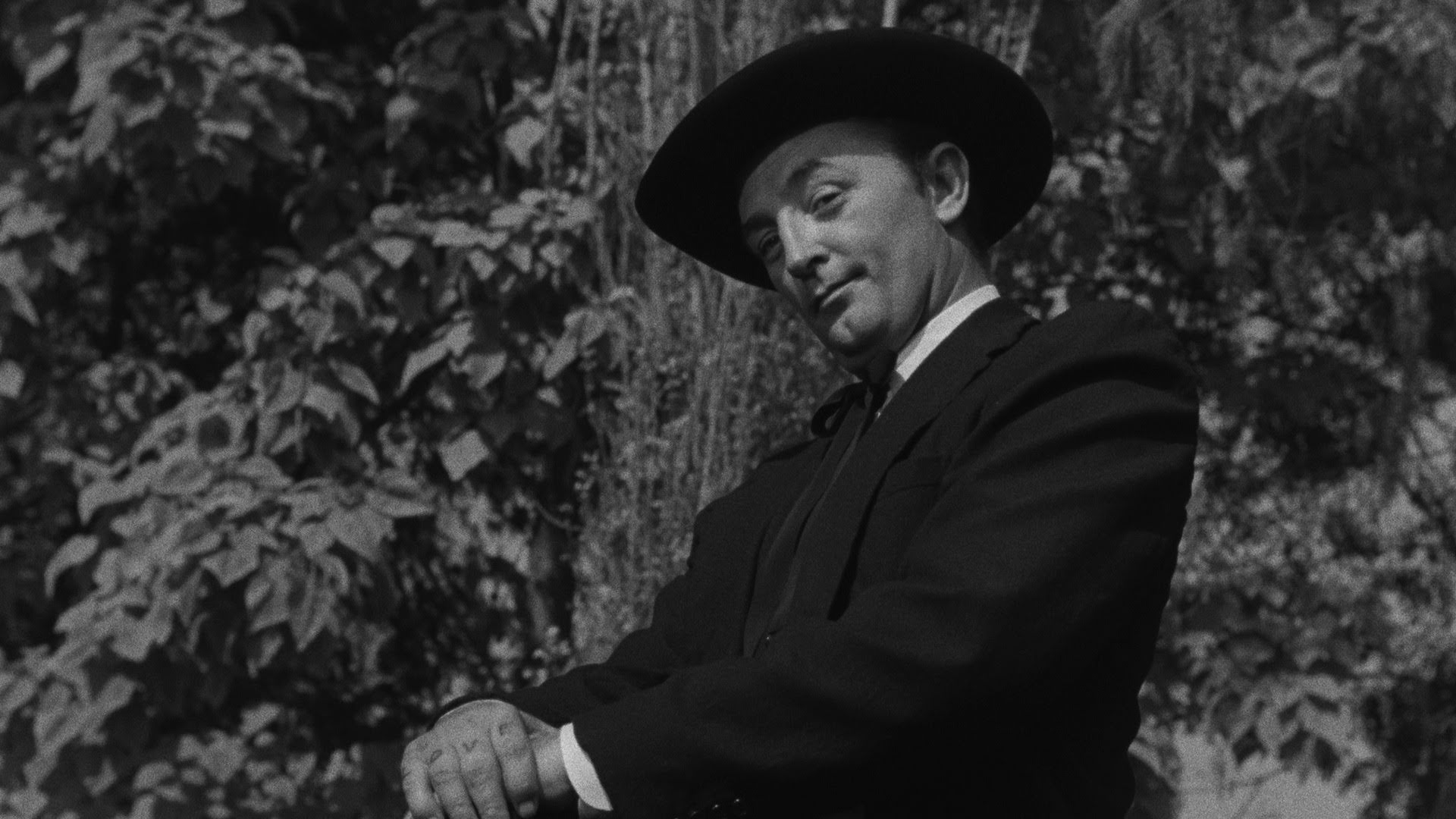 Charles Laughton’s The Night of the Hunter was a critical bomb that alienated audiences when it was released in 1955, mostly because no one knew exactly what to make of it. The story — about a charismatic serial killer named Harry Powell (Robert Mitchum) who ingratiates himself to Willa Harper, widow of an ex-con, so that he might discover the location of the ex-con’s hidden cash — is told as an original cocktail of noir, gothic-horror, grit, and expressionism. To watch it now, decades later, is to notice bits of the film that have been quoted so thoroughly that they no longer belong to Laughtonn; yet in its time, the film was far too unmoored from convention to be met with more than a bemused shrug.

Consider the hands of Powell, a self-anointed preacher who has “Love” tattooed on one hand and “Hate” on the other — a concept which has been referenced in the art of both Spike Lee and Bruce Springsteen. Scorsese’s Cape Fear also tangentially references The Night of the Hunter, even while adapting the original Cape Fear (another Robert Mitchum vehicle). One of the film’s most striking shots was constantly cribbed by the Coen brothers in The Man Who Wasn’t There, and a bravura sequence in which Willa’s children flee downriver from Powell seems like a Rosetta stone for Terrence Malick’s filmography. Perhaps most influential is Powell himself, whose implacability can be found in villains from Michael Myers to Anton Chighur. Powell is an original force of pure evil.

Still, Laughton’s film manages to bestow Powell with psychology and complexity without sacrificing the character’s representation of complete moral corruption. Powell both loathes and covets women — a trait which presages even the concept of Serial Killers, but would go on to be a cornerstone of killers in pop culture. He is both dead-eyed and incredibly charismatic, leaving Willa’s son, John —the only character who mistrusts Powell in the film — alone in his suspicions of the preacher. 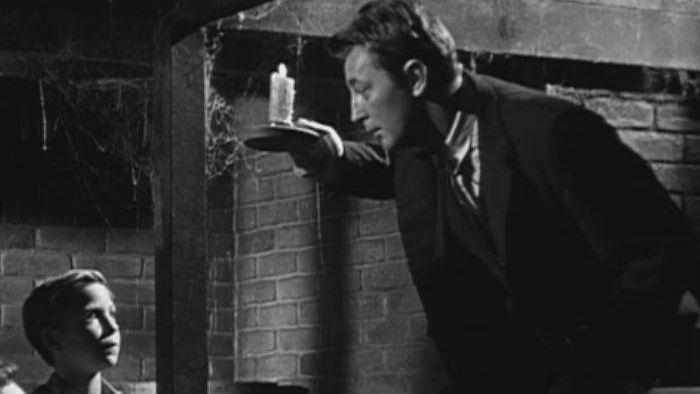 Importantly, the dynamic between John and Powell is the font from which The Night of the Hunter’s estimable horror flows. The idea that John is right but has not a single grown-up to turn to provides the film with its most primal terror. Laughton then yokes the film’s tone to Mitchum’s performance; the actor portrays a terrifying, indelible villain, whom we first meet as he is fleeing the scene of a murder, yet he is also roguishly charming and occasionally a buffoon (never more so than when he falls down the stairs trying to chase the Harper children.)

It’s impossible to discuss The Night of the Hunter without discussing its most bold segment, in which John and his sister Pearl float downriver, fleeing Powell after he has brutally killed their mother. Laughton frames the sequence on a set that is made more surreal by its artifice, and focuses his camera close on images of wild animals who witness the children’s flight. It’s a long, wordless segment, haunted by the dogged presence of Powell, who refuses to cease his chase. The scene amounts to an unforgettable nightmare, in which no matter how fast the children move, they cannot possibly outrun their attacker. The scene is a distillation of the whole film: though the children might not realize it,  Powell — like something supernatural — has been chasing them since he first heard about their father’s money. The preacher is a perversion of wholesome images from small-town American myth, and one of the most impactful and unforgettable villains in cinema history.