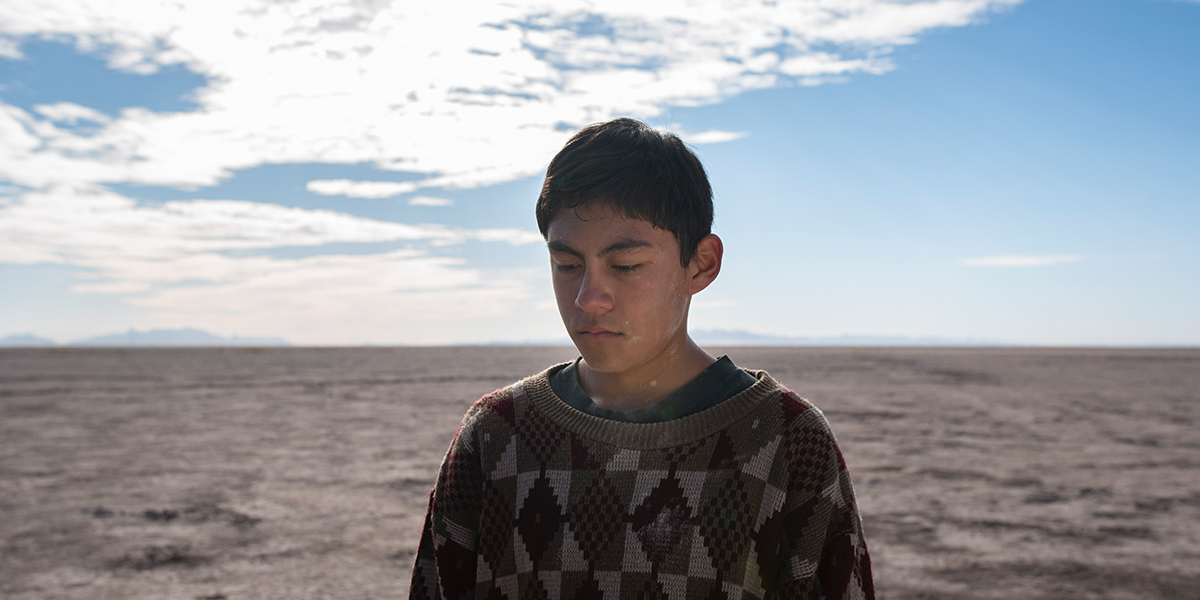 Having difficulty shaking the feeling that his estranged father just walked right past him, Hatzín (played by Hatzín Navarrete) confronts the man in Lorenzo Vigas’s latest film, The Box. What begins as a boy’s inability to process grief turns into a glimpse into the criminal underpinnings of Mexico’s manufacturing industry and how the gears turn. Balancing the morality of doing something evil for the family, Vigas’s straightforward narrative provides just enough bouts of tension to illustrate how a broken system justifies itself to seemingly moral men.

When young Hatzín goes alone to retrieve a box of his father’s remains and belongings after a mining accident claims his life, he is barely given a moment to accept his father is no longer with him when he runs into Mario (Hernán Mendoza) – a dead ringer for his father. Whether he is or isn’t his father remains beside the point as Hatzín firmly believes it to be true. Mario takes him in under his wing and exposes him to an immoral life that Mario believes to be justified as it puts food on the table for his family.

What Mario does for a living is where the lines blur frequently on what’s right and wrong. He helps find work for labourers at factories where it doesn’t necessarily pay well, but it pays. Mario tries to get Mexican workers the jobs that are usually threatened to be given to immigrant workers for less money. When Hatzín sees the ways in which Mario frightens workers from complaining about their jobs, the question becomes whether the ends justify the means.

The entirety of The Box is told from Hatzín’s perspective. He’s smarter than his quiet demeanor suggests which ends up giving him front row seats to all of Mario’s dealings. There’s a bond formed between them and that trust feels familial even if Mario might not actually be his father – someone who Mario is adamant he is not. Their chemistry is endearing and carries the film, especially when bouts of tension between the two momentarily arise. It punctuates the feelings they have for one another but also helps add complication to the narrative – something it desperately requires.

By the time The Box finishes, it’s not a wholly satisfying experience. The relationship between Hatzín and Mario is quaint but it lacks much substance besides being the focal point of the story, leaving more of the burden on Hatzín’s shoulders to keep things interesting. It mostly succeeds and Navarrete embodies the role with a quiet, observant nuance. There just isn’t much more beyond the surface and that makes the missed potential of The Box to further explore its moral gray areas all the more frustrating.

TIFF 2021: Vengeance is Mine, All Others Pay Cash Confronts Male Fragility