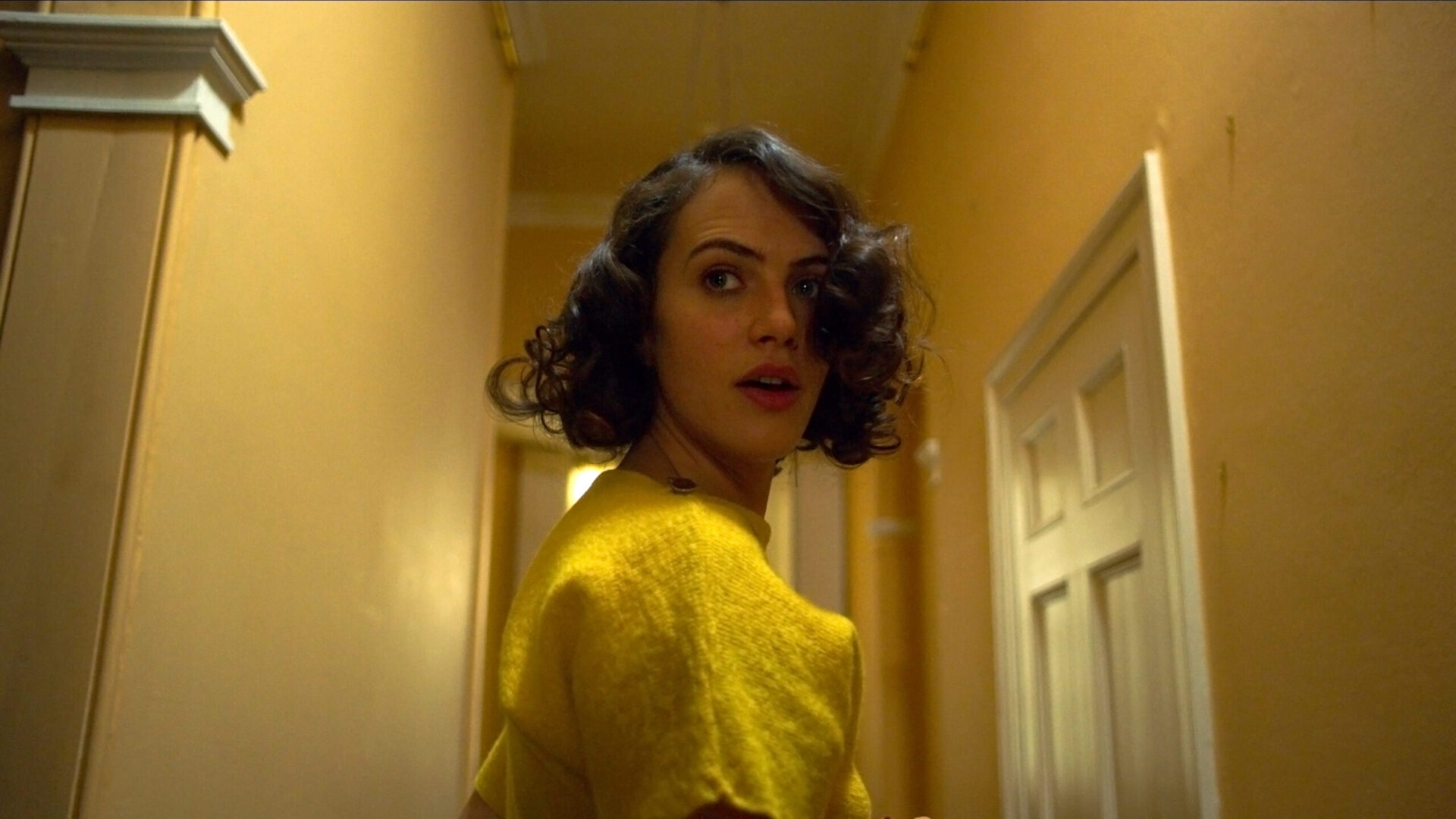 Based on a true story of the “most haunted house in England” and amplified by its backdrop of an impending World War II, The Banishing is almost always compelling, even if it fails to be much more than a ghost story built on trauma. Anchored by Jessica Brown Findlay’s enchanting performance and Sean Harris’s always-magnetic screen presence, the film provides a slightly layered nuance to its horrors while stretching itself thin narratively. Director Christopher Smith’s latest has just enough visual trickery, ghostly apparitions, and real-life horror to maintain intrigue in an otherwise standard haunted house film.

As fascism’s threat to civilization looms large and war becomes an all-too-real possibility, young vicar Linus (John Heffernan) moves into Borley Rectory to help restore faith in God in the local parish. Moving in with him is his wife, Marianne (Findlay), and her daughter, Adelaide (Anya McKenna-Bruce), who have both had a troubling past which Linus hopes to keep a distant memory of. When strange occurrences start happening in the manor, a rift forms between the recently-married couple, and the hostility between religion and the secular maintains a grip on their marriage.

While Marianne remains the heart of the film, The Banishing is at its most compelling when exploring the blind faith of Linus, as well as his struggle to retain control over the supernatural and his free-thinking wife. Essentially a foot soldier for the Church, Linus is suddenly thrust into a position of power by Malachi (John Lynch) – a priest who promoted the young missionary to vicar status and gave him the manor and the responsibility of restoring faith in God to the community. A puppet to Malachi and the Church, Linus is a fascinating example of the parallels drawn between war and religion.

It’s the inexplicable supernatural occurrences that happen in Borley Rectory that push Linus to the brink as what he believes contrasts heavily with what he knows. The rising similarities between both his wife and the local occultist, Harry Price’s (played to delightful perfection by Harris) thoughts, end up creating internal chaos that Heffernan portrays with just the right mix of anguish and hostility. The ways in which free-thought creep throughout The Banishing end up giving the film a little more to chew on, as unfortunately, its scares are lackluster, to say the least.

Utilizing plenty of standard haunted house tropes and the occasional neat visual scare, the overt attempts at horror tend to feel silly in comparison to the film’s stronger, quieter moments. In this regard, the climax of The Banishing betrays itself even as it further explores the tortured past of its characters. The third act only really works because of Harris who always delivers a fun and engaging performance and is given much more screen time than earlier in the film. Even then, while he leans into his character with zest, his performance is also strongest when it’s in those quiet contemplative moments of introspection.

Aesthetically, The Banishing’s strongest element is its ability to amplify the “violence begets violence” motif throughout the film. It’s subdued for a majority of the film, but the production design later exemplifies the idea that the cycle of violence will perpetuate itself as similarities are more overtly drawn between the past and the present. The history of what happened at Borley Rectory is a traumatic past that can’t be ignored and moved on from, making Marianne a perfect protagonist to explore what happened. She and Harry are burdened with their own personal tragedies that ultimately drive them to question the accepted.

There’s no doubt that The Banishing will satisfy those who can’t get enough of a good haunted house story. It’s a bit of a shame though that Smith’s film works best when people are wrestling their own demons and not when the film tries to be the haunted house film it ends up being. People can be their own haunted houses and it prods at that concept, but ultimately finds itself walking in familiar spaces. Engaging throughout thanks to its talented cast, there are just too many familiar tropes to elevate The Banishing beyond another slightly above-average haunted house film.

Blow at 20: An Entertaining but Iffy Goodfellas Knockoff