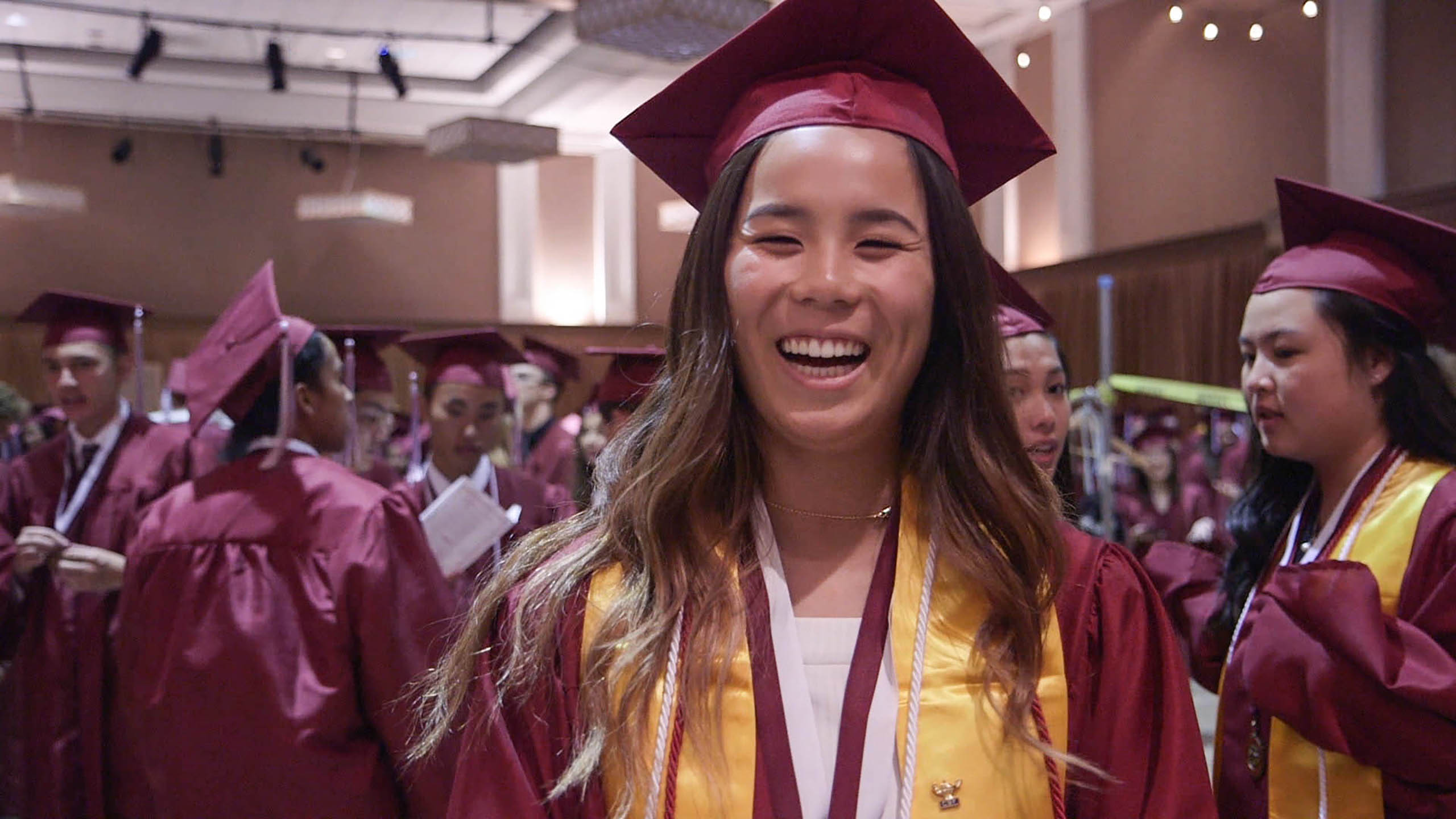 It’s not exactly controversial to say that high school is hell, but in Debbie Lum’s documentary Try Harder!, she homes in on one of the most torturous circles of hell: college application season. It’s bad enough at nearly any American high school, but Lum’s portrait is devoted to San Francisco’s prestigious Lowell High School, considered one of the most prestigious public high schools in the country. It’s one of a handful that requires a strong GPA and an admission test to gain entry, as it is intended to foster academic excellence among the most high-performing students. In Try Harder!, Lum explores what makes Lowell different from so many high schools while highlighting its fascinating students, even if she tends to gloss over the school’s homogeneous makeup.

Where many students in other high schools across America are preparing to go into the workforce after graduating or considering applying at state schools or community colleges, many of Lowell’s students are applying for the best of the best. Stanford is one of the most popular picks, as it’s one of the most prestigious schools in the country and it’s nearby, but plenty of other students are aiming at Harvard, Yale, and every other Ivy League school. Lum points out from the start that Lowell is a majority Asian school, whereas Black students make up about two percent of the student body, despite being over five percent of San Francisco’s population. The school’s racial makeup causes issues for some of the students applying for college, as prestigious universities have moved to set limit admission for Asian students as their numbers have dwarfed other racial and ethnic groups. One visiting admissions representative from Stanford puts it in terms the students might understand, asking, “Would you want everyone at your school to be the same?” (Although it’s not clear how many of the students object to the lack of other minority representation at Lowell.)

Among the most compelling students profiled is Alvan, a Chinese–American student whose ebullient personality makes him a widely liked figure. He’s applying to a staggering number of Ivy League schools and the most elite University of California schools, with his nagging mother constantly dictating where he has to apply next. It’s easy to feel sympathy for him, as he doesn’t have any agency in the process. His entire high school career has been about taking the path laid out by his parents, which is about status rather than his actual career goals, and he doesn’t gain any more control when his mother forces him to go to the school with a more prestigious reputation, instead of the one that has the ideal research opportunities that would suit his future career. Alvan’s family doesn’t appear to be particularly wealthy, but Lum is so focused on the race of the students at Lowell that she glosses over the economic and class aspects that set them apart from other high schoolers. Obviously, not all of the students are well off, but plenty clearly are, and a quick search of available houses near the school shows that even the dinkiest homes cost almost one million dollars. Lum shares the students’ concerns that they’re being discriminated against in the admissions process without giving a full picture of where they fall in the social pecking order.

Not all of the students profiled in Try Harder! come from the same privileged background. One student, who’s only a junior and therefore has an extra year before he has to freak out about applications, has a heartbreaking stint where he’s homeless after his deadbeat father gets them kicked out of their apartment for using drugs. He’s able to find another spot within the district with the help of his grandparents’ money, but one gets the sense that when some of the students are complaining about how hard it is for them to get into college, they don’t know how hard it is for some of their classmates to even make it to school each morning. Another student, who identifies as biracial, recounts how other students tell her that all of her accomplishments are because she is Black, despite her being a high achiever too. Lum includes these portraits to give a more nuanced view of Lowell, but it’s only the students at the margins of the school body who have to consider the high school hierarchy.

The students featured in Try Harder! are almost always charming, and Lum has crafted an intriguing look at how much more cutthroat admissions processes have gotten in recent years. But her film often settles on the simplest surface issues, robbing viewers of a deeper understanding of Lowell or college admissions. The movie will appeal to many people curious about how selective schools have gotten, but it won’t teach you much about why Lowell stands out from so many other schools.

Saint Maud Devotes Itself to a Masterful Slow Burn

Sundance 2021: At the Ready Examines how Texas High Schools Recruit Students Into Policing