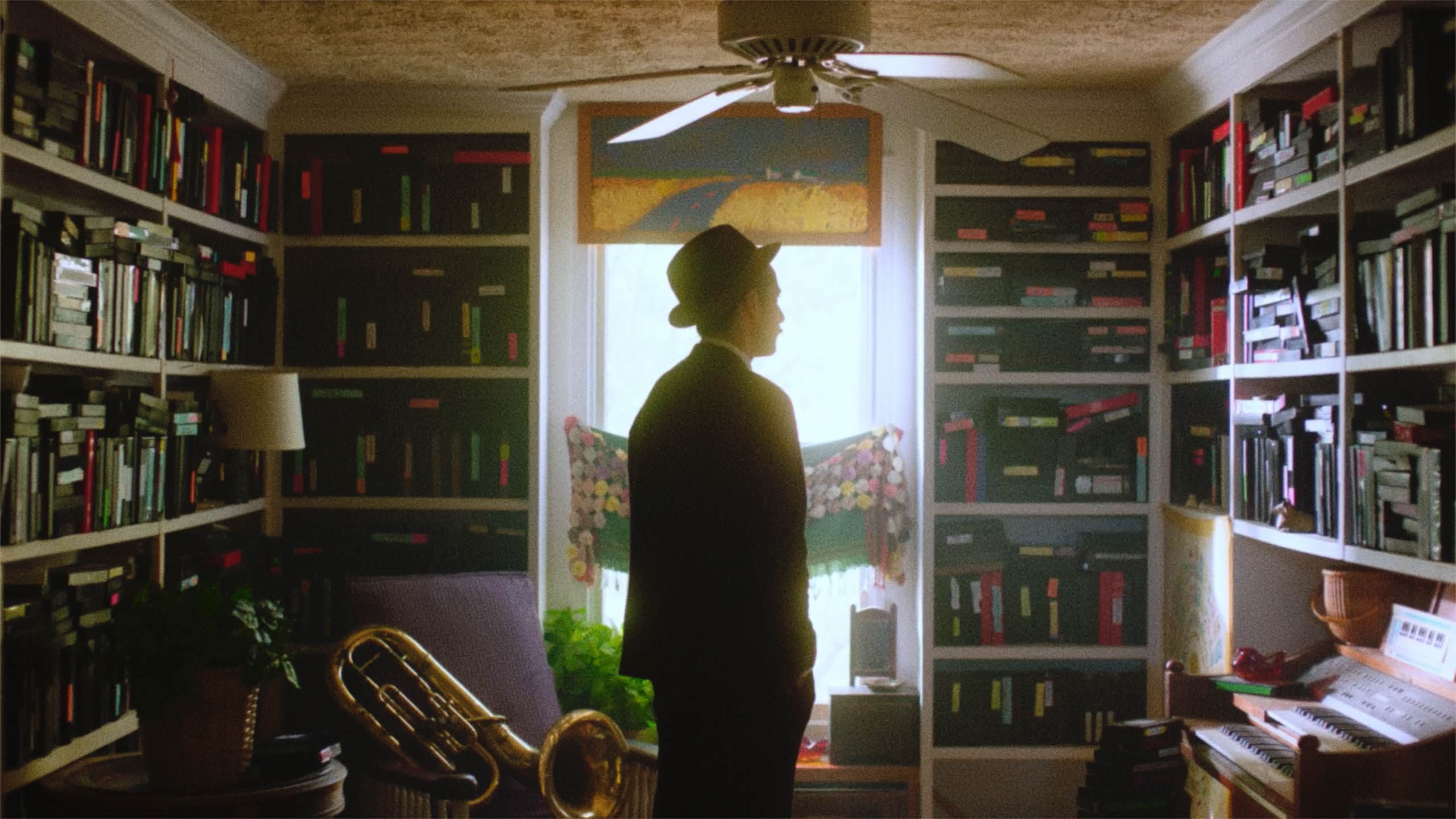 Strawberry Mansion is a film that is clearly informed by quite a few specific influences, yet adds up to something wonderfully original.

It’s a love story across space and time- a sort of modern gloss on Michel Gondry’s Eternal Sunshine of the Spotless Mind, with a lot of David Lynch thrown in for good measure, and an ending that feels like a homage to Big Fish. Strawberry Mansion, which debuted at the Sundance Film Festival on January 29, won’t be for everyone, but it was certainly for me.

Strawberry Mansion, directed by the duo of Albert Birney and Kentucker Audley – No, the title has nothing to do with the Philadelphia neighborhood of the same name –  has something of an off-kilter premise, but you’re meant to just go with it.

In the film, set in 2035, people’s dreams have been monetized, both by the government (in the form of taxation) and by corporations, who find a way to advertise there.

Audley, the co-director, plays a tax collector, for dreams. He goes to the home of  Arabella Isadora (veteran actress Penny Fuller), interviews her, and then ends up using a strange helmet apparatus to explore her dreams and sub-conscience.

He ends up falling in love with Arabella’s younger self (Grace Glowicki), a love that takes many forms over a considerable period of time.

This premise lends itself to some extremely cool visuals, and Strawberry Mansion is full of weird sights, like a waiter with a frog’s head, or buckets of fried chicken showing up where they’re least expected. This is the kind of movie that’s eventually going to have its own subreddit, dedicated to unraveling its mysteries.

Another great thing about the film is the many anachronisms. It may be the future, yet everything is old-timey, from his car to the use of VHS tapes to the various other contraptions that look like 1950s ideas of what the future will look like.

Strawberry Mansion was not in Sundance’s “Midnight” section- it’s in the “Next’ part instead – but it undoubtedly has a future as a midnight movie. Preferably one with big crowds, once the pandemic ends.