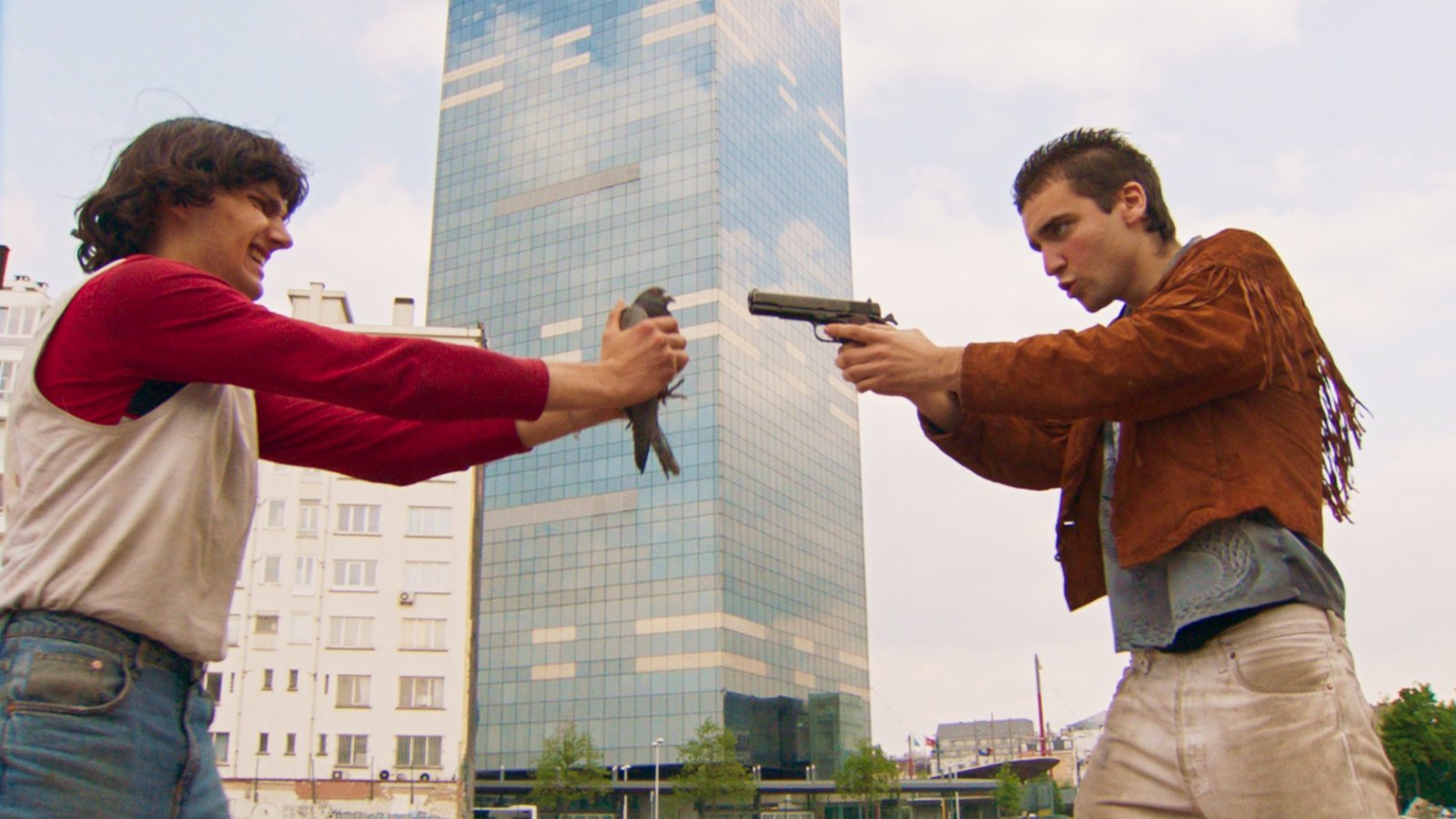 The film was directed by the Belgian brother duo of  Harpo and Lenny Guit, and Harpo stars along with Maxi Delmelle. The two play Issachar & Zabulon, a pair of idiotic, man-child brothers who live in a tiny flat in Brussels with their sex worker mother, Cashmere (Claire Bodson.) They’re sometimes joined by a goofy sidekick, with a shaved-down-the-middle haircut like that of Bundini Brown.

The entire film runs just 70 minutes, and follows the brothers’ misadventures over the course of a single day, very much in the tradition of the Safdies’ Good Time. These include funny pranks, attempts to rescue their mother’s missing dog January Jack, run-ins with police and street toughs, and much, much worse stuff than that. The two brothers also spend a great deal of time scuffling with each other.

The film did lose me a bit in its final moments. But then again, even Kevin Smith or John Waters might watch what happens here and declare “no- too much!”

Other brotherly filmmaking teams like the Safdies and the Dardennes appear to be obvious influences, although it’s pretty clear Jackass was as well, as were various YouTube prank genres.

At Sundance, Mother Schmuckers was a midnight screening, one that — alone among the films I saw at the fest — required users to check a box promising that they were 18 or older. This is a movie that it should probably be illegal to show before midnight.

Ben Wheatley’s A Field In England– Flawed but Fascinatingly