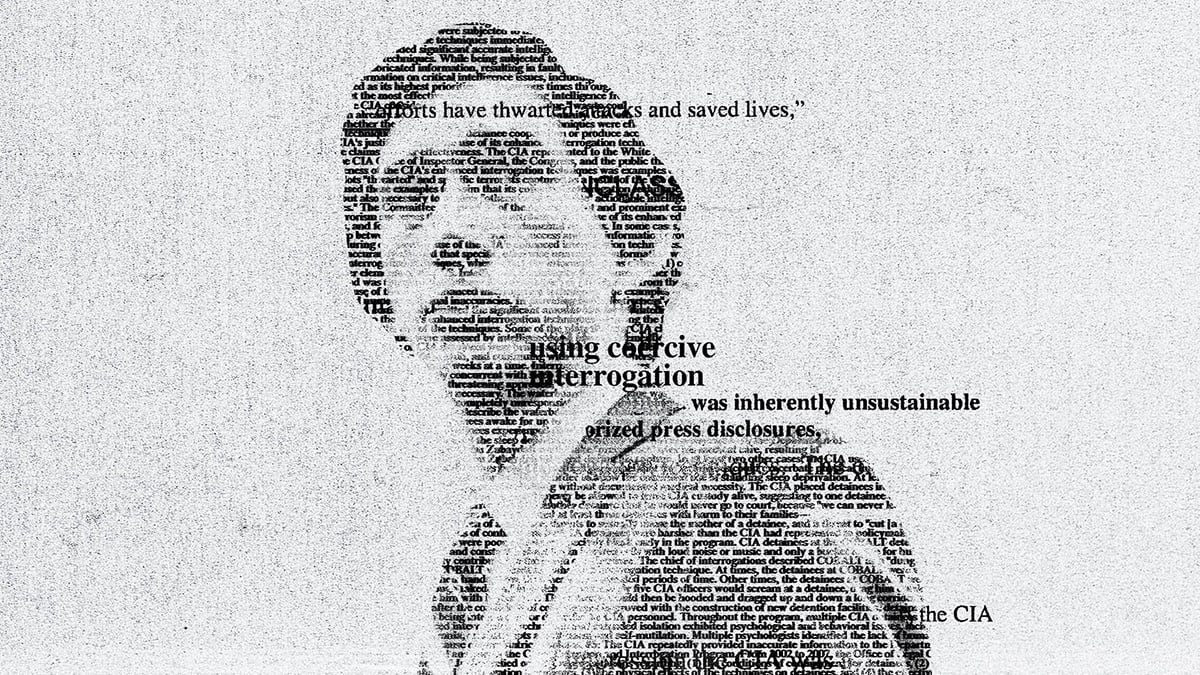 The standard joke among film critics is that many of the films they fall all over themselves to praise at Sundance will end up having mediocre, flash-in-the-pan releases once the wider critical community gets a glimpse. Usually, those films are pleasant but forgettable dramedies, but for the 2019 festival, a super-serious drama with an impressive pedigree takes the cake. The Report (formerly The Torture Report) attempts to make sense of the United States’ shameful embrace of torture in the days and weeks following the September 11 attacks, and it demands to be seen due to the urgency of its story and the moral consequences of ignoring it. Yet as important as its story and the facts contained within are, The Report is a work of incredibly shoddy filmmaking, only barely rescued by a good-not-great performance from Adam Driver. Such a necessary reckoning with history deserves a totally assured film, not the flimsy premium cable-quality work that writer and director Scott Z. Burns has created.

Adam Driver leads an impressive ensemble cast as Senate staffer Daniel Jones, who works for California Senator Dianne Feinstein (Annette Bening) in the later years of the Bush administration and the early years of the Obama administration to craft a definitive report on the use of torture (or “enhanced interrogation techniques”) against suspected terrorist detainees by the CIA. As the political tides turn and the administration’s transition, he faces unexpected roadblocks from the Deputy National Security Advisor and eventual Chief of Staff to Barack Obama, Denis McDonough (Jon Hamm).

Burns’ marshaling of the historical record is impressive, and The Report is packed with scenes that will make many viewers react with disgust regardless of their political affiliations and beliefs. Because of that, I have no hesitation in recommending everyone see the film if only to better understand the workings of their own government. I consider myself a politics junkie, yet there was considerable information in the film that was new to me and broadened my understanding of the events. At a Q & A following the film’s Sundance premiere, Burns asked how many audience members still believed that torture worked (only one man raised his hand) before revealing that somewhere near half of all Americans believe so. The film is essential, if only as a corrective to years of misinformation.

Unfortunately, despite the importance of the events he dramatizes, Burns has crafted a film that fails to live up to their significance. Though he has worked extensively as a screenwriter and has written multiple acclaimed films for his longtime collaborator Steven Soderbergh, this is Burns’ first feature as a director, and it shows. The man has no visual flair whatsoever — nary a shot has any kind of interesting composition, and he and cinematographer Eigil Bryld seem constrained by the omnipresence of fluorescent lighting in government buildings. (It’s worth noting that many of the scenes in Paul Thomas Anderson’s Phantom Thread were shot under fluorescent lighting, so the harsh lights need not limit a real visual artist.) Soderbergh is a producer on the film; one wonders what a true visual stylist like him might have made of the film. Even when Burns does try to ape Soderbergh’s style he fails miserably. Multiple flashback scenes of the CIA immediately after 9/11 are shot on a lower quality digital stock and use a yellowish filter the color of curdled milk, mimicking the different color schemes Soderbergh used to distinguish storylines in Traffic (2000). The intensely ugly scenes do what they’re supposed to do, i.e., show that they’re happening at a different time, but they do it in a frustratingly obtuse way. Soderbergh was shooting on warm celluloid, not the harsh digital that Burns uses, creating a different visual and emotional sense. If a color scheme change is necessary to show that a scene is a flashback, something has gone wrong with the storytelling.

Burns has never been the most lyrical screenwriter, but his words have always been appropriate and workmanlike. Here, his dialogue reads more like an info dump, a way to present the most information possible in the fewest number of words. Nobody really speaks like a human being in the film, and there’s no sense that they have lives outside their work. There’s also an annoying tendency to restate major points just to make sure the audience gets it, even though these characters would never have spoken so bluntly about subjects they were all familiar with.

If there’s a saving grace to the film, it’s the often strong cast. Adam Driver is fueled by a justifiable sense of outrage that makes him intriguing, even when the words he’s been given to speak are banal. Bening does a striking impression of Feinstein that will ring true to anyone who watches much cable news. And Hamm is appropriately slimy as McDonough, who pretends to be on the side of the good guys while doing his best to quash the investigation. (Strangely, despite using makeup and wardrobe to make Bening look eerily like Feinstein, Hamm’s hair wasn’t even dyed to match McDonough’s recognizable salt and pepper.)

An honest accounting of Burns’ failures as a filmmaker feels a bit like castigating him for his good intentions. After all, as a work of popular history, The Report is necessary and probably should be seen by most Americans. But it’s still an immense failure that the movie’s filmmaking is so out of step with the story’s necessity. It’s better to have this disappointing reckoning exist, rather than to have the story locked away from the general public. But we deserved better.

The Hole in the Ground Is a Chilling Body Snatchers Redux

‘Alita: Battle Angel‘ Avoids the Uncanny Valley to be a Technological Marvel