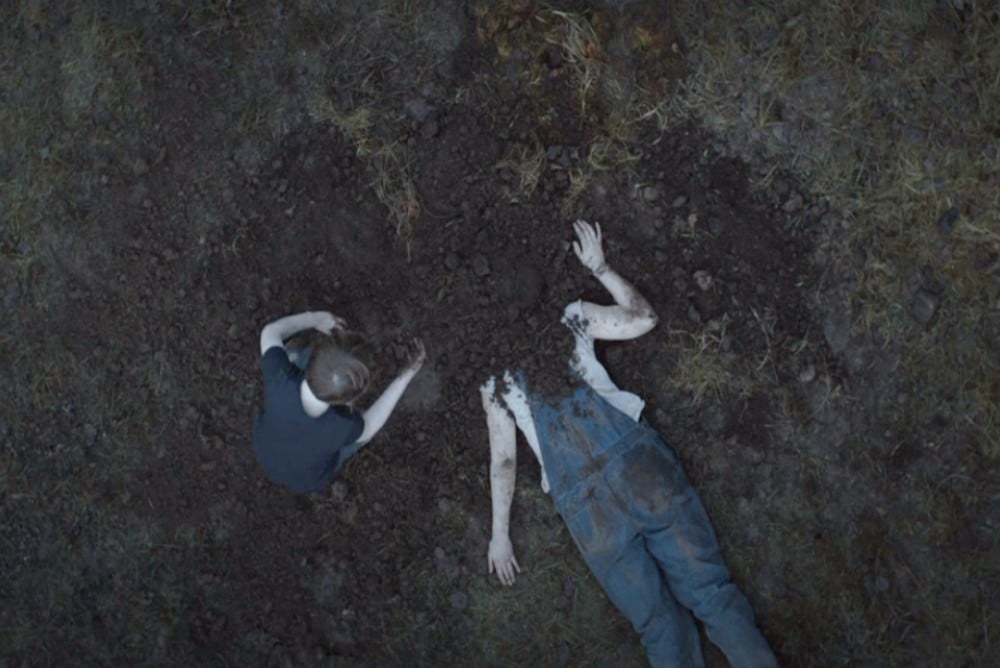 Sundance 2019: The Hole in the Ground

Many of the best horror films take inspiration not from fantastical scenarios, but from the more ordinary terrors of real life. The original Invasion of the Body Snatchers did just that; the science fiction/horror story was inspired by a real-life psychiatric disorder — the Capgras delusion — in which the affected person believes that friends or family members have been replaced by impostors. The Hole in the Ground, an Irish horror film, is similarly inspired by that eerie sense of shifting reality. Its frights aren’t revolutionary or iconic like Body Snatchers, but it’s nonetheless chilling enough to make you give your loved ones a closer look.

The film stars Seána Kerslake as Sarah O’Neill, who has moved herself and her young son, Chris (James Quinn Markey), out to a tiny rural village in the wake of her marriage’s dissolution. While exploring the new area, Sarah and Chris stumble upon a massive sinkhole in the woods which seems to be steadily expanding and swallowing the foliage. Shortly after the discovery, Sarah nearly drives her car over a haggard old woman walking in the middle of the road. As she comes to learn the town’s gossip, Sarah discovers that the old woman is infamous in the area for having run over her own son with a car, claiming that he was an impostor and not her real son.

Sarah puts these strange events out of her mind until Chris goes missing one night during a tumultuous storm. She fears the boy has sneaked out of the house and been swallowed up by the sinkhole. He eventually returns that night, claiming he was in bed the whole time, yet Sarah knows that’s not the case. She resolves to keep a closer eye on Chris, but begins to notice strange behaviors. He suddenly enjoys eating foods that previously repulsed him, and his shyness has been replaced by uncharacteristic extroversion. He has also forgotten the clandestine games he and his mother used to play. Sarah starts to wonder if the child living with her might not be her son and if that hole in the woods might hold an explanation for his strange behavior.

The Hole in the Ground, which is directed by Lee Cronin and co-written with Stephen Shields, derives most of its power not from its creepy story, but from Kerslake’s extraordinary range of emotions. Her enormous eyes are excellent vehicles for fear and outright horror, and the smile she displays in moments of parental bliss with her son threatens to melt even the stoniest viewers. Markey, for his part, avoids the cloying tics that affect many young actors. It’s become fashionable to saddle children in horror movies with various behavioral disorders, a lazy shorthand to display the difficulties of parenting, but Chris is a fairly unremarkable child, which makes it all the more concerning when his behavior begins to change.

Cronin manages to concoct a good number of horrors without relying on gore or jump scares, but the screenplay seems a bit loose and wobbly at times. In addition to the possibility that Chris really has been replaced or altered, the movie hints that Sarah might be hallucinating everything and having some kind of breakdown. When she’s cared for by the small town’s doctor (who knows everyone’s secrets), it also seems to suggest that the town itself has conspired against her. These possible avenues are introduced in a cavalier manner and never resolved; they play more like fat that should have been trimmed rather than true red herrings.

The film recovers, though, and sustains a pleasant aura of menace even when it’s not being outright frightening. Though perhaps seeming a bit slight, that’s not necessarily a negative; The Hole in the Ground plays more like a chilling short story more than a full-fledged novel. Its aims aren’t at all grand, but it’s still a frightening tale.

Watch The Hole in the Ground

The Report is the Festival’s Most Overrated Film