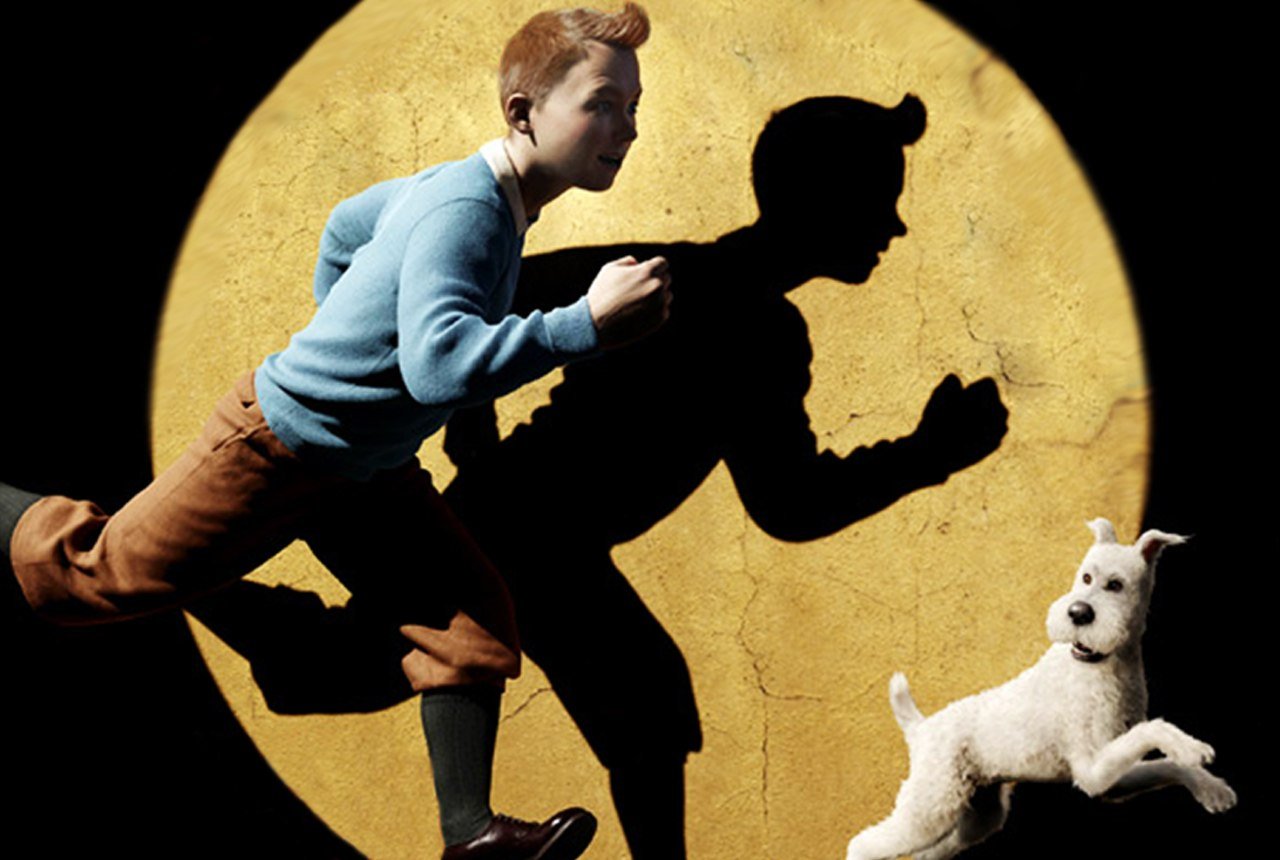 Intrepid reporter Tintin and Captain Haddock set off on a treasure hunt for a sunken ship commanded by Haddock’s ancestor.

A point of controversy regarding Spielberg’s The Adventures of Tintin when released was the issue of whether or not, due to its heavy motion capture leanings, one should classify it as an animated film. Regardless of my own opinions regarding the topic, I shall refer to what this film presents as animation for the sake of convenience. On a similar note, since this is an animated film, the use of phrases like “camera work” and “cinematography” seems questionable on a semantics level. Again, for the sake of convenience, I shall use such wording, as it is the film’s cinematography, combined with its editing, that provides the biggest positive impression.

The camera here flows with an unceasing, fluid grace in scenes of both creative match cuts and dissolves – deserts morphing into oceans in a diversion into a flashback, bottles in one scene becoming telescopes in a entirely new one – and enthralling “one-shot” action sequences covering a considerable amount of ground. An example of the latter is a stunning Morocco-set chase sequence that glides across a downhill town in one long, unbroken swoop, covering the exploits of several different characters, in varying means of transportation, while also giving a clear impression of the increasing destruction and imminent obstacles provided by an approaching flood. An absolutely enthralling sequence, it is highly representative of the film’s success as a stellar example of action-adventure filmmaking, and not just of animated examples.

Like in some of Spielberg’s earlier Indiana Jones films, we’re thrust into the story almost immediately. Regarding those films, however, comparatively little time is spent on the protagonist’s downtime here; we at least get to see a bit more of Jones in his college professor day job than we do Tintin before their respective adventures start. While this might be a problem for character engagement, Tintin’s history is hinted at nicely through some nice dialogue hints and visual displays of his past escapades in his room during a pleasant little scene. As such, a character that could so easily have been depicted as a blank non-entity thanks to the film’s rapid pace still maintains a degree of engagement despite his lack of extremely clear definition, though he is admittedly nowhere near as entertaining alone as eventual adventure companion Captain Haddock. As that character, motion capture expert Andy Serkis virtually outshines every other actor in the film, providing a highly expressive, frequently amusing but sympathetic performance. Were it not for the just as important and delightful dog, Snowy, he may well have stolen the entire film.

Regarding the cited expressiveness, it is a treat to have a motion capture animation free of the haunting “dead eyes” of the likes of Robert Zemeckis’ work of the last decade. The characters here, while of course shaped to befit a particular visual style, convey emotions in a recognizably human way. Alongside the creative prospects for action cinematography, the decision to adapt Tintin in this way is justified by the success here with the motion capture. Furthermore, in regards to the visuals, this is a generally beautiful looking work. While lacking in the specific art style associated with the source material, outside of the opening credits and a cute reference in the opening scene, the look of the film’s world is vibrantly colourful and whimsical and accommodating of nice references to styles of the likes of film noir and pirate swashbucklers.

Fuelled by its wonderful style, and a good screenplay from Steven Moffat, Edgar Wright and Joe Cornish, The Adventures of Tintin stands as one of the best adventure films in quite some time, and certainly one of Steven Spielberg’s best contributions to the genre.

The Best Movie Posters of 2021