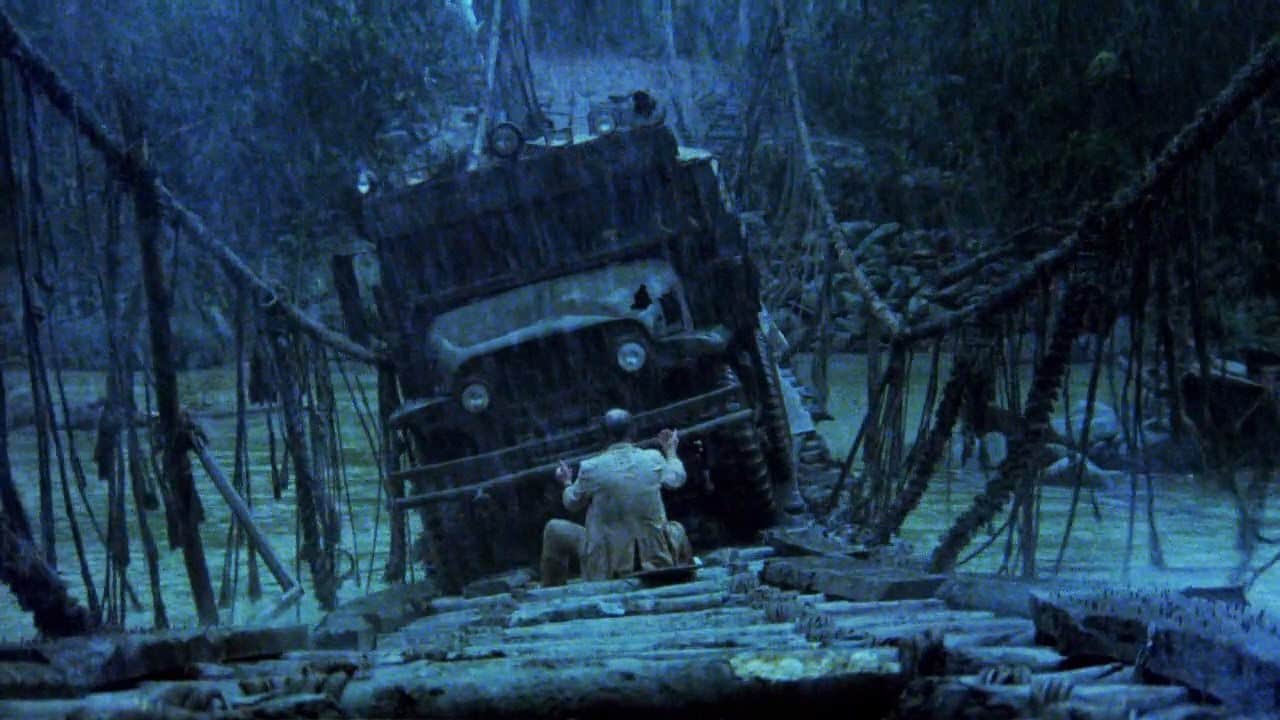 I’m weary of contemporary remakes. Amidst a film industry afraid of taking chances, they represent a cynical cash-grab. The only movies that get remade are popular classics, but when the same story is approached without the earlier film’s inspiration, the product is invariably a disappointment. It wasn’t always that way. Classic Hollywood films like The Maltese Falcon (1941), His Girl Friday (1940), and Gaslight (1944) had all been previously adapted. Alfred Hitchcock shot The Man Who Knew Too Much twice, and Howard Hawks made three different versions of Rio Bravo. These remakes work because they were created by inspired filmmakers who weren’t simply cashing in on established film properties.

When William Friedkin decided to make his own version of Henri-Georges Clouzot’s The Wages of Fear (1953), it should have boded well. Friedkin was at the top of his game after directing The French Connection (1971) and The Exorcist (1973), and his remake (a term he steadfastly refuses to use), which would come to be known as Sorcerer, is an inspired film, one that astounds and frightens in equal measures. Yet it was an enormous failure at the box office, and one of the first signs that the New Hollywood was coming to an end, to be replaced by the age of the blockbuster.

Sorcerer begins with a series of vignettes that introduce its lead characters. There’s a Mexican assassin (Francisco Rabal), a Palestinian terrorist (Amidou), and a corrupt French banker (Bruno Cremer). Friedkin shot the sequences using as little dialogue as possible — and subtitles when necessary — which apparently led some audience members to walk out thinking they had accidentally gone to a foreign film. The fourth vignette introduces us to Roy Scheider as Jackie Scanlon, a small-time crook who gets on the wrong side of a mob boss after stealing from his church and injuring his priest brother. Scheider was at the summit of his career after starring in Jaws (1975) and playing a supporting role in The French Connection, but he wasn’t even Friedkin’s second or third choice for the role. The director originally imagined an all-star cast featuring Steve McQueen, Marcello Mastroianni, and Lino Ventura. The actors he ultimately used lack the charisma of those men, but it’s to the benefit of the film — these are criminals and murderers who deserve little sympathy. If we come to care for them at all, it will only be because of the great dangers they face.

The four men end up in a small Latin American town called Porvenir (the country is never stated, though the movie was filmed in the Dominican Republic). The corrupt local police officers don’t care what they’re hiding from — they just want a cut of any money they make. The only sizable industry in town is an oil-drilling operation run by an American conglomerate. It is sabotaged, and the resulting fire is nearly unstoppable. The only way to put the flames out is with another explosion, and the closest explosives are sticks of decaying dynamite two hundred miles away. The dynamite has started to leak nitroglycerin, and is too unstable to be flown to the oilfield, so the men agree to drive the dynamite through the jungle on two moribund trucks with the knowledge that they’ll either become rich or be blown to pieces.

Friedkin is at his coolest and most detached with Sorcerer. He’s clearly influenced by the European political thrillers of Costa-Gavras, but there are also elements of the verité style of Gillo Pontecorvo’s The Battle of Algiers (1966), and even bits of Alfred Hitchcock in his globetrotting mode. Yet Friedkin wisely gravitates toward the visceral for the film’s excruciating moments of suspense.

The movie is rightfully famous for a scene where the trucks have to cross a rickety rope bridge. It doesn’t look fit for a single person to walk across, let alone two large trucks to drive over. In reality, the bridge was constructed for the film, and hydraulics allowed for it to be swung side to side as the truck negotiates it. None of that is obvious, however, and the journey over the bridge looks perilous. Just try to watch it without squeezing your fists from the tension.

Complicated scenes like the bridge crossing require a great deal of time and money to complete, and Sorcerer suffered from major delays and budget overruns as a result. Before it was even released, film industry papers were reporting on the costs and delays, much like what was happening to Francis Ford Coppola’s Apocalypse Now, which started production the same year as Sorcerer, but wouldn’t be released until two years later. Both films were victims of a strangely conservative and vacuous form of criticism that lambasted them for their extreme costs, without any consideration of their artistic merits. (These critics hadn’t even seen the movies!) It was a harbinger of the death of art films and the emergence of the summer blockbuster, which had already begun with Jaws and would hit its stride with Star Wars (1977).

Sorcerer had its premiere at Grauman’s Chinese Theatre in Hollywood, where it was replacing Star Wars. The space opera was not expected to be much of a success, but upended expectations and became the massive phenomenon we all know today, so though the theater was contractually obligated to end its run to start showing Sorcerer, they returned to exhibiting Star Wars as soon as possible.

Sorcerer is irredeemably dark compared to the boisterous fun of George Lucas’ sci-fi fantasy; audiences love suspense, but they also like it leavened with some humor and escapism, qualities almost absent from Friedkin’s film. The critical reception didn’t do it any favors, either. Aside from some positive words from Roger Ebert and Vincent Canby of The New York Times, most of the film’s reviews were negative. A criticism permeating many of them was that the characters were unlikable, or that the audience didn’t get to know them well. That’s absolutely true, but the criticism operates on a faulty premise: that the characters needed to be likable. Friedkin’s great success with the film is that he is able to expertly manipulate the suspense to the degree that we begin to feel great concern for the characters, even though there’s nothing redeemable about them. They’re put through such suffering and danger that we almost forgive their sins.

There also seems to be a strain of bad faith criticism in many of Sorcerer’s pans, best expressed in Andrew Sarris’s review in the Village Voice. Sarris compared the film unfavorably to The Wages of Fear, but one almost wonders if he had actually seen Sorcerer, or if his memories of the earlier film were warped; the unsympathetic characters in the remake are just as unsympathetic in the original. Part of this might be due to the fact that Wages star Yves Montand would go on to have a prestigious career, but at the time he was inexperienced, and his performance was alternatively flat and overly-mannered. Perhaps the knowledge of what he would become colored memories of Wages. Sorcerer‘s release also predated home video, so most critics wouldn’t have seen the earlier film in years, making it difficult for a fair comparison. (Friedkin was rebuffed when he tried to release it to coincide with his remake.)

Today, most of the criticism seems baffling. Mainstream audiences have become more tolerant to subtitles through exposure from TV shows such as Breaking Bad, which along with The Sopranos helped usher in a wave of interest in anti-heroes, in which Sorcerer would fit right in. Even its groundbreaking synthesized score from German band Tangerine Dream has modern parallels to Daniel Lopatin’s masterful score to Good Time (2017). It’s a movie that’s still waiting to get its due, and a work of suspense that has rarely been equaled.

Revisiting ‘Dredd 3D’ and ‘The Raid’