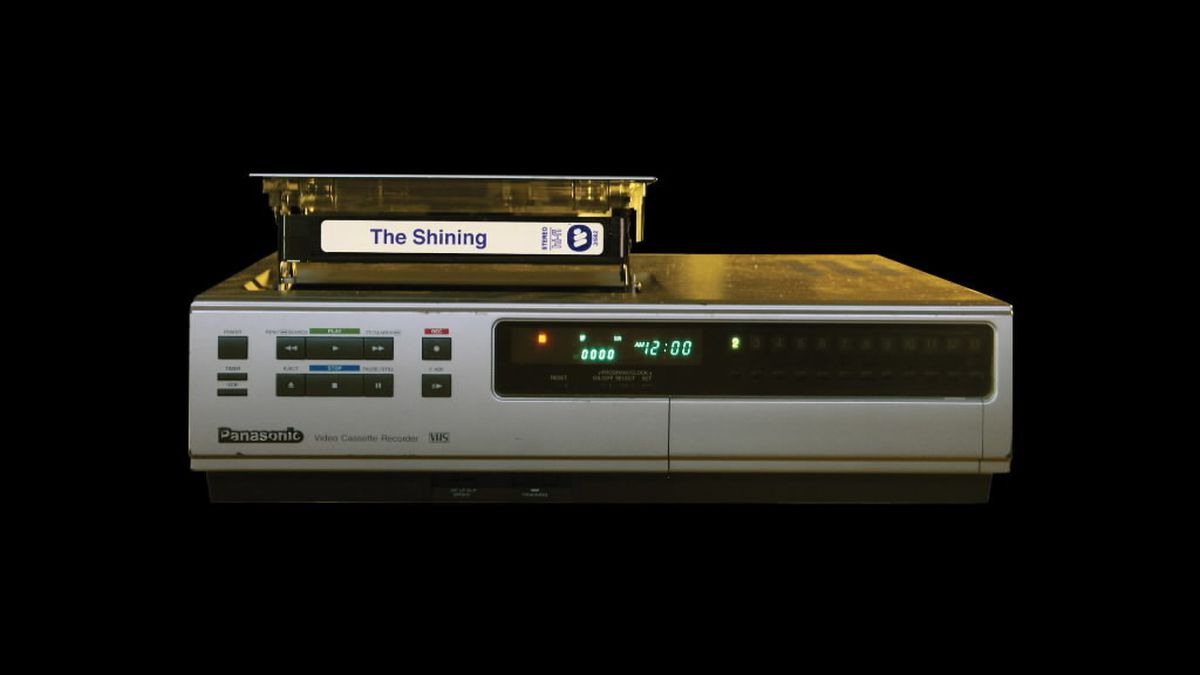 In Rodney Ascher’s documentary Room 237, the subject in question is Stanley Kubrick’s beloved The Shining. It explores the numerous theories and alleged hidden meanings lurking deep within the film, conceptualized by devoted non-casual observers, theorists, and scholars. The Shining may be over three-decades-old, but it continues to spark debate and speculation. For many, the film is just another horror pic, an auteur taking on a new genre, but to some, it is so much more. Subtitled Being an Inquiry into The Shining in 9 parts, Room 237 focuses on five very unique points of view, broken into nine sections and told entirely via voiceover. There are no talking-head interviews; his interview subjects never appear on film. The documentary is made up entirely of stock footage, animation, dramatic reenactments, digitally-altered images, and scenes from various movies — sometimes in slow motion, sometimes sped up — with frame-by-frame analysis, sequences superimposed, manipulated, and so on.

The doc itself is structured much like the movie’s hedge maze, drawing the audience into endless twists and turns. This is best seen in an explanation of the Overlook Hotel’s “synchronous space,” detailed in 3-D illustrations of the set layout. Yes, a devoted fan took the time to create a map of the hotel’s geography. There’s one spectacular sequence in which two celluloid strips of The Shining are superimposed backward and forward over one another to illustrate a famous comment made by a blogger named MSTRMIND, who once said that “The Shining was meant to be watched both forwards and backward.” Just think REDRUM!

Ascher’s cutting and assembly is entertaining, but without a face to the names, the film leaves a lot to be desired. These theorists are, much like Wendy and Danny, trapped inside the Overlook Hotel. But exactly who are these people? All we are told about this breakfast club of jokers is that they are a journalist, a playwright, a professor, a musician, and a conspiracy theorist. Apart from that, we know little else, and Room 237 quickly becomes something like a PowerPoint presentation. The ubiquitous tagline reads “Look Again,” but the theories are as old as the film itself, shedding little light on them for anyone already familiar. At best, Room 237 works as a study of obsession and delusion, and these ghostly figures interviewed are as frightening as Jack Torrance himself.

Much like Jack, the film and interviewees put an axe to film criticism — in the limelight, the line between the insightful and the ridiculous is thin. Ascher’s playful montage tries its best to back up some of the wildest theories, but with little hope. The conspiracies don’t always relate directly to room 237; the majority often focus on mundane details and aesthetic choices. Why is Jack reading a Playgirl magazine in the hotel lobby? Is that Kubrick’s God-like image airbrushed within the clouds? Is the film a metaphor for the murder of Native Americans? Why did Kubrick change the room number from 217 (as read in the novel) to 237? Was Kubrick dropping clues that he faked the footage of the Moon landing? Is that why NASA allowed him to use their special camera for the filming of Barry Lyndon? What is the meaning behind the film’s occasional use of the number 42, and what is the significance of the German typewriter? Is there a deeply-laid subtext that takes on the Holocaust?

Of all the wildest theories, the most plausible (and best argued) is Kubrick’s possible commentary on his Apollo-moon-conspiracy. Kubrick, after all, was a joker who loved to tease us. But he was also a notorious perfectionist who obsessed over every detail. It can be argued that there is little in a Kubrick film that is there without reason. Coming from such a notorious stickler, could continuity errors be accepted as errors? Is it a coincidence that Danny wears an Apollo shirt? No, but perhaps Kubrick was teasing those very conspirators interviewed here. After all, The Shining was released in 1980, and the NASA/Kubrick connection had already been given birth.

If you put any movie through the microscope repeatedly over and over, you will eventually see something that wasn’t there to begin. In the case of art and life, there are subconscious themes and ideas that somehow find a way to creep in, even unknown to the creator. The problem with Room 237 is that it feels more like a companion piece, or special features on a DVD. It’s always great to approach movies from new perspectives, but for this critic, Room 237 plays like a video essay. Although incredibly entertaining, Room 237 is mediocre filmmaking at best.

‘Dogged’ Taps Into Our Fear of What Lurks In The Woods, And In Each Other