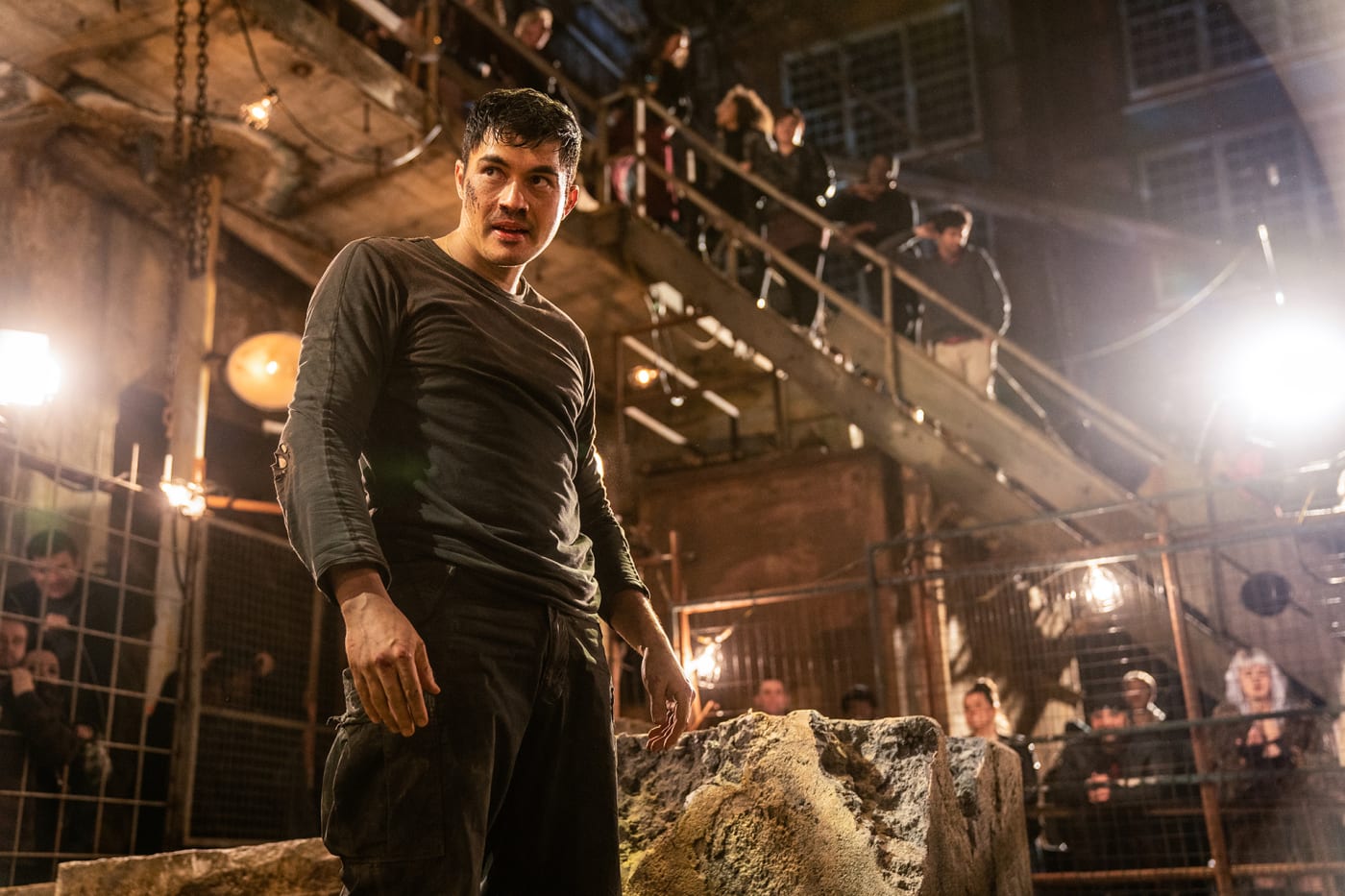 It’s no surprise why there’s a G.I. Joe Origins film, even though the last two movies weren’t exactly well-received, popular, or even spoken about in hushed tones by their few defenders. They’re toys that birthed a wildly popular cartoon series in the 1980s and continue to maintain some semblance of cultural value as nostalgia reigns over pop culture. In other words, it’s a franchise that should print money relatively effortlessly. Yet, since 2009’s G.I. Joe: The Rise of Cobra, the series has never found that success in its modern cinematic counterparts. For a brief moment, though, Snake Eyes: G.I. Joe Origins feels like it finally found something worthwhile.

Leveraging the rising star power of Henry Golding, Snake Eyes feels like it’s trying to be its own thing – separate from the Hasbro line of toys and middling-to-poor films. Leaning more into martial arts than the previous films, Golding plays the titular Snake Eyes, filled with rage and fury as he seeks vengeance against his father’s killer. Suddenly, Yakuza boss Kenta (Takehiro Hira) offers his father’s killer in exchange for the powerful “Jewel of the Sun” hidden inside the Arashikage Clan’s heavily secure fortress. To get close enough to steal it, he must earn the trust of Tommy (Andrew Koji), the next in line to succeed as leader of the Clan, and complete three trials to become a member.

That trust and bond between Tommy and Snake Eyes is exactly the kind of chemistry this film could have easily hung its hat on. From the first time Tommy and Snake Eyes fight together to their brotherly love that quickly grows, there’s an instant connection that makes seeing the two of them on screen endearing. Koji, in particular, stands out as the best part of the film, even with Golding’s leading man charm on full display. The problem is that the film has to make sure everyone watching remembers that the G.I. Joes and Cobra exist, as well as set up for a sequel that may or may not happen (this is the first G.I. Joe movie in eight years, so I’m not sure what is running through their heads at Hasbro HQ).

The moment the cinematic universe starts rearing its head, Snake Eyes begins feeling less like a solid standalone entry and more like a test to see who did their homework. Samara Weaving is wedged into this film as Scarlett and serves no purpose other than to have another character to probably make an origin story for, and The Baroness (Úrsula Corberó) is just there to let Cobra have a presence. There’s some okay team dynamic shifting that happens in the climax that feels fun, but it’s also unapologetically forced into the plot.

There’s nothing worse than a movie that feels ruined by business decisions surrounding it, and that has been and always will be the case with G.I. Joe. The series is so preoccupied with selling toys that it doesn’t let the movie be its own thing, instead forcing plot on top of plot, each one more typical than the last. Which is a shame because there’s so much promise in the first act of the film and almost every aspect outside of the universe encroaching upon it.

For starters, the martial arts choreography is extremely entertaining. While the action scenes themselves are left inert by some pacing problems and a lack of impact to each blow, they’re still just good enough to make it through without feeling devoid of adrenalin. The use of handheld cameras is hit-or-miss throughout, but the biggest complaint is with multiple fight scenes happening simultaneously, usually cutting back and forth between fights once one satisfying blow is landed, creating a start-and-stop to the momentum.

This ends up being more shameful because actors like Koji and Iko Uwais have proven themselves in Warrior and The Raid, respectively. They’re modern martial arts stars waiting to have that breakout moment in Hollywood, and no one is delivering it. Golding is fine as the leading man in Snake Eyes, but Koji’s Tommy has a much more interesting arc, and Koji himself delivers an endearing performance, along with the rest of his Clan, including Haruka Abe as the chief of security and Eri Ishida as the matriarch of the Clan. There’s a much more interesting story within those four walls than anywhere in Snake Eyes’ revenge quest.

Snake Eyes: G.I. Joe Origins is a missed opportunity to get a solid footing into building a cinematic universe. Instead, it trips over itself every time it goes out of its way to check off some imaginary cinematic universe checklist. Perhaps it’s the fool who asks for things to never change, but at what point do studios realize that universes aren’t created at the drop of a hat, and if you’ve failed twice before, when do you change your strategy? For an origin story about a character whose past is murky at best, Snake Eyes fails to even really delve into that. Had this film been called Snake Eyes and left the G.I. Joe Origins baggage exclusively for a post-credits scene, there’s a chance the film on screen could have been salvaged. Instead, it’s a hail mary destined to keep the G.I. Joe franchise down for good.