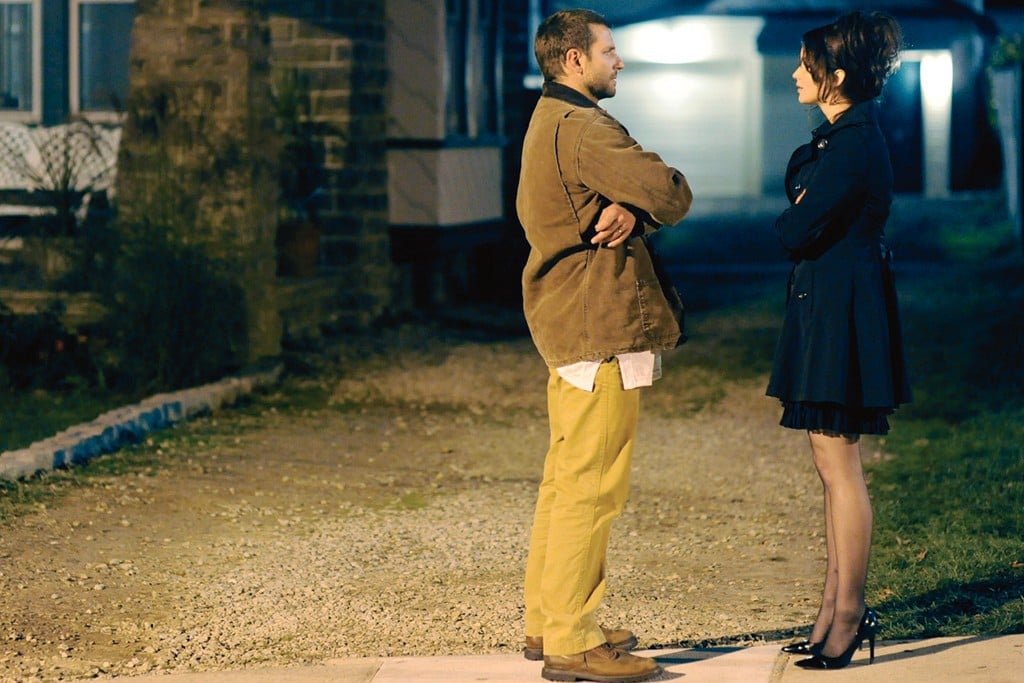 It must take a lot of bravery and intelligence to not merely make a film in which characters suffer from various mental illnesses, but to have that film observe and develop those individuals in a pertinent, respectful fashion to the point where regular moviegoers can relate. No small feat, that much is certain. Highly acclaimed director Milos Forman arguably made the greatest success in that regard, the Jack Nicholson vehicle One Flew Over the Cuckoo’s Nest, a film still talked about today, lauded for its unforgettable performances and fine direction. A more recent example might be Girl, Interrupted, which earned Angelina Jolie an Oscar. Of course, numerous things can go horribly astray when dealing with this subject matter, which might explain why it is so infrequently the focus of mainstream films. Enter David O. Russell of Three Kings and The Fighter fame to take a stab at it with his 2021 hit, Silver Linings Playbook.

After having been released from a clinic for the mentally handicapped for which he was admitted to during eight months for his bipolar symptoms, Patrick (Bradley Cooper) returns to live with his parents, played by Robert De Niro and Jacki Weaver. It takes little time for the audience to understand that the familial bonds are somewhat strained, his father living with the strain of having to bet significant money on his beloved NFL team, the Philadelphia Eagles, after recently losing his job. Patrick, while equally a die-hard Eagles fan, has other things on his mind, chief among them reuniting with his wife, whom he has not seen since beating the man she was cheating on to a pulp. Getting to her is much like playing a game of six degrees of separation, starting with his old friend Ronnie (John Ortiz), married to Veronica (Julia Stiles), the younger sister of which, Tiffany (Jennifer Lawrence), equally wounded following the accidental death of her husband, knows his wife well. Patrick would like nothing better than to have a letter sent to her, something Tiffany is willing to help with, provided he agrees to team up with her for an upcoming dance competition. Needless to say, sparks fly.

If there is only one thing the film deserves praise for, it would be in its multifaceted approach to telling the story of Patrick and Tiffany. Thankfully, there are at least a few more positives that give Silver Linings credibility, but that first point is a crucial one when weighed against everything else. David O. Russell does not quite give audiences a comedy, nor has he concocted a pure drama, nor is this solely a romance film. It is a mixture of all three, which each genre stepping in from one moment to the next at times. The flip-flopping from one mood to the next is rapid, oftentimes unpredictable, which in some ways speaks to the psychological fragility of its two central figures. Neither Pat nor Tiffany are completely bonkers, thankfully, yet both are afflicted with some considerable trauma, which brings itself to the forefront of their behavioural patterns in some complex ways. Both are prone to switching their attitudes towards the situation at hand on a dime. They themselves are unpredictable to an extent and the film’s quick shift in styles is an extension of their troubles.

Director Russell and his crew are to be credited with at least one other way in which the film reflects the complexity of its protagonists, that being the structure of the cinematography and editing. The cuts from one shot to the next can be abrupt, never so much that the viewer loses his or her way in the scene, but just enough to lend given scenes a minimal amount of chaos. Added on to that are some very dynamic camera movements, the sorts that are frankly not used enough in this day and age and hark back to a time when simple yet supremely effective techniques reigned. On various occasions throughout the film, the frame will rapidly zoom in or out from where characters are situated, which, written down like that does not seem like something that would amaze, and perhaps ‘amaze’ is not the correct word, but the effect it has on the emotional weight of a moment is impressive, to say the least. Just as Pat and Tiffany’s minds float quickly from one thought to the next with a fluidity that people deemed normal could never grasp, so does the camera float in and out of their space as well.

The casting choices also pay off handsomely in most cases, with some actors proving to be surprisingly effective, however small their roles may be. Of course, much will be written about Bradley Cooper, which is perfectly normal considering that much of the film rests on his shoulders. There is something about him as an actor that makes it somewhat difficult to believe he is a man living with a mental disease. That does not mean he fails at the task, his performance is good overall, yet as the story moves along it feels less and less as though he is a man wrestling with bipolar disease, which also speaks to something the review shall get to in a minute. In other, it lacks consistency. Lawrence, whose star has risen astronomically high in a shockingly short time span, seems to be more in tune with the emotional and psychological limitations of her character. There is sweetness somewhere in there, but often covered in smarminess or sarcasm. Her freakouts are also rather powerful, enough to scare off just about any man. De Niro is fine as the father who himself may have more issues than the audience is originally led to believe, and, in the film’s biggest surprise, Chris Tucker, yes, Chris Tucker of Rush Hour and The Fifth Element infamy, is more than acceptable as some comic relief. He actually seems to be playing a character, not someone on a sugar rush.

Speaking of comedy, this is one area where the film may be a difficult sell for some people. There are a handful of scenes in which the laughs are, presumably, supposed to emerge out of the fact that the characters, specifically Patrick, Tiffany and in some cases the former’s father, are all a little on the neurotic side of the spectrum. Some people might find that material funny, others less so. It is one thing to create neurotic characters, it is another to have them struggle with genuine mental issues and use that as a platform for some comedy. That is a delicate proposition. Nothing should be too sacred in film, so the fact David O. Russell resorts to this tactic is not problematic per se, only that the methodology is miscalculated. Oftentimes what is supposed to be funny is the fact that one of those three characters is ranting off, yelling either obscenities or some other oddity. It is more a cacophony of vulgarity and hysterical pleas and the knowledge that these people are sadly handicapped does not make it funny but rather uncomfortable. Uncomfortable in the best possible way for the viewer to feel for the character, but it still is not funny.

The other issue preventing the film from breaking the mold of romantic dramas is the trajectory the film takes in the second half. For all the interest David O. Russell and his cast built during the first half, with frenetic, adventurous pacing guiding these most unorthodox of characters, the second half is something that could cap off just about any film in which two people who at first did not enjoy each others company eventually bond together. However strange the attempts at comedy were at times, at the very least the film was treading in territory unfamiliar to most moviegoers. What follows is so safe, so pedestrian in comparison. Unfortunately, this wavering tone ends up hurting Cooper’s performance to an extent. The more the traditional romantic angle sets itself in, the less the actor plays up his character’s mental limitations. What at first, made his role so intriguing becomes practically an afterthought at this stage in the story. After all, Bradley Cooper has to be Bradley Cooper in order to get the girl, right?

Silver Linings Playbook can still be considered a respectable effort on the part of the director and screenwriter Russell to bring something new to the table. The cast is solid from top to bottom with special mention going to Jennifer Lawrence (which is become a habit) as is the filmmaker’s subtle attempts at having the film’s structure support its characters’ flaws. However, the comedy is mostly unfunny in addition to being oddly conveyed and the second half is unable to sustain the same pertinent flavour of the first. Certainly, not a half-hearted movie by any stretch, but an incomplete one.

Damsels in Distress Proved a Fine Return for Whit Stillman