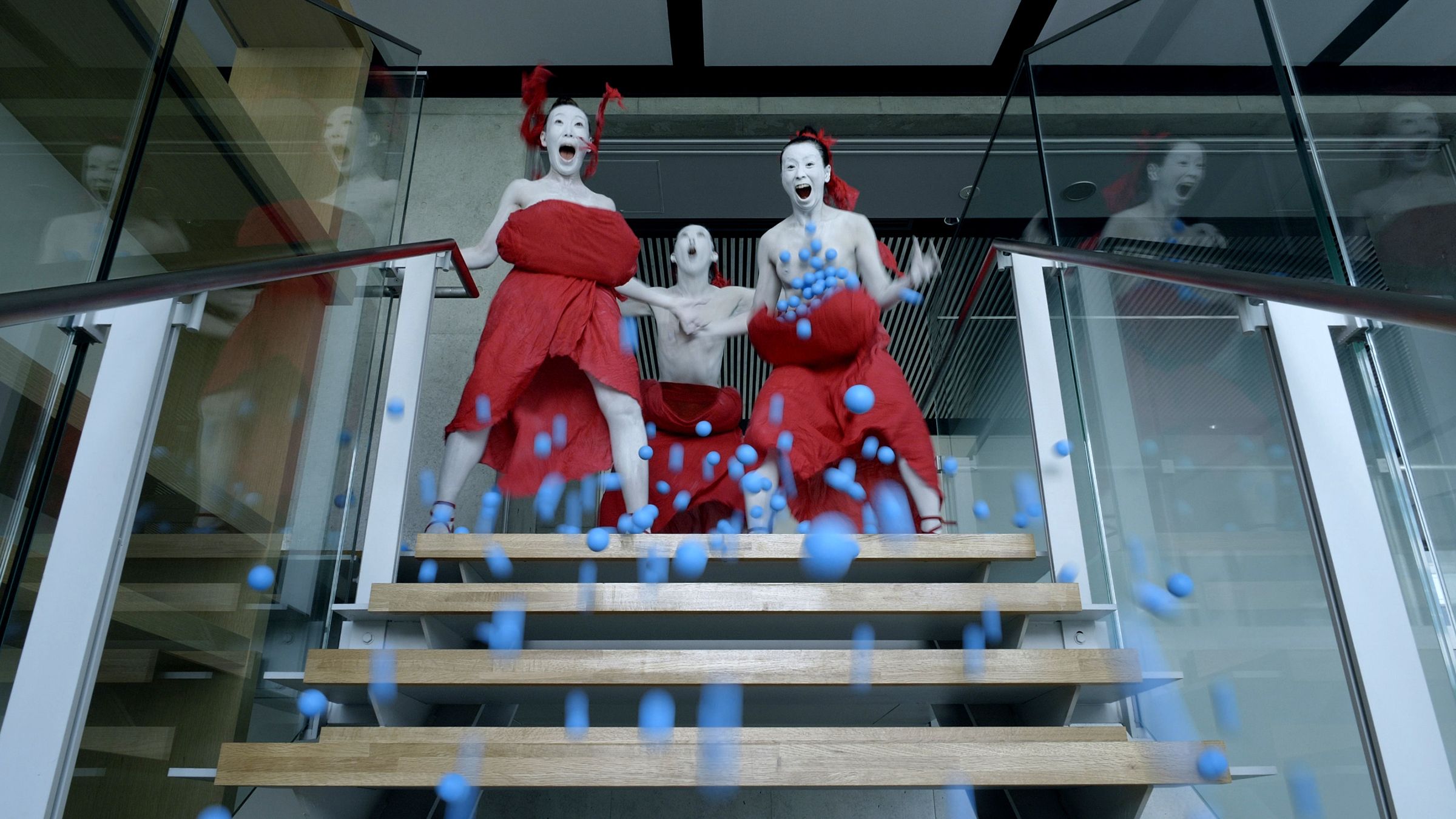 Beginning in a single capsule hotel in Tokyo, Shell and Joint doesn’t so much follow the lives of the patrons as it does capture moments in their lives inside and out of the hotel. With the guests completely disconnected from one another, Isamu Hirabayashi’s latest film takes a broad swath of subjects and boils them down to their biological impulses. In doing so, Shell and Joint offers a unique look at the similarities and differences between humans and insects – and then stretches what amounts to a short film out into a tedious 154-minute runtime.

Shell and Joint was quite clearly intended to be a shorter film. The plot is non-existent as Hirabayashi instead sees people and their plights as fleeting patrons of a capsule hotel. Perhaps the best way to set up the film is to understand that capsule hotels are not communal, and instead keep everyone tucked away in their respective rooms – which consist of a bed and some space above it. They’re tight, isolated places that are perfect if you just need a place to sleep for the night. A few amenities are offered on-site, but nothing substantial to offer the temptation of staying longer than a night or two. They are the most minimalist of hotels.

Within this particular capsule hotel are several patrons who we spend a minor amount of time with as the film tries to encapsulate a large sample of people who would stay at such a place. A grieving mother travels from Finland to stay at this hotel. A fugitive finds refuge in her capsule. A student spends her time there out of convenience. Other patrons come and go and besides the glimpses into their capsule or the sauna offered on-site, the only other location inside the hotel that gets any significant focus is the reception desk where our two hotel staff, Nitobe (Keisuke Horibe) and Sakamoto (Mariko Tsutsui), discuss philosophy and insects.

Their characters are the only two we truly get to spend any substantial time with in Shell and Joint. Nitobe and Sakamoto also succinctly break down everything Hirabayashi is trying to say with the film. By the 30-minute mark, the two characters have already bluntly served the themes on a silver platter. What’s a shame is that unlike the other characters who we get brief glimpses of their lives outside of the hotel, Nitobe and Sakamoto are exclusively shown in the hotel. What kind of lives they live that would bring them to such a job is only explained by the one or two key details we get about their personalities.

Shell and Joint could have been done with far more precision and a willingness to edit it down to something more palatable and less redundant.

However, even with some extended time with them, there’s still a slew of characters that the film feels it necessary to explore. Though some have just enough runtime spent to make their lives interesting narratively – such as the Finnish mother – most don’t get anywhere near enough time. Instead, a few moments are shown that tend to offer a joke or two within a conversation about sex or death or life itself. For a film so sprawling in its reach, it’s odd how formulaic each person’s story is told.

That’s not to declare Shell and Joint devoid of entertainment. It’s actually reliably funny. There is some decent humor spread throughout, and ridiculous scenes that you can’t help but laugh at their absurdity. A sequence involving insect puppets is particularly eccentric and generally entertaining. Unfortunately, that’s largely the problem with the movie as a whole: it’s generally a lot of things. It’s only strong suit is the acting, shot composition, and theme. The latter of which is only strong because Hirabayashi is so laser-focused on it that nothing interesting can branch from it. Perhaps paring down a few stories and expanding upon them may have resulted in a far richer tapestry to discover, but it’s not entirely convincing that Hirabayashi seemed interested in telling more than his singular point.

All of this is to say that Shell and Joint could have been done with far more precision and a willingness to edit it down to something more palatable and less redundant. It looks nice at times, especially with the sterile, clean-looking capsule hotel serving as the primary location. Everything feels fine-tuned to drive home Hirabayashi’s presentation of humans living disjointed lives from one another despite behaving similarly and finding similar interests. This feeling of isolation, presented in such a manner, only highlights the potential for strong communities of humans. If only Shell and Joint found a compelling reason to stretch that idea out into a feature film.