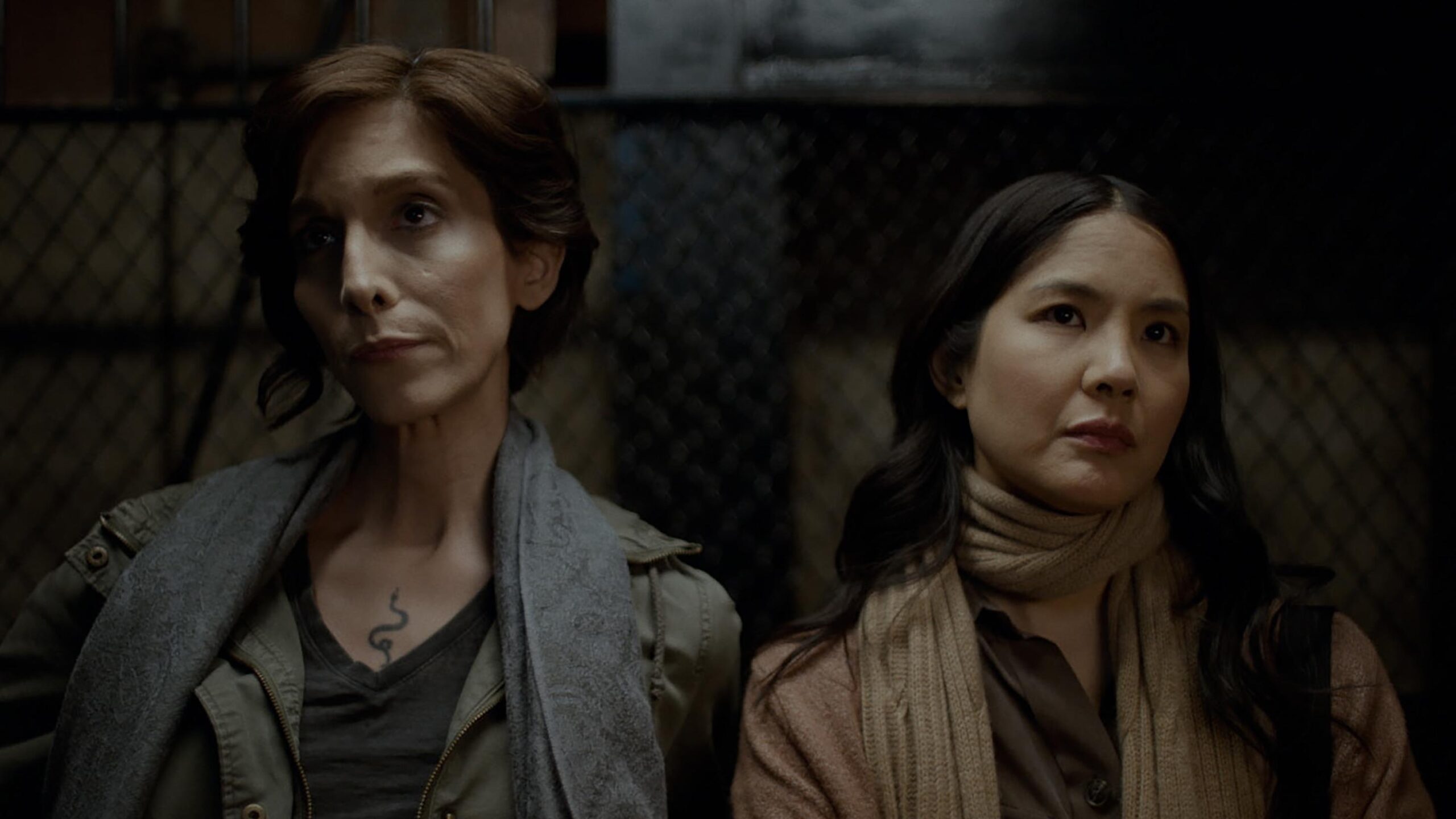 See You Then is a small-scale film taking place mostly over a single night as a former couple reunites to talk over old times during a visit to their alma mater. Things are considerably different between Kris (Pooya Mohseni) and Naomi (Lynn Chen) now, as Kris came out as a transgender woman shortly after the breakup, almost 15 years earlier. The meandering film, glacially paced despite clocking in at only 74 minutes, presents an interesting concept but sabotages it over and over with robotic, didactic dialogue more concerned with educating its audience than conveying the lives of real people.

See You Then opens with Kris and Naomi’s awkward reunion outside the restaurant they’ll be dining at. The two obviously have plenty of history they’ll want to delve into at dinner, but Naomi seems temporarily tongue-tied as she looks at Kris and sees how much she has changed in the years since their breakup. But the stuttering start gives way to smooth conversation once they’ve had a few minutes to warm up. Naomi repeatedly tries to steer the conversation toward Kris’ transition, which she’s willing to oblige at first, but she tries to reframe what makes her seem foreign to Naomi in terms of their shared experiences as women. It’s an interesting idea to focus on how similar their journeys have been as women, rather than exclusively focusing on Kris’ transness, but Kris’ dialogue (co-written by Kristen Uno and director Mari Walker) too often turns into a kind of lecture one might deliver to a complete stranger. It’s as if she’s regurgitating Twitter threads instead of speaking with the intimacy that one has with an old lover, whom she later calls her friend.

It doesn’t help that Naomi seems oddly clueless about Kris’ life as a transgender woman, despite being a relatively young artist and a college professor who’s constantly surrounded by even younger people. She says all the well-meaning but still offensive things that people in her milieu have been taught not to say. Naomi’s professional life is as poorly thought out as her inner life, as shown when she recounts one of her performance-art pieces. She describes a sophomoric show in which she applied makeup in the nude while masturbating as if it’s an edgy, impassioned performance, rather than a parody of what most people assume performance art is. See You Then is equally blunt when it comes to illustrating the shared inconveniences and dangers the two women face. Kris gets hit on by two different male professors during their dinner, with the first being a ham-fisted attempt to show the ultimate pushy dude who can’t read the room. It’s OK to draw from some of the clichés of men trying to pick up women, but Walker and Uno try to fit them all in, to cartoonish effect.

Mohseni and Chen sometimes sound stilted in their deliveries, but the real culprit seems to be the dialogue, which doesn’t have the looseness that real people use when they chat with each other. The film’s plain-Jane visuals and static compositions may be partly due to the coronavirus pandemic, but they don’t do the dialogue-heavy movie any favors. See You Then has a compelling idea at its heart, but it tries too hard to teach its viewers, rather than to its characters’ hearts.