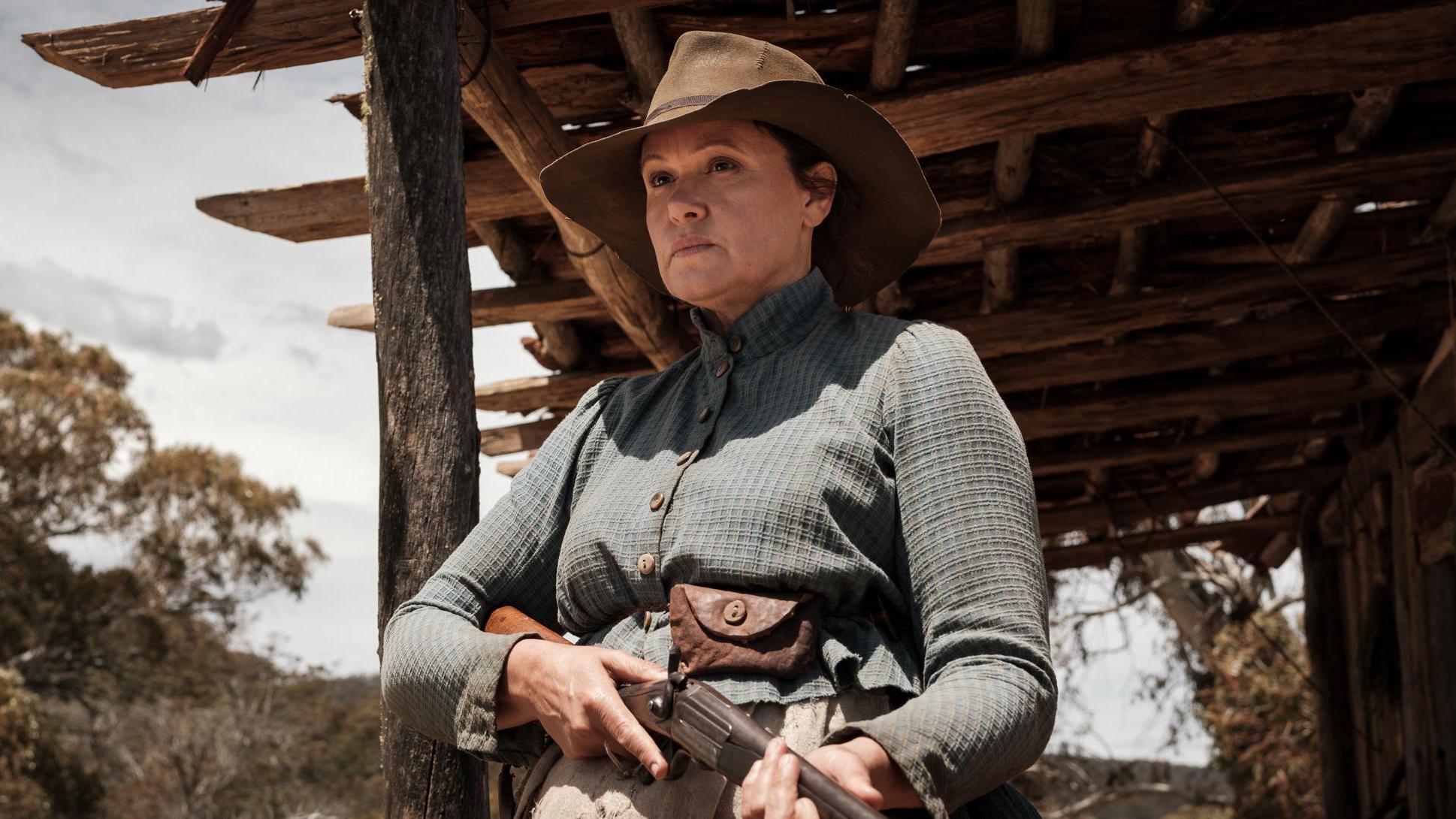 With The Drover’s Wife: The Legend of Molly Johnson, director, writer, and lead actress Leah Purcell has (seemingly) completed her expansion and exploration of Australian writer Henry Lawson’s classic short story. The original tale, simply known by the more elegant title The Drover’s Wife, details a woman’s battle with a snake as she tries to protect her four young children in the Outback while her husband is away for months leading cattle to market. Purcell first expanded the story significantly into a play, then a novel, and now she has created a film about the woman, now named Molly Johnson, though she was never given a name in the original story. Purcell’s film is a feminist tale of a woman scorned and abused, but her expansion moves so far beyond the original material that it threatens to collapse upon itself.

In addition to writing and directing the adaptation, Purcell stars as the title character, who has been raising her young children alone in her isolated home without her husband’s assistance for months. She’s quick with a rifle and an excellent shot, as illustrated by an opening scene in which she pegs a bull between the eyes after it wanders onto her property and threatens her family. They have fresh meat after she butchers the animal, which seems like a rare luxury for the family.

Their secluded life is further interrupted when a sickly couple is drawn to the smell of the grilled meat after losing all their supplies while crossing a river. Sergeant Klintoff (Sam Reid) is to be the new head of law enforcement in the tiny town nearby, while his wife Louisa (Jessica De Gouw) is a women’s rights activist at odds with the conservatism and misogyny of the Outback communities. After sharing a meal, they agree to take Molly’s children into town where they’ll be looked after by the minister and his wife temporarily. But as Klintoff struggles to navigate the gossip of the locals and their casual dismissal of the law, Molly is surprised to find an Aboriginal man outside her house. Yadaka (Rob Collins) has had the misfortune of being arrested simply because of his skin color — he uses the anachronism “resisting whilst Black” — and he has killed two men escaping from his bondage. But back in the neighboring town, Klintoff is investigating the murder of a wealthy man’s family, which is being blamed on the escaped convict, even though it’s far more likely that the man butchered his own family. Molly now has to figure out what to do with her new guest while also dealing with a pregnancy that’s due any day now.

Purcell’s adaptation of The Drover’s Wife is a compelling portrait of Australian life at the end of the 19th century on the edge of civilization, but she weakens its impact by overstuffing it. The writer/director/actor has jettisoned the meat of the story in favor of other events that explore similar themes, but she loses the elegance of the original tale in doing so. Purcell is compelling as a woman living a hardscrabble life mostly on her own, but the film is diluted when it spends too much time with Sergeant Klintoff and his wife or the vile townspeople. She and her cinematographer Mark Wareham squeeze every last drop of beauty out of the epic Australian vistas, but the land is more of a decoration than an integrated part of the film, as it is in the best American Westerns. The Drover’s Wife ends up suffering in comparison to another film exploring a woman’s role in colonial Australia, Jennifer Kent’s 2018 film The Nightingale. That film also honed in on the brutal experiences of women and Aboriginal people, but with a tighter focus on its protagonist. Purcell tries to tell too many stories in her expansion of the original story, turning The Legend of Molly Johnson into a soggy mess that’s only fitfully compelling.

SXSW 2021: Here Before Is a Stylish Thriller Exploring How Grief Turns Into Obsession

SXSW 2021: See You Then Sabotages Its Lovers’ Reunion With Hackneyed Writing