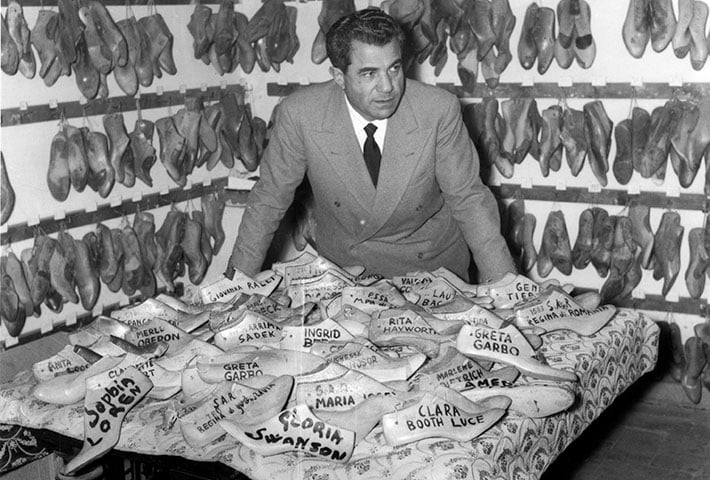 Whether you own dozens of pairs of Ferragamo shoes, or you’re someone who only knows names like Salvatore Ferragamo and Manolo Blahnik from when they were mentioned on Sex and the City, Salvatore: Shoemaker of Dreams is a fascinating documentary about Ferragamo, his shoe empire and his sojourn to Hollywood.

Directed by Call Me By Your Name director Luca Guadagnino, in one of two films he has out this month, Salvatore is an extensive history of the life of the designer, who was born in poor circumstances in Bonito, Italy in 1898, and died at age 62 in 1960. His widow Wanda Ferragamo, the mother of his six children who took over the fashion house after his death, lived until 2018 and was interviewed for the film.

The film, among other things, makes clear that “shoemaker” was not anything close to a fashionable calling, and that Ferragamo helped usher the concept of “celebrity fashion designer” into existence.

Ferragamo has been dead for over 60 years, but the film has plenty to work with: His recorded voice, a memoir lead aloud by frequent Guadagnino collaborator Michael Stuhlbarg, the cooperation of Ferragamo’s estate, and a group of talking heads led by Martin Scorsese, as well as Blahnik himself.

“My desire to work with feet was unrelenting,” we hear Ferragamo say, in a quote we may someday see again in a documentary about Quentin Tarantino. Though as we learn in the film, QT was far from the first top filmmaker to indulge his love of ladies’ feet in his work; D.W. Griffith had such proclivities as well, nearly a century ago.

Indeed, while Salvatore spends some time talking about the designer’s early life as part of a family of 11 children, as well as his emigration to the United States at age 16 and his arrival in Boston, the most compelling part of the film is when he arrives in Hollywood during its formative years.

There, over a period of several decades, he made shoes for the movies, as well as for starlets to wear. He started in the silent era, went bust during the Depression, and made a comeback soon after, emerging as the shoe provider of choice for the likes of Bette Davis and Marilyn Monroe. At the same time, they present what appeared to be Ferragamo’s family life; if that family or company ever had any drama in the tradition of House of Gucci, we don’t hear about it here.

The film ends with a very impressive montage, called a “shoe ballet,” of many of Ferragamo’s notable creations. It was enough to impress me, someone, who knows enough about women’s shoes to fill a thimble.

Salvatore: Shoemaker of Dreams opened November 4 in some cities with an expansion to come later.