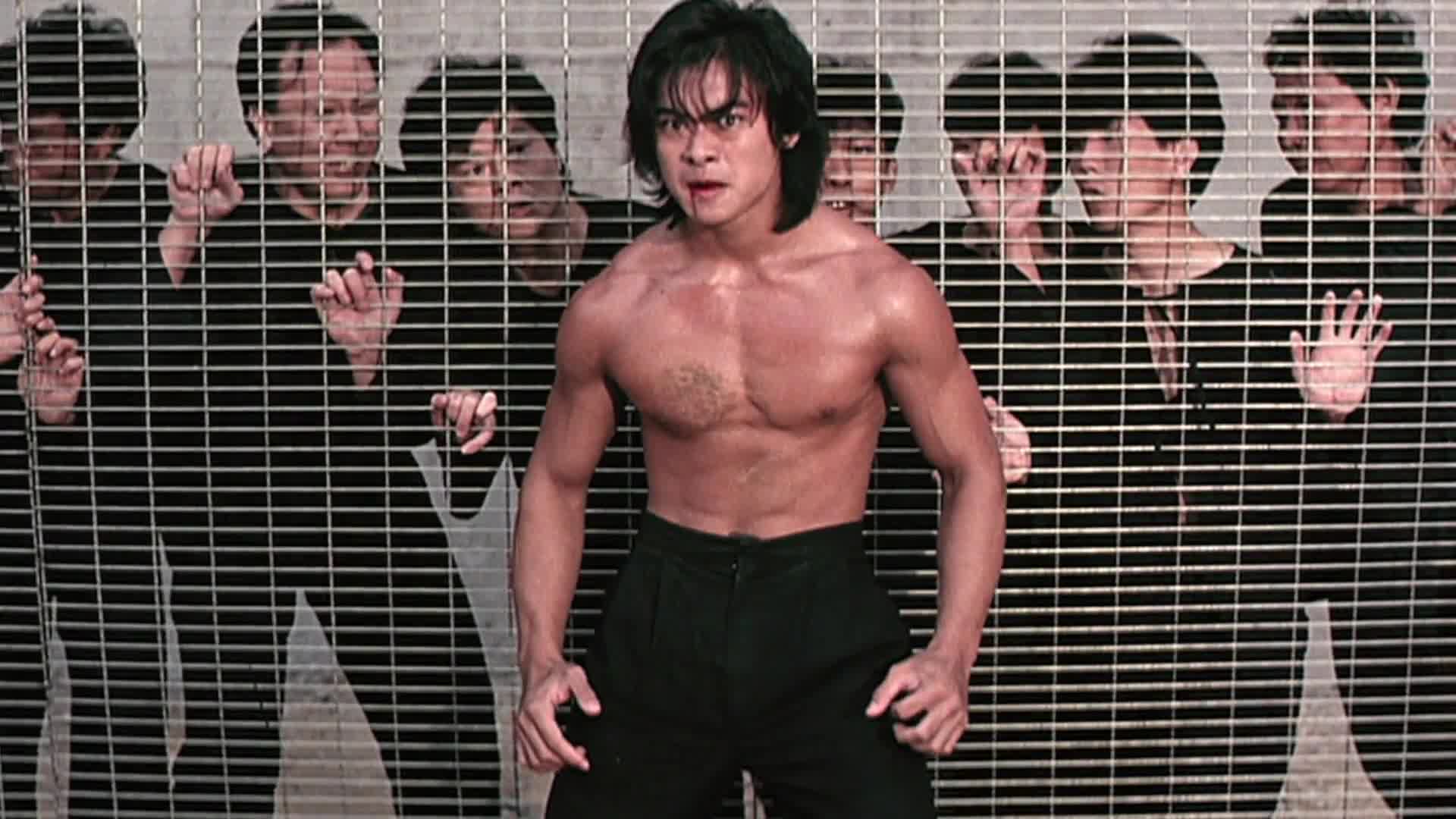 Starring Siu-Wong Fan as the titular character, Riki Oh, based on a manga series which eventually became an anime, marks the end of an era of Japanese exploitation flicks before the new generation of filmmakers such as Takashi Miike took over. Unlike Miike’s movies, or other recent entries such as Tokyo Gore Police, Riki Oh’s tone borders on comedy, played up by bad voice dubbing, foolish plot lines, cartoonish gore and eccentric characters (including a one-eyed assistant warden with a hook for a hand). For a prison film, the movie never seems mean-spirited, and if anything masquerades as a bizarre superhero flick. The effects are the main draw – Riki Oh exists simply to showcase several outlandish set pieces, ramping up the level of violence, gore, and action with each new scene. Made before the days of CGI, director Lam relies simply on practical effects, old-school prosthetics, wire work and a ridiculous amount of fake blood. In perhaps the highlight of the film, a man rips out his own intestines to strangle his opponent – meanwhile, Riki is capable of punching holes through someone’s abdomen and somehow heals himself with mind puzzling powers. This is one of the true classics of Martial Arts cinema. Outrageous, completely over the top, and a must see.