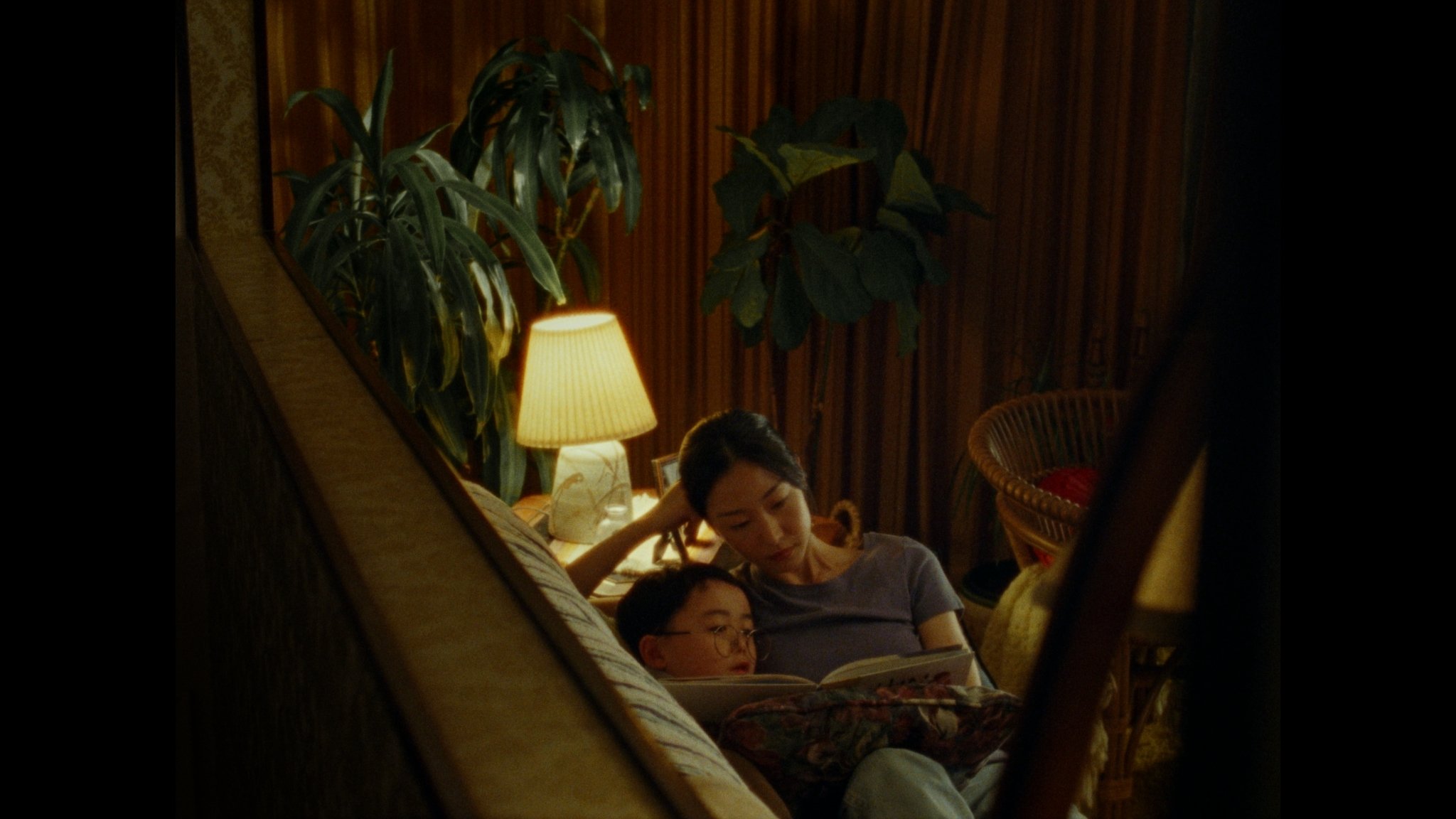 The independent film market has seen a distinct rise in deeply personal, often overlooked stories from artists with unique perspectives on the North American experience, and the various traumas that arise from coming-of-age as a cultural minority. From Moonlight to Minari, the semi-autobiographical and diasporic coming-of-age drama has all but become a prominent sub-genre, intimately connecting with large swaths of the movie-going audience, while garnering immense critical acclaim.

For aspiring filmmakers, this trend presents an “easy-in”, generating space for burgeoning voices to connect with their singular experiences in a manner that (hopefully) resonates on a universal level.

Anthony Shim’s Riceboy Sleeps is another entry into this esteemed oeuvre, training its eye on the complexities of assimilation within the manufactured suburbia of Western Canada. Drawing from his own experiences, the 1990’s set story follows So-young (Seung-yoon Choi in a compelling, layered performance), who looks to make a fresh start in a Vancouver suburb with her son (played convincingly by a young Dohyun Noel Hwang, and less so by the teenage Ethan Hwang). Shim not only explores the challenges of immigrant life, as the two struggle to fit in at school and at work, but how such an existence can cause a growing rift between a mother and son, forcing them to reckon with implicit truths about their pasts in the homeland.

Above all else, the film is a visual marvel, as the beautiful, textural cinematography brims with both an indelible warmth and a pervasive melancholy. Shot exquisitely on 16mm film, Shim, along with cinematographer Christopher Lew, achieves sublime realms of intimacy while being wholly sweeping in emotional scope. A gentle epic, whose compositions cascade throughout its environments, gliding on the melancholia that permeates each scene, as the impressive tracking shots both wallow in the confines of Canadian suburbia and glisten off the sprawling verdure of the South Korean countryside.

Shim also utilizes shifting aspect ratios to great effect, reflecting the circumscribe nature of a new country with a 4:3 lens, while basking in lush widescreen vistas when depicting Korea’s expansive rurality. Through sublime visuals and astute performances, Shim captures the liminality of the immigrant experience, caught between two worlds that pull in opposite directions, ultimately succumbing to the enveloping force of assimilation. Though Shim wisely never judges this family for going down that route, unearthing rare diasporic intimacies in the process.

Yet, for all the film does well, its melodramatic second act threatens to undermine, veering into generic territory that filters much of its bravura through a muddled lens. The would-be heartfelt drama takes the form of cliched dialogue, running the gambit of teenage drama tropes to a cloying effect, reaping more frustration than appreciation. Its momentum is all but snuffed, realizing itself as a completely different film, at odds with what preceded it and what soon follows.

While Riceboy sleeps succeeds as a coming-of-age drama and a reconciliatory look at lost heritage, its insistence on being a simultaneous study of teenage angst brings forward diminishing returns. This effect is amplified by the film’s torturous proximity to greatness, coming incredibly close to being another masterful addition to the modern coming-of-age canon.

The film’s final act, in which it journeys back to the homeland, returns the experience to form, bringing both atmospheric impact and emotional nuance to the film’s social commentary. It’s the rare conclusion that elevates the derivative nature of what came before, unearthing a truly raw, utterly moving study of cultural and historical reconciliation.

Despite its melodramatic missteps, which veer too far away from its exploration of the immigrant perspective, Riceboy Sleep’s power as a poignant, wholly personal experience cannot be denied. Reverberating with a universal timbre that both moves and uplifts in equal measure.