Prey for the Devil Review

Daniel Stamm is no stranger to horror, almost exclusively dealing in the genre for the better part of his career. Twelve years after his hugely successful The Last Exorcism, The German filmmaker returns to the possession subgenre that help put him on the map— guess it wasn’t the “last” after all. Yet, this time he approaches the subject matter with a much different lens that strays away from the ambiguity that shrouded his 2010 effort, by cutting right to the chase with Prey for the Devil.

The film approaches its supernatural story with an ostensibly fresh angle, an X-Men-like “School of Exorcism” that secretly battles a global rise in demonic possessions. Yet, for all the originality its new perspective is imbued with, its ultimate approach is defined by convention and formula. Rendering this would-be fresh foray into horror much of the same as what’s come before.

Prey for the Devil’s approach is directly linked to its protagonist, Sister Ann (Jacqueline Byers), a young nun who believes she is answering a divine calling to be the first female exorcist. While only priests are trained in the art of exorcism, a professor (Colin Salmon) quickly recognizes her gifts and agrees to train her. When she and fellow student, Father Dante (Christian Navarro), find themselves embroiled in a battle for a young girl’s soul, who is (conveniently) possessed by the same demon that tormented Ann’s mother years ago, she soon realizes the devil has her right where he wants her.

While the screenplay, penned by Robert Zappia, touches on themes of generational trauma, mental illness, religion vs science, and gender roles, it never moves beyond simply toying with them. Instead, using them as a cloak to shelter its superficial, hollow, and cliched plot from further scrutiny, with dialogue like “us girls have to stick together” cloyingly hoping to curry favour with modern audiences. It’s in moments like these where the film reads as a dull, politically correct attempt at propaganda that shows how the Catholic Church has adapted to modern times.

In addition to the ham-fisted commentary, Prey for the Devil positions itself as both a direct horror film and an investigative mystery— it fails on both accounts. Its laughably bad horror sequences are accented by stiltedly acted drama. When it’s not enveloping the plot in ceaseless, lazily delivered exposition it’s punctuating each of its supposed tense scenes with tired, derivative, and borderline infuriating musical stings that drain every notion of suspense and catharsis from it.

Moreover, each character (or, more aptly, caricature) traverses a series of tokenisms that lifelessly push the story toward the next beat. While each performance attempts to make the most of what little they’re given, the central child performance is noticeably bad, actively miring the film in unintended comedy and a perpetual awkward air. Couple this with clunky dialogue that uncomfortably likens mental illnesses to demonic possessions, and you get an experience that virtually sucks the possession subgenre dry.

By the time, Prey for the Devil arrives at its conclusion and reveals its bafflingly obvious, eye-roll-inducing twist it has all but overstayed its welcome, releasing the hot air it solely consists of. While Stamm’s latest effort isn’t the worst the genre has on offer, it is one of the most frustrating— filled with promise that is quickly exorcized. 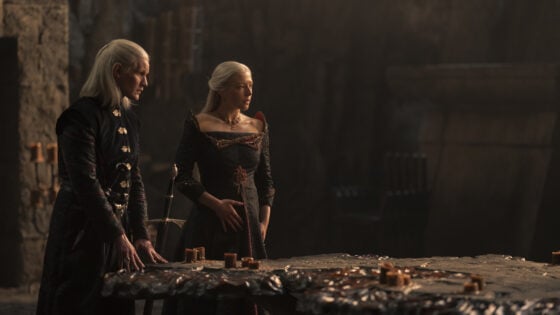