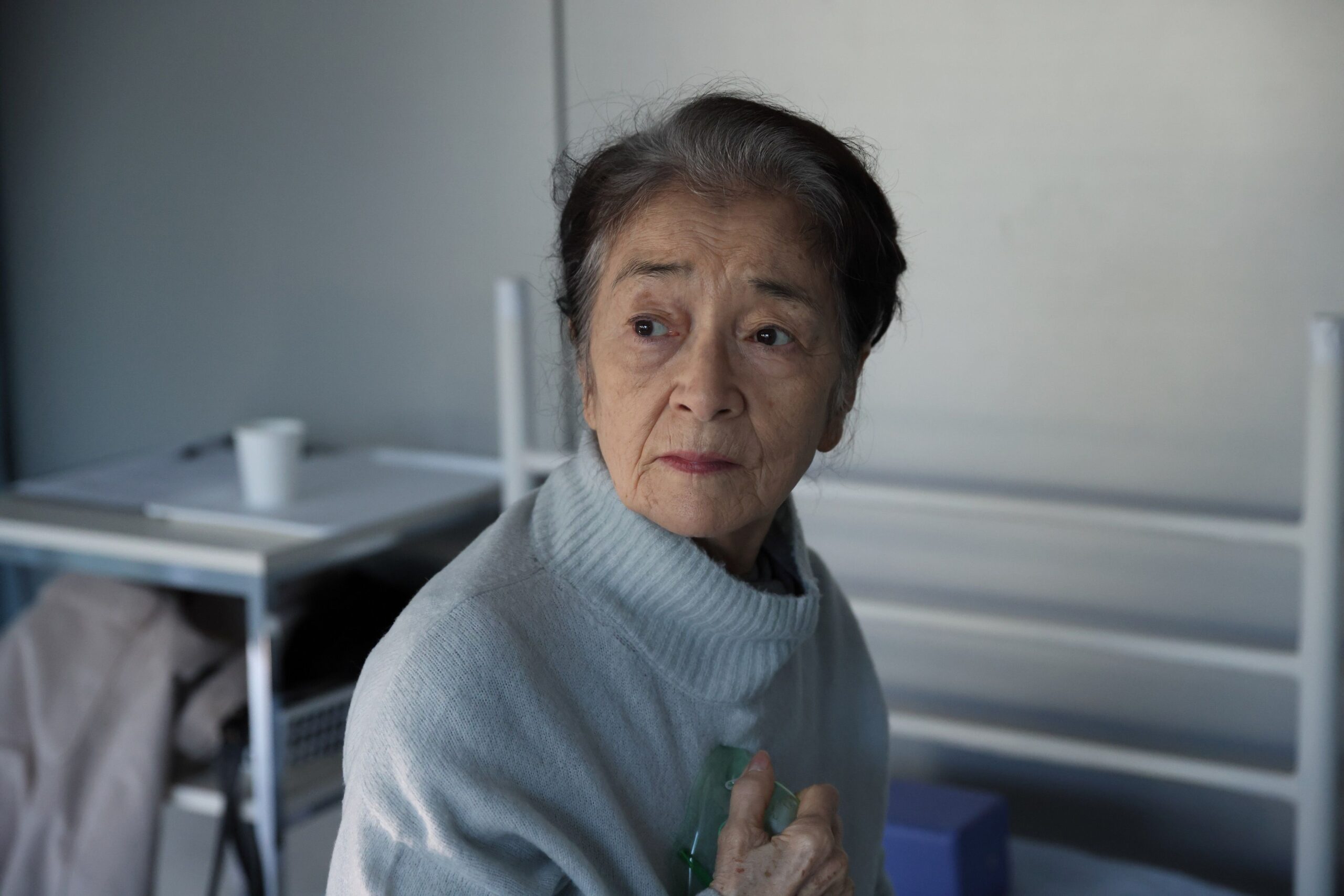 “It’s hard to hold your head up in a place like this. It looks like we’re clinging to life.”

In a not-so-distant future, the Japanese government has taken steps to try and offset their aging population and put a stop to a string of violent ageist crimes; the titular Plan 75. The brilliant direction of Chie Hayakawa expands upon a short film she contributed to the anthology film Ten Years Japan, which was inspired by the real life 2016 murder spree a man went on in a Tokyo aged care facility. There’s a sci-fi tint to things, but the core of the film is a devastatingly recognizable world where human beings on the margins are considered economical ‘burdens.’

There’s a realism, a melancholy that dips into despair, there’s a lot of truths in modern Japanese society woven into a film only gently leaning into sci-fi. These are the sorts of things that frame science fiction, how it interacts and comments on our own reality. ‘Plan 75’ is an all expenses paid voluntary euthanasia program rolled out by the government, those over 75 are offered the chance to ease the burden on society their existence is deemed to be. Surrounding this program we follow three story threads, disparate lives coming together through the government machine. Not all at once, and not all three together, this is three personal stories which collide in their own journeys. Each of them finds something different in the soullessness of it all. Once things touch you personally, it’s much harder to hold them at arm’s length.

Young Hiromu (Hayato Isamura) works as a salesman for the program, selling the ‘opportunity’ to aging residents of the city. He seems a fervent believer in the good it will do for society at large, up until it touches too close to home. He discusses things with Michi (Chieko Baishô), who at 78 is facing a crisis where she’s losing her job and accommodation. It seems to be a sound option, and one she finds her friends are taking up around her. All the while there’s a Filipina working overseas in Japan in order to earn enough for her daughter’s life saving heart operation. Maria (Stefanie Arianne) gets roped into working for the program without fully understanding what she’s getting into, only that it pays more than her current job.

It’s quietly haunting, the uncertainty that creeps into the face of Michi frames the weight of Plan 75. Despite the corporate appearance, and the cheerful salesmen in Hiromu, and the medical cleanliness of it all, the experience is anything but a simple and smooth process. Realizing a definitive end date for your life is not an easy thing to do, suddenly things seem to be less about living and more about dying. But the trio find their own paths, pushing through the complicated thickets of signing away your life and finding their humanity.

With the other women Michi knows who sign up for the plan, the ideas of control begin to be played with. The government frames it as the individual taking control of their own end date, freeing themselves from worry and finding convenience in sorting things out. But in the waiting rooms uncertainty creeps in. The group of women are excited and treat this is a luxury trip, but the further things go and the closer that date gets, the less it feels like being in control and the more it becomes apparent they’ve given it all up. The writing in Plan 75 is phenomenal, heavy emotional weight presented by a cast of intricate characters who all have these different backgrounds and outlooks. The social commentary runs deep, Hiromu who is hocking ‘Plan 75’ for the elderly to give up control of their lives, also is involved with hostile architecture. The disregard for humanity, the cold and pragmatic outlook on things, it’s seen creeping into life all around us.

There’s a lot of contemplation in the long shots and quiet, lonely scenes. I adore slow burn films, but even if I didn’t Plan 75 never feels dull or overly long. It’s contemplative atmosphere is core to the themes, and shining a light on this under represented side of life comes as troubling, confronting, and very important. To be fading away, not considered by the ever moving nature of society, is a deeply frightening concept. The humans behind these demographics are what’s focused on, and this grim uncertain existence is illuminated. Even though ‘Plan 75’ is an opt-in program, with no opportunities for the elderly and no space left for them, they’re strongly nudged towards opting in to die. These people are considered dead long before their final breath.

It’s not all macabre commentary on a culture that’s growing more and more to see a whole subset of its people as disposable. Plan 75 speaks on life through the lens of death, it’s a celebration of individuality, of the things that make us unique. There’s this beauty underlying things, though through the chilling reality coursing through the sci-fi tinged tale it can be hard to make out. But in that beauty is a plea for empathy, of understanding, from a cold society. An ageist society with problems that seem to require inhumanity to solve, Hayakawa captures a harrowing yet distinctly human experience that sticks with you.