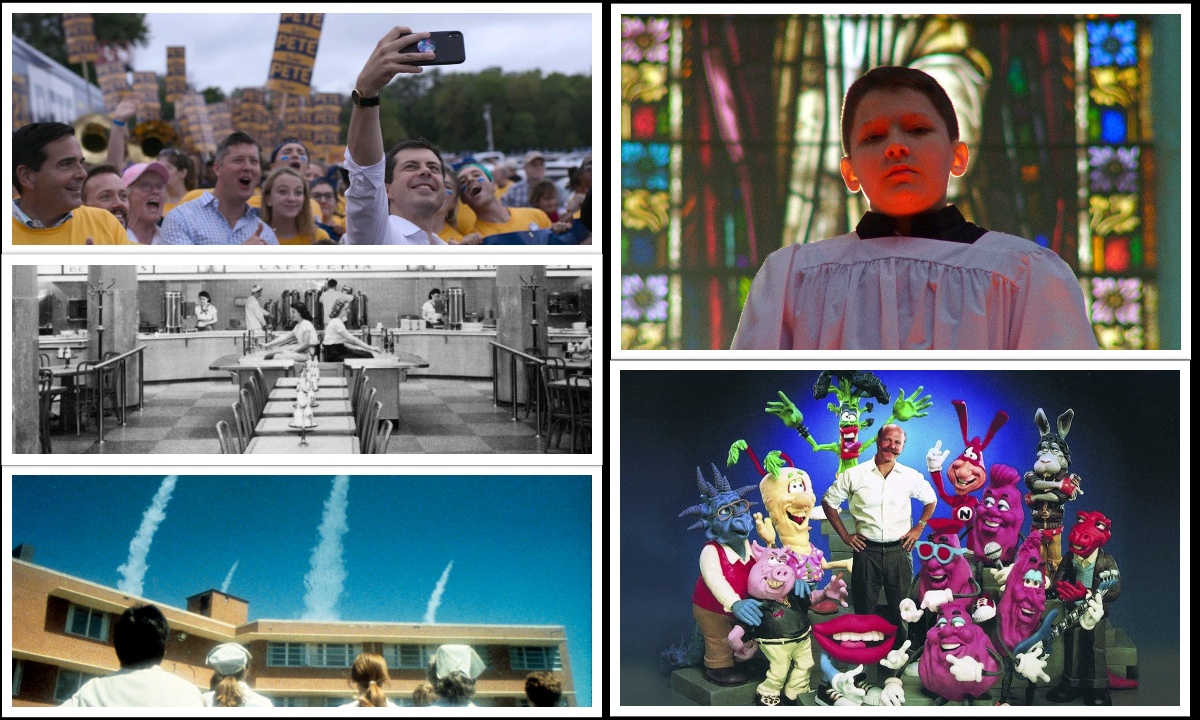 The Philadelphia Film Festival, which began Wednesday, October 20, and continues through the 31st, represents a return to theaters after the 2020 edition was held virtually and at one area drive-in. And while the festival has maintained both the virtual screenings and drive-in, the bulk of PFF is being held in person at the two venues owned by the Philadelphia Film Society.

The festival has a robust documentary lineup; here are some highlights of docs featured there:

A documentary about the landmark 1981 TV movie The Day After, which dramatized the aftermath of a nuclear attack. Despite heavy doubts from network executives, The Day After had massive viewership, went on to help spur the anti-nuclear movement, and was even said to have encouraged President Ronald Reagan to pursue nuclear disarmament.

The documentary was directed by Jeff Daniels, who is NOT the actor of that name, as the director helpfully informed me in an email after I implied otherwise on Twitter. It’s highly entertaining, largely because some of the principals are still bitter with one another four decades after the fact. They’re like the Michael Jordan and Isiah Thomas of the TV movie world.

Television Event, which has been on the festival circuit much of the year, will remain there at least for a while, including a stop at DOC NYC in November. There’s no word on a release date.

Here’s a documentary about the very cheap cafeteria that operated in New York and Philadelphia for the bulk of the twentieth century, and was frequented by a long list of well-known people, who put their coins in the slot and got their meals, along with a lifetime of memories that came with them.

Directed by Lisa Hurwitz, The Automat was able to assemble quite an impressive roster of talking heads that includes members of the family that owned the business for generations. And of the prominent subjects, at least three – Justice Ruth Bader Ginsburg, comedian Carl Reiner, and former Secretary of State Colin Powell — have passed away since their interviews were filmed, including Powell just a few days before I saw the film.

But the most prominent interviewee is the now-95-year-old Mel Brooks, who not only provides sharp insight but even sings an original song that he wrote just for the movie.

A theatrical run of The Automat, in some cities, is planned for 2022.

Robert Greene has emerged in the last decade or so as perhaps the most creative documentarian working today. He made the remarkable Bisbee ’17 in 2018, and other films like Actress and Kate Plays Christine have played with the documentary form in new ways. Here, Greene finds a new angle in dealing with Catholic Church abuse scandals.

In his new film, Procession, Greene collaborated with a half-dozen men who were abused as boys by Catholic priests. He then connects them with a “drama therapist,” who helps them to come to terms with their trauma by acting out aspects of it, before the cameras. At various times, many of them even end up dressed as priests, and writing and acting out dramatic scenes.

I admit I was a bit skeptical about the drama therapy part, but the way it’s presented is quite powerful. Some of it at times resembles detective work, such as when the men drive around attempting to locate a lake house where the abuse of one of them took place.

Alas, it does not make the church look especially great. If you watch this on Friday, you won’t want to go to church on Sunday.

Procession, which is the lone Netflix movie at the Philadelphia Film Festival, will arrive on the service on November 19. Netflix, which has won several Best Documentary Oscars in recent years, is said to be pushing Procession for awards.

This film, directed by Marq Evans, tells the compelling story of Will Vinton, a major figure in the history of American animation, and one of the creators of Claymation. It’s also the story of how he had his company essentially stolen from under him.

Vinton, who sported a luxurious mustache, had a big hand in the creation of a wide variety of animated characters in fiction and advertising, including the California Raisins, the Noid, and the characters on The PJs.

But we also learn how Vinton was out-maneuvered at various points. He made a bad business deal that left him without ownership of the Raisin characters, leaving him unable to profit from that brief cultural craze. Later, he created a character called Wilshire Pig, who was meant to serve as a signature company character like Mickey Mouse or Mario, but that idea flopped.

And then he brought Nike founder Phil Knight into the company as an investor, only for Knight to push him out in favor of Knight’s son Travis, who is seen engaging in some Chet Haze-style rapping.

In addition to much footage from the depositions in the lawsuit between Vinton and Knight, the film features plenty of interviews with Vinton from before his death in 2018.

There’s no word on a release date.

During the last in-person Philadelphia Film Festival in the fall of 2019, I ducked out for a day to see presidential candidate Pete Buttigieg speak in Philadelphia. This year, there’s a movie about the candidate at that festival.

Directed by Boys State‘s Jesse Moss, Mayor Pete is an extremely up-close campaign documentary looking at the 2020 presidential candidacy of Buttigieg. Then the mayor of South Bend, Indiana, Buttigieg was the first openly gay candidate to seriously challenge for the presidency.

The documentary is fawning to a certain degree, but it also makes clear why Buttigieg isn’t currently president- for one thing, he seemed completely unprepared to appeal to Black voters, even before he had to leave the trail to deal with a police-involved shooting back in South Bend.

We see Buttigieg with his husband Chasten, with whom he discusses having children (they’ve since adopted two), while Buttigieg’s campaign manager, Lis Smith, emerges as a first-rate documentary “character,” with her rock ‘n’ roll T-shirts and often blunt advice for the candidate.

I just wish the film had found room to address that bizarre episode in which a Buttigieg superfan in Nigeria emerged on Twitter, and Smith had to deny rumors that she was behind that account.