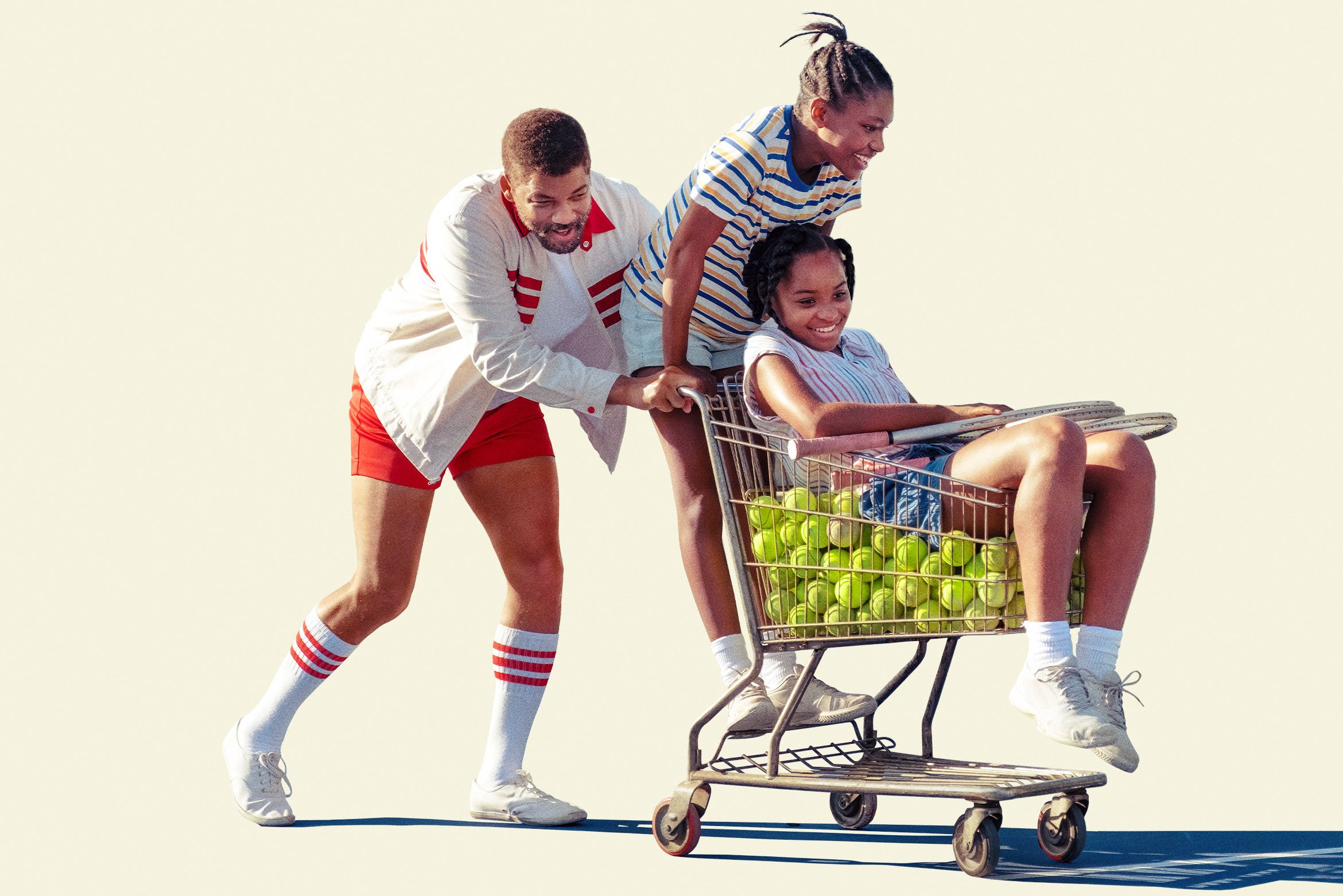 King Richard, the new biopic of Venus and Serena Williams’ father Richard Williams, belongs squarely in the recent tradition of I, Tonya, and the Monica Lewinsky American Crime Story series: It’s meant as a revisionist reclamation story, for someone who was treated rather harshly a couple of decades ago by the news media.

Over the years, Richard Williams has often been depicted in the news as, for lack of a better word, a crazy person. Especially in the early years of his daughters’ careers, he frequently said outlandish things and was described in the press as “mercurial,” “moody,” “brash,” and other terms often applied to Black sports figures about whom white sportswriters aren’t prepared to understand. While overzealous parents have been a part of tennis for decades, Williams’ distinct style of behavior was certainly not a familiar one in the tennis world.

Now, we have a biopic that essentially shows Richard’s side of the story, depicting him as a diligent, hard-working if an imperfect father who, despite frequently clashing with his daughters’ professional coaches, pointed Venus and Serena on the path towards athletic greatness.

The film debuted at Telluride this fall and showed at the Philadelphia Film Festival on October 28 as a “Centerpiece” screening. It will debut in theaters and on HBO Max on November 19.

No one ever said Richard wasn’t a compelling figure, and here he’s played by Will Smith, delivering his best movie performance in years and perfectly nailing Richard’s Louisiana accent. Smith is a producer of the film, which had the Williams family’s approval and cooperation.

However, there are a couple of things holding the film back. One is that a biopic about Venus and Serena themselves, and about their relationship with one another, would probably have been more interesting. The other is that, if Richard Williams had written and conceived of this film himself, it probably wouldn’t have looked all that different.

King Richard, directed by Monsters and Men‘s Reinaldo Marcus Green and written by Zach Baylin, follows the Williams family saga from their life as preteens in Compton around 1991, through Venus’ professional debut in 1994. It adopts the basic structure of a standard sports movie, except that in most cases, the hero of the movie isn’t the great athletes’ father.

Again- why aren’t Venus (Saniyya Sidney)  and Serena (Demi Singleton) centered in the narrative? And why is the film told in a way in which it ends after Venus’ pro debut, and Serena barely exists as a character?

An entire movie could have been made, specifically, about the sisters’ relationship with one another- Venus emerged first, but Serena eventually eclipsed her, and while both have had very long careers, their matches against one another have always had oddness to them. There’s more than enough there for a whole movie, but King Richard barely scratches the surface of that aspect of the story.

And besides, Richard’s behavior — creating a manifesto for making his tennis stars before they were born, badgering and overruling their coaches — is the sort of thing that would make him look like a controlling monster if it had led to any outcome other than the one that it did. Otherwise, he’d just be Marv Marinovich.

Aunjanue Ellis gets some great scenes as their mother Oracene, who even gets to dress down Richard about his infidelities and questionable decision-making. But the way the story is told is meant to vindicate Richard almost completely.

There’s a somewhat ludicrous early subplot in which Williams tangles with a local gangster, getting into a pair of fistfights before the gangster is shot right in front of him. Later, we see the family watching footage of the Rodney King beating on TV, but we never see the effect the subsequent L.A. riots had on the family. And the family’s Jehovah’s Witness faith is mentioned a few times, but not given much depth.

Tennis is a sport that has not inspired many great sports movies. There have been a couple of treatments of Billie Jean King’s career, mostly centered on her “battle of the sexes” with Bobby Riggs. There was the romantic comedy Wimbledon, as well as some fantastic documentaries, like 2018’s amazing John McEnroe: In the Realm of Perfection.

I could imagine great biopics about John McEnroe, Andre Agassi, Martina Navratilova, or even Jennifer Capriati, who King Richard treats as a cautionary tale. And most of all, I could see one about Venus and Serena Williams, that focused on them, their relationship, and their careers.