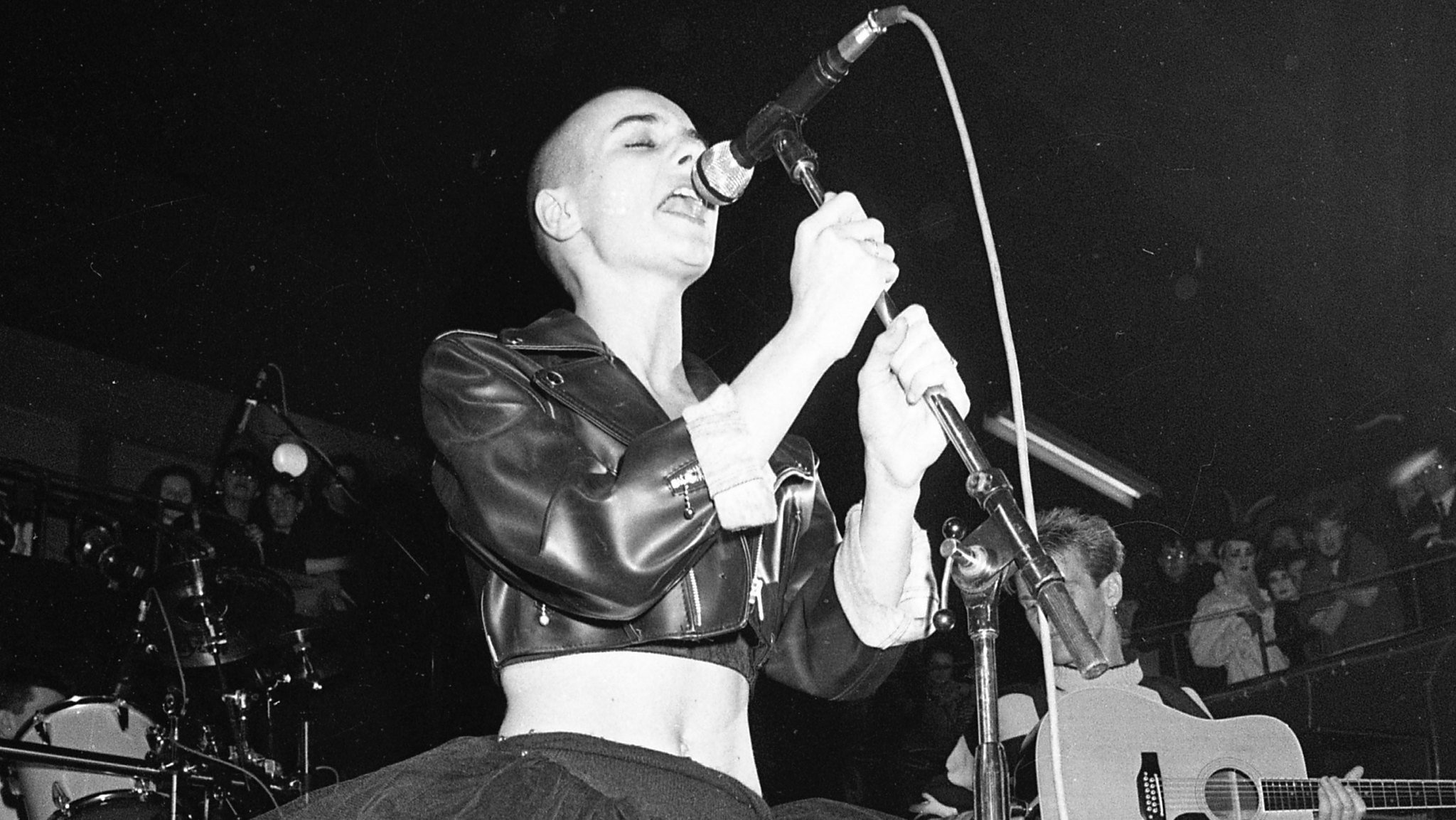 Sinéad O’Connor is an artist ahead of her time. She overcame a terrible childhood and, by following her heart, became a voice for the underclass. Her experience made her both a prototype and a cautionary tale for popstars who espouse political beliefs via their massive platforms. She was everywhere until she was nowhere. Nothing Compares covers the time when she was everywhere. Through largely archival footage, Kathryn Ferguson’s film wisely puts the captivating performer front and center but misses out on the chance to show the world the O’Connor it’s been missing out on.

Much of O’Connor’s early motivation was escape. Escape Ireland, home to her abusive childhood, regressive views on women and corrupt Catholic Church. She flees to London where she finds refuge in Queer and Black communities of the conservative 1980s. It’s there she finds the family she needed in others who are oppressed by the Church. Music and the performance of it become her other escape and the only time she seems happy. Buoyed by her massive talent, her career as a singer begins to take off and discovers early on record companies want to control her art as well as her body. She eschews the saccharine pop she is pressured into making and the traditional image of a pop star by shaving her head. In a backward but similarly controlling exercise to anti-abortion laws, her record company unsuccessfully pressured O’Connor to terminate her pregnancy for her to maintain her physical appearance.

Ferguson maps her story to the progressive political movements in Ireland and Britain: the fight for women’s rights, particularly the right to abortion in Ireland; the emergence of stories about widespread abuse in the Catholic Church; and the continued fight for the civil rights of Black communities. Throughout her ascent, she becomes more bold and outspoken about these causes. Her enormous success comes hand-in-hand with her solidarity with Public Enemy’s boycott of the Grammys and refusal to play the National Anthem before a show in America. Just as we see today, schisms are created and villains made from those who speak out, though back then large companies sided with a more jingoistic view than today. It all comes to a head with her infamous Saturday Night Live performance in which she sang the words of Rastafari leader Haile Selassie and proceeded to tear up a photo of Pope John Paul II.

What’s captured in the footage is the paradox of O’Connor. A physically slight yet enormously powerful woman who erupts on stage but is shy and reserved in interviews. While a towering figure on stage and screen, she can also come across as a wide-eyed and timid young girl.

The narrative is built around a new interview with O’Connor. Ferguson features no talking head commentary. She said the choice serves the dual purpose of keeping focus on O’Connor but also allowed them to continue production amid the COVID-19 pandemic. Much of the aesthetic echoes the grungy visuals, frame rate manipulation and breakneck editing of 1990s music videos like O’Connor’s. Ferguson also includes stylized dramatizations that are on the nose and clash with the sincerity and unfiltered nature of her subject.

A particular shortcoming is the lack of detail around ‘Nothing Compares 2 U’, O’Connor’s biggest hit and the song from which the film gets its title. The song was written by Prince and his estate did not give permission for use of the song in the film. Ferguson addresses the song by covering the music video, which was a sensation it its own right. It’s difficult to argue a better title for a documentary about the Irish singer but to not provide a more full view of the song is deflating.

Nothing Compares presents O’Connor as the trailblazer she is. After the end of her public life in 1993, the film jumps to the state of progressive movements and their top-charting champions of today to illustrate the road O’Connor paved upon which artists like Billie Eilish and Megan Thee Stallion walk. The film ends with a performance and the first glimpse of O’Connor since the early 90s. It skips over her time in self-imposed exile where she continued to create music; a period which the public has not been privy to and would be interesting to elucidate. A time that seems as if she was reconciling, healing and growing as an artist. Because as O’Connor puts it “They broke my heart and they killed me, but I didn’t die.”

When You Finish Saving the World: A Promising First Effort from Jesse Eisenberg