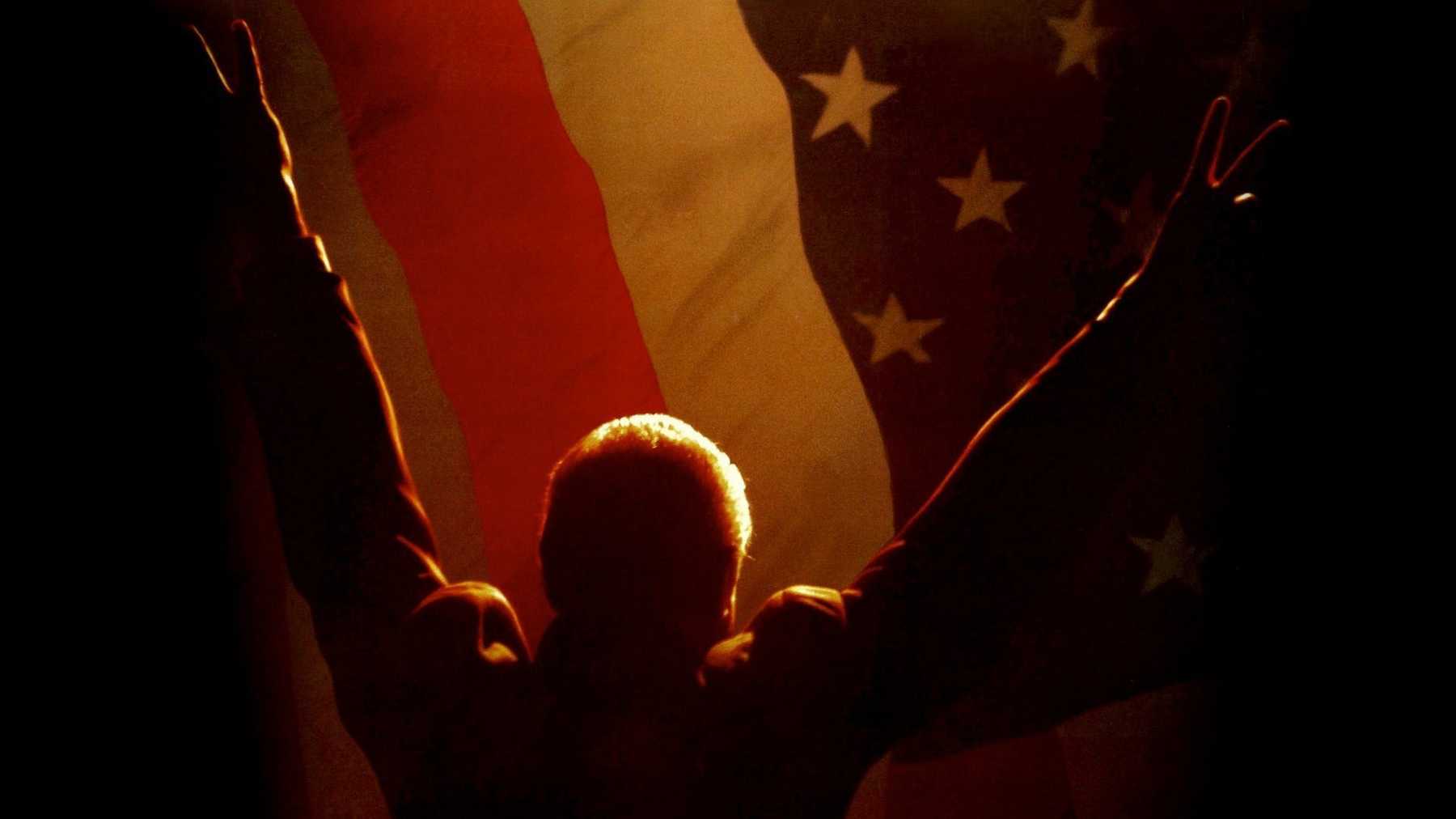 Oliver Stone’s Nixon, the oft-controversial director’s look at the life of the 37th president of the United States, his rise and his downfall, came out a little more than 20 years after Nixon’s resignation from office (and less than two years after his death.) More time passed since the movie than the amount of time between its events and the movie, and it’s the equivalent of a movie being made today about the Clinton impeachment, or the Bush/Gore election.

Many reviewers compared it to Shakespeare’s plays about medieval kings, the difference, of course, being that only a couple of decades had passed since Nixon’s time. There were comparisons to Citizen Kane as well.

The film, at 192 minutes, was one of several in the fall and winter of 1995 that went well past the three-hour mark, and while it wasn’t nearly as exciting as Michael Mann’s Heat, which arrived the week before, Nixon had a lot to offer for political junkies, as well as those who remember that era well- especially those who despise Nixon.

In usual Stone fashion, the film included an attempt to psychoanalyze Nixon, albeit not in a way that differed particularly from the conventional wisdom about the man. He came from relatively humble and often tragic beginnings, and had a seething resentment of the Kennedys and others from a more elite background than himself. Nixon would use that resentment as a sort of oxygen for his political career, which helped him get elected president in 1968 by harnessing the “silent majority” of the cultural backlash against hippies and protesters. It’s a playbook that’s been executed various times in the years since, most recently by Donald Trump.

Stone’s film follows the ups and downs of Nixon’s political career, including his loss to Kennedy in 1960, his failed run for governor of California two years later, and his ultimate comeback in getting elected president. There’s also many depictions of Watergate, including Nixon committed the crimes that nearly got him impeached before his resignation. The film also depicts Nixon as a surly drunk, who had a terrible relationship with his long-suffering wife Pat (Joan Allen.)

Part of the fun of Nixon was the casting of great actors in all of the roles of major Nixon Administration and Watergate figures. There was James Woods, bringing the sleaze (and the anti-Semitism) to the role of H.R. Haldeman, J.T. Walsh as John Ehrlichman, Powers Boothe as Alexander Haig, Paul Sorvino as Henry Kissinger, Ed Harris as Howard Hunt, Bob Hoskins as J. Edgar Hoover, and a dozen more. Dan Hedaya- who would play Nixon himself four years later in Dick – played a character based on Nixon’s friend Bebe Rebozo. Larry Hagman even popped up in a memorable scene as a Texan power broker meant as a stand-in for the John Birch Society.

It was Anthony Hopkins, just a few years off his Oscar win for The Silence of the Lambs, who played Nixon himself. And perhaps the most controversial decision at the time was to have Hopkins portray Nixon without any facial prosthetics, and not particularly making much of an attempt to look or really sound anything like Nixon. This never particularly bothered me, although I wasn’t born until four years after Nixon left office. Hopkins, now in his 80s, is still at it, nominated for an Oscar last year for The Two Popes and looking at another one this year for his fine work in The Father.

While the film isn’t nearly as untethered from reality as Stone’s J.F.K. was, there’s a lot in Nixon that’s a bit historically creative. Nixon, for instance, probably didn’t really speak to presidential portraits at night, and there’s no indication he really did say to the Kennedy portrait, “when they look at you, they see what they want to be; when they look at me, they see what they are.”

There’s the implication that Nixon had approved anti-Castro operations as vice president that led to the Kennedy Assassination, in one of the film’s more far-fetched conceits, and there’s also discussion of a concept of CIA/government malfeasance that Nixon calls “The Beast,” which sounds a lot like the Trump-era concept of “The Deep State.” The extent of Nixon’s alcoholism, meanwhile, has been debated by historians.

The Richard Nixon Library put out a statement at the time denouncing the film, although I’m not sure I’d want to see a Nixon movie that the Nixon library would approve of.

No, it’s not the best film about Nixon or Watergate. That honor goes to All the President’s Men, a film in which Nixon didn’t actually appear as a character. There’s also the wonderful satire, Dick, from 1999, and Secret Honor, The Post, Frost/Nixon, and even various documentaries. Rick Perlstein’s book Nixonland, from 2008, remains popular culture’s most incisive examination of the Nixon era, but it wasn’t particularly about Nixon himself and wasn’t exactly the sort of thing that could easily adapt to the screen.

Will we get this type of movie examination of the Trump era? That feels inevitable, and it’s already started to happen, with the Showtime miniseries The Comey Rule. I’m sure we’ll one day get something like Nixon, a more than a three-hour examination of Donald Trump’s life and presidency, with Great American Actors in all the main roles.

However, it probably won’t come from Oliver Stone. The director is now far from his peak, and no longer making films that take over the cultural conversation. His film about George W. Bush, W, added nothing to the popular understanding of that president, and his 2016 Edward Snowden biopic was redundant, coming just a couple of years after the same story was told in the documentary Citizenfour (Snowden did become an unlikely Netflix hit this year, however.) Stone has also made embarrassingly fawning documentaries about the likes of Fidel Castro and Vladimir Putin, and while his Wall Street sequel a decade ago, Money Never Sleeps, was entertaining, it didn’t really need to be made.

Nixon isn’t quite at the level of JFK, or some of the other films in Stone’s golden era in the ’80s and early ’90s. It is, though, a fine but flawed portrayal of a very flawed man.

20 years ago: Tom Hanks got skinny, and profound, in Cast Away