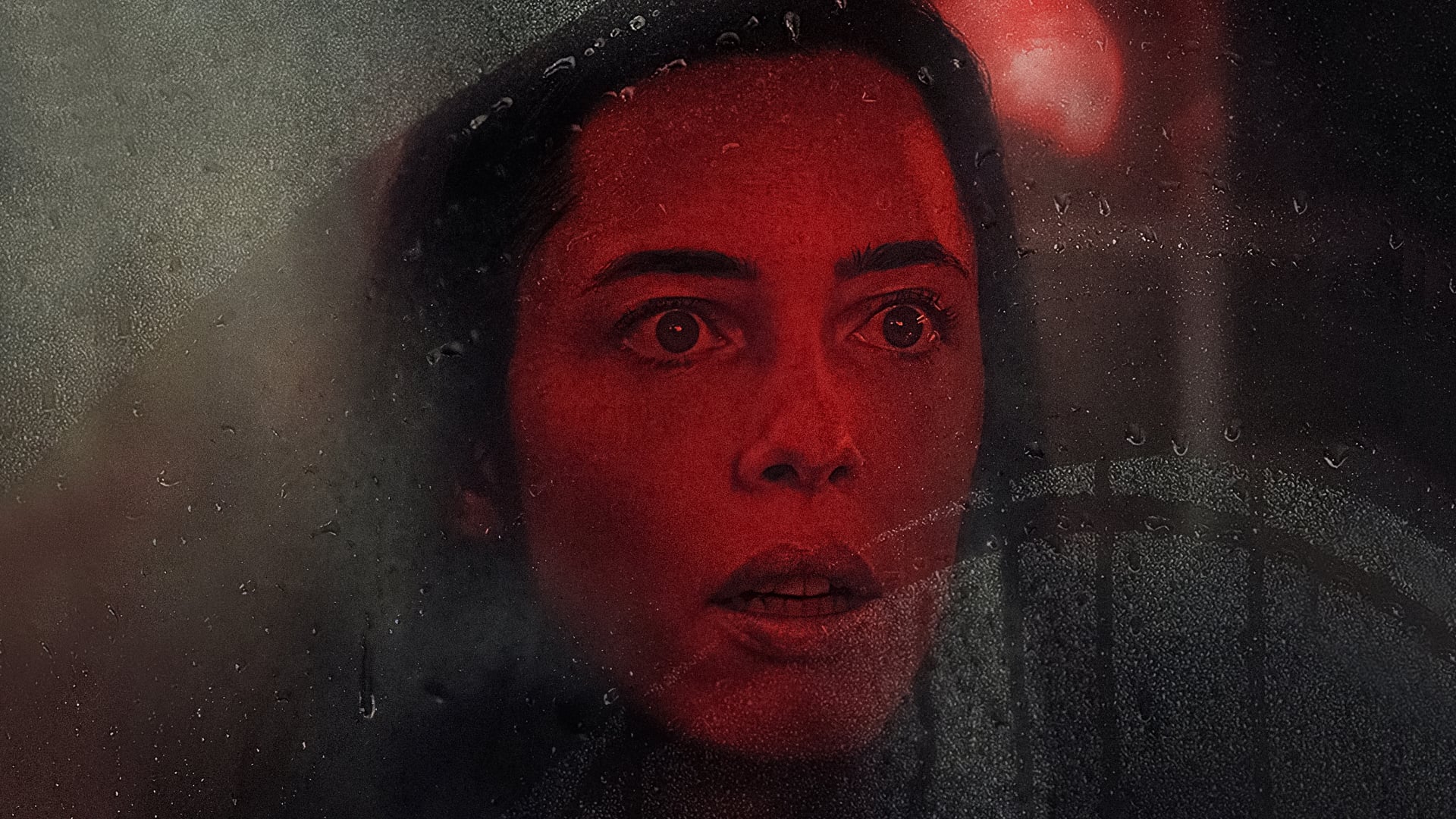 I’m on the record as not being a fan of jump scares — those moments when a movie signals that we’re supposed to be scared by using such a loud sound that we involuntarily shudder. They’re the ultimate form of shocked surprise, but too often, filmmakers use them as a means of misdirection. When they’ve failed to create a suspenseful atmosphere via the screenplay or the visual ambiance, they add a deafening door slam or a bump in the night or a gasp that registers as loud as a scream to make viewers involuntarily spasm. Something legitimately frightening that’s given an extra soundtrack boost is one thing, but more often the jump scares are paired with completely innocuous events to set us on edge when there’s no reason for our defenses to be aroused. It was clear from the opening minutes of The Night House that the film would use jump scares liberally. In fact, it’s a movie that lives or dies by them. But, miraculously, The Night House finds original and legitimately terrifying uses for its sometimes deafening sound. I’d hate to go home to an old, creaky house after seeing it, but few movies in recent years have set me this much on edge.

If The Night House embraces the jump scare, one trend it thankfully ignores is the need to find frights from the very beginning. Instead, it opens on a somber note with downbeat — but not depressing — music. Beth (Rebecca Hall) is obsessively going through keepsakes and old home videos. It soon becomes clear that her husband has killed himself, but we first meet Beth once she’s past the earliest stages of grief. Now, her sadness has lifted a bit and become intertwined with anger at the way he left her alone so suddenly. She’s a grade-school teacher and who lives in an elegant and spacious home on a lake hidden away in the woods, which we later learn was completely built by hand by her husband. But just as Beth is attempting to regain a sense of normalcy, something begins to act up in the house. She hears banging with no obvious source, and the automatic lights turn on outside and hints of figures are glimpsed, but nothing concrete. Things escalate when she’s awoken in the middle of the night by the stereo in the living room downstairs turning on and spontaneously playing her wedding song at full blast.

The Night House’s director, David Bruckner, handles these developments carefully and delicately. Though his jump scares are initially stimuli without meaning, they begin to accumulate, and we start to discover the secrets hidden in Beth’s house, some of them left by her husband. Though it’s a respectable haunted house film in many ways, The Night House begins to teeter on the edge of cosmic horror as it progresses, and the massive scope of the horrors it suggests is nearly overwhelming. Hall is the perfect choice for the film; she has a calming presence, and even her voice is soothing, and she’s able to stay calm initially, but once she finally lets loose, full-on panic sets in.

The Night House descends from bumps into the night to a constant state of terror, but what ultimately makes it so powerful is the sense of real emotion. Beth’s husband is mostly a cipher, but she reveals home important their relationship was, and just how alone she feels without him. The film’s nihilistic tendencies are abated just enough by her humanity. The Night House will get your adrenaline pumping, but it won’t leave a sour taste in your mouth.

Never Rarely Sometimes Always Is More Than a Simple Polemical