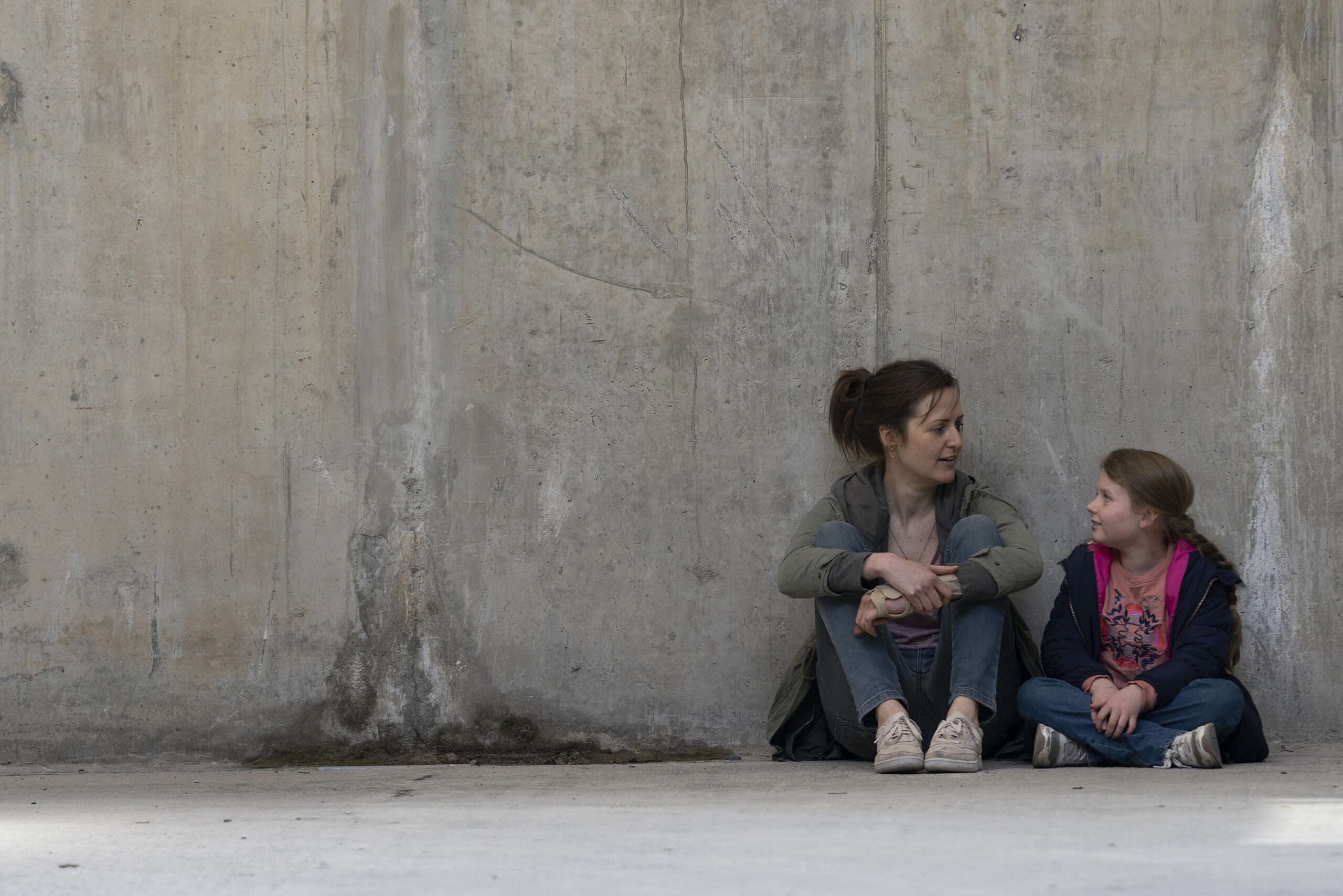 Herself, the new dramatic film directed by Mamma Mia filmmaker Phyllida Lloyd, is relatively sweet and inspiring, even though it’s not particularly exciting. But as long as we’re in the season of the infamous Wild Mountain Thyme, you can certainly do worse when it comes to movies set in Ireland that feature surprising amounts of singing.

In the middle of a custody fight, Sandra decides, with the help of some friends, to build herself a house in which to live with her girls. Among the friends is Conleth Hill, best known as Lord Varys on Game of Thrones, who is practically unrecognizable here.

The film has some points to make about the unfairness of the system, especially when it comes to women in desperate circumstances, and at times it threatens to turn into a courtroom drama. We’re shown, for example, that Sandra risks not having anywhere to live- and at another point is scolded in court for claiming to live in two different places.

Aside from a couple of instances when characters break into song, it’s hard to imagine a more different tone for a movie than Mamma Mia, which was Lloyd’s directorial debut. There are no bright colors, no dancing, and while Ireland is an isle, it looks nothing at all like that film’s Greek setting. Lloyd’s other film was the lightly regarded Margaret Thatcher biopic The Iron Lady, also with Meryl Streep.

Herself, which debuted at Sundance this time last year, is technically eligible for 2020 awards, although I don’t expect it to seriously contend for any. Even so, while it’s not the most glamorous of movies, it’s still a worthwhile one.

Herself is a Critically Bulletproof Feel-Good Story