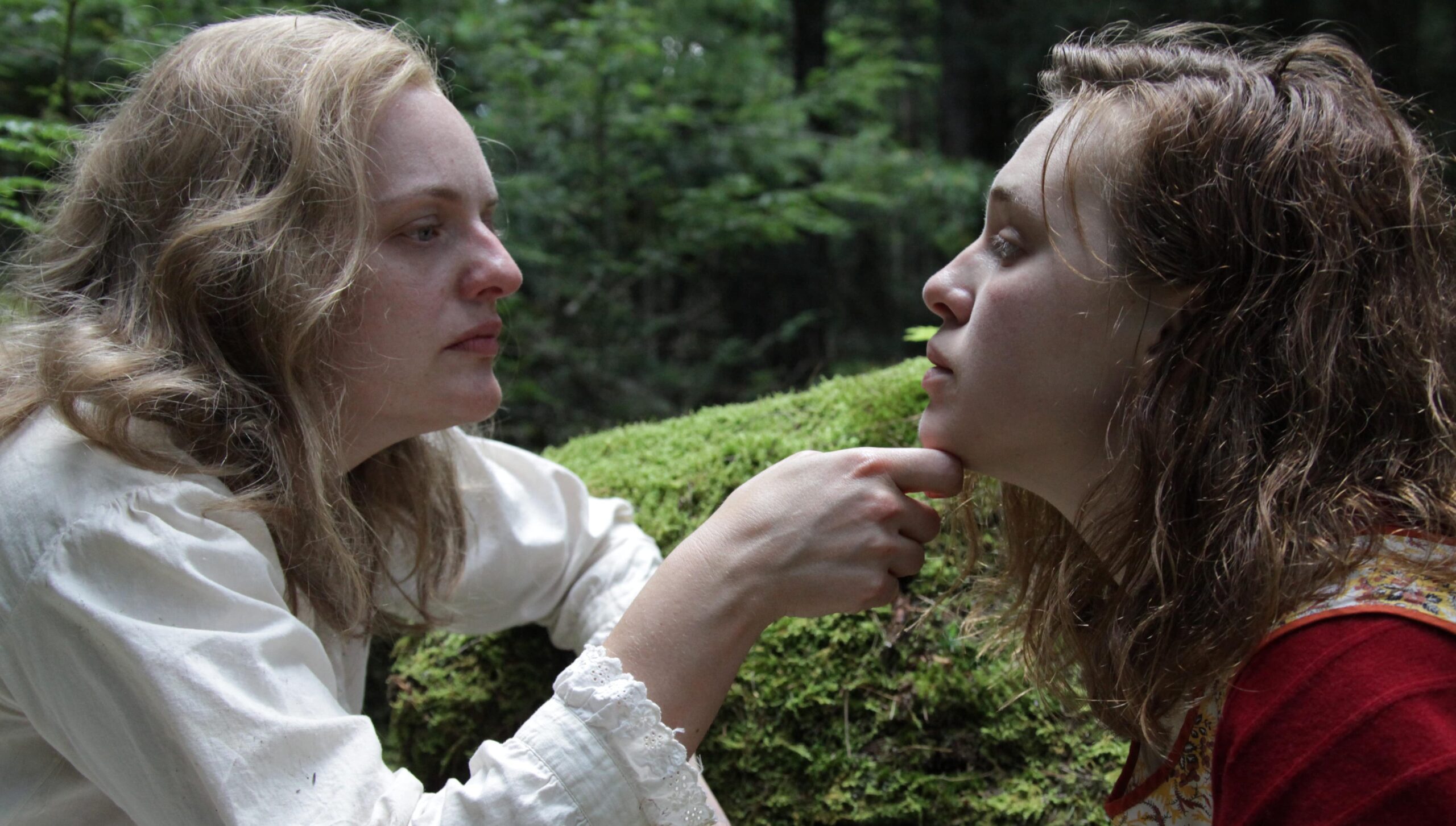 It’s been a banner year for unsettling Elisabeth Moss performances. One of the last films we were all allowed to watch in cinemas was The Invisible Man, in which she took the role of the ‘victim’ and transformed it into something disconcerting, complicating the often clear good/evil dichotomies of mainstream horror. In Shirley, a biopic based on horror writer Shirley Jackson, Moss finds new ways to catch her audience off-guard.

The film dramatizes the period of Jackson’s life during which she was writing her second novel, and it depicts her as a manic depressive agoraphobe – often confined to her bed, almost always confined to her house – and under the thumb of a domineering yet affable husband (Michael Stuhlbarg). This dynamic is further complicated by the arrival of a young (entirely fictional) couple: Fred and Rose Nemser (Logan Lerman and Odessa Young).

The relationships, as explored in the script by Sarah Gubbins (adapted from a book by Susan Scarf Merrell), are all delightfully complex and rich with drama. With the exception of Fred, the characters are strongly developed and incredibly performed. And the dinner scenes, during which the elder couple bait and torment the younger one, unfold with delicious awkwardness.

But it is the evolving friendship between the two women which makes for the most rewarding of the relationships. Rose is instructed to keep watch over Shirley during the days by her husband, Stanley, who is a professor at the nearby Vermont university. He asks her to cook and clean and essentially take on the ‘womanly’ duties in the house while his wife is indisposed by crippling depression. Rose clearly resents the position at first – it seems as though she wanted to study at the university herself – but she finds herself drawn in by Shirley, whose writing she loves. “It made me feel…thrillingly horrible,” she tells Shirley during their first meeting, referring to her short story The Lottery.

Over time, the two women find a balance and even an intimacy, although it is never without barbs and the threat of fracturing. Shirley encourages Rose to question her roles as an obedient wife and soon-to-be mother. The situation creates a rift between Rose and her husband, and grows the rift between Shirley and hers. Still, the film leaves it ambiguous as to whether Rose is liberated or destroyed by the crushing revelation that Shirley’s proclamation – “the world is cruel to girls” – applies to her as well as her unborn child.

However, this is a film which hints towards horror and madness and then refuses to make good on those promises. Shirley ends the film in very much the same state as she started it, although she may have influenced Rose to become more like her. Stanley starts as an abusive philanderer and continues to be both, although he may have influenced Fred to become more like him.

The film seems to stumble somewhere in the middle and then crawl to its close, with everything feeling rather static. Even a ‘climactic’ outburst from Rose rings false, prompted as it is by something she clearly saw coming.

A Couple of Couples

Even with the disappointments of the narrative, the performances are impossible to look away from. Elisabeth Moss is at her best, imbuing her version of Shirley Jackson with neuroses, strength, and a caustic devotion to a man she knows is mistreating her. And Michael Stuhlbarg is delightfully slimy, almost the polar opposite of his kind father in Call Me by Your Name despite the two characters sharing a profession. He doesn’t play Stanley as a monster or an irredeemable creep; he plays him as a gregarious, likable chauvinist who doesn’t respect his wife’s humanity as much as he adores her writing. His geniality makes his outbursts, when they occur, all the more unsettling. When paired up, Moss and Stuhlbarg make for one of the most watchable unhealthy relationships in recent cinematic memory.

It’s unfortunate, but perhaps expected, that the younger couple pales a little in comparison. Odessa Young, for her part, gives a wonderful performance in her scenes with Moss or by herself, but there’s just something missing when she’s alone with Lerman. Logan Lerman is given the least to do, and acts accordingly.

All of them are complemented by director Josephine Decker’s dreamy style of filmmaking, which serves to constantly remind the viewer of the unreality of what they’re seeing – which is fitting for such an unconventional biopic, one which chooses to focus on the psyche of its subject rather than attempting to accurately reconstruct their life.

The industry could use more biopics like this and the incomparable The Hours (which focused on another famously unstable female writer, Virginia Woolf, back in 2002). For all its narrative failings, Shirley is a bold, intriguing take on an unknowable figure. It’s more impressionistic than the by-the-numbers biopics we’re used to seeing, and it’s all the better for it.

Editor’s Note: This article was originally published on October 13, 2020, as part of our coverage of the London Film Festival.

New Amazon Drama Herself is Slight, but Winning

Promising Young Woman: A Daring Subversion of the Revenge Film