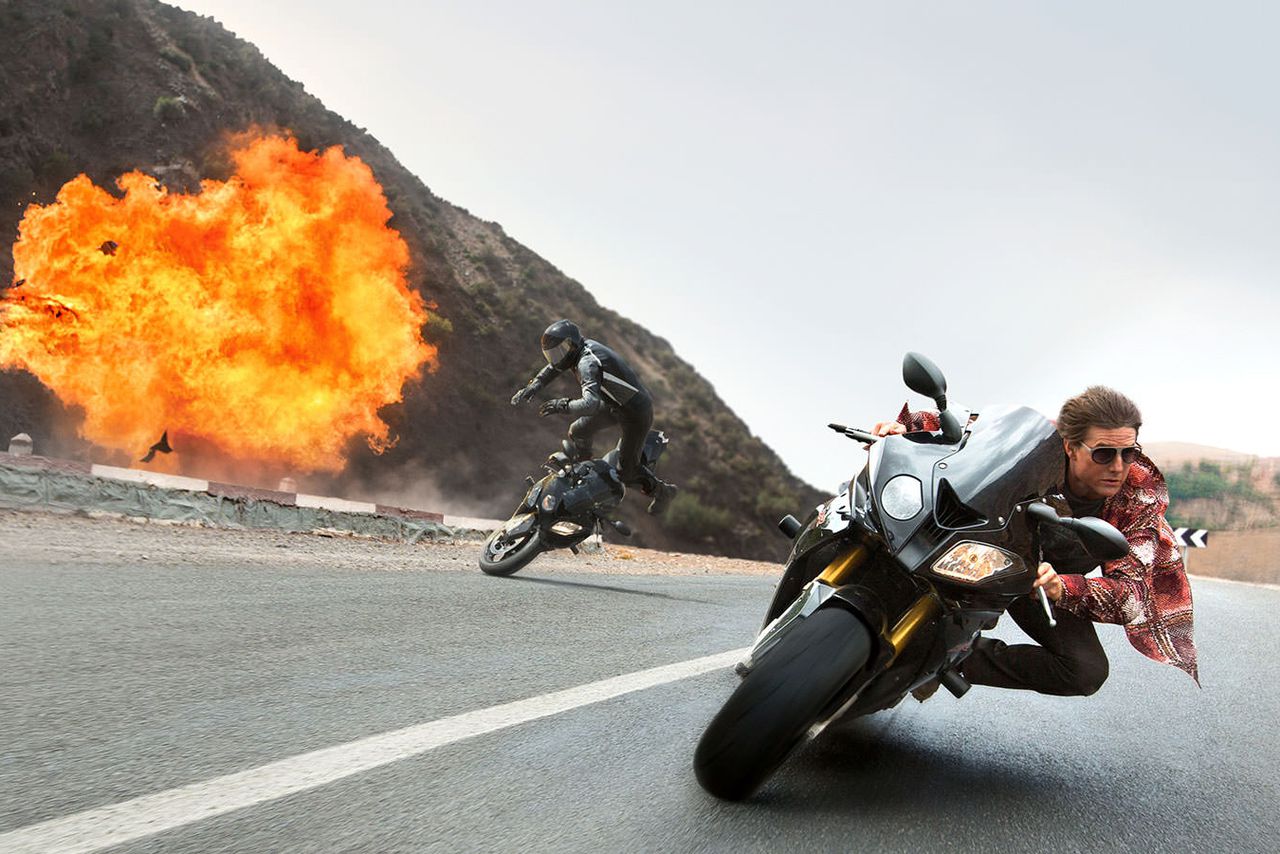 With Mission: Impossible – Fallout in theaters, it felt only right to go back a couple of years and take apart one of the most successful films in the franchise. The first film established that the TV show would make a perfect fit on the big screen; the second is dumb auteurism that simply left the series unsure of itself; the third demonstrated the importance of a good villain, and; the fourth gave the series death-defying stunts. Yet, the fifth film is a well-oiled machine that uses every successful component of the franchise from silly face masks to dangling Tom Cruise from a helicopter to double agents and triple-crosses, all in service of each other. Mission: Impossible – Rogue Nation is the culmination of several movies trying to get it right and finally succeeding.

Most notably, Rogue Nation constantly creates tension in every single one of its action scenes and never lets up until the end. There are several examples of why the tension sustains itself throughout, but the now-infamous opera sequence excels almost immediately.

It really begins the moment Ethan Hunt (Tom Cruise) is taken in by The Syndicate – the shadowy organization that is foreshadowed at the end of Mission: Impossible – Ghost Protocol and is led by Solomon Lane (Sean Harris) who has captured Hunt alive. He enlists Ilsa Faust (Rebecca Ferguson) to interrogate him who then lets him free and pretends he got away. From this point on, Rogue Nation has done two things: it shows Lane doesn’t really do the dirty work himself but if he must, he will, and it makes us question Ilsa’s allegiances. Ethan is now being hunted by the CIA after the dissolution of the IMF – Hunt’s now-former employer. Enter the opera sequence.

Action tends to work because of a lot of factors coming together. One of those things that is rarely utilized to create tension in an action scene is mystery. We like to know who the good guys are and who they need to beat up. During the opera sequence, there are several variables in play. For starters, Hunt has no idea whether Lane is actually going to be at the Vienna Opera House, but he has a hunch. Secondly, Ilsa Faust appears at the event, confirming Hunt’s suspicion that Lane is involved but the question still remains of whether Ilsa is on Ethan’s side, Lane’s side, or a third party. He also has no idea when anything is going to happen other than that it will likely be during the performance so as to serve as a distraction. These three things are all mysteries that are also all solved by the end of the scene.

Mystery is what this scene hangs its hat on. Taken by itself, it’s a well-executed scene that moves up and down as the music itself goes from somber to epic. But it’s the behind-the-scenes drama that escalates it to one of the greatest moments in the Mission: Impossible franchise. Benji’s (Simon Pegg) career is put into jeopardy as he throws himself on a plane to Vienna to help Ethan execute the mission. Ilsa risks everything she has worked for when releasing Hunt, now putting herself in Ethan’s crossfire during the opera. Not to mention that no matter what happens in this scene, Lane gets away and the German chancellor that Ilsa was hired to kill during the opera dies anyways.

By the end of the sequence, we now know Lane doesn’t trust Ilsa anymore. We know Ilsa is deep undercover. Benji and Ethan are officially rogue agents. And yet, two of the former two of these things are constantly in contention in later action scenes. The mystery of who is allied to who is most palpable in Vienna and works really well with the general themes of opera. Betrayal runs deep in Rogue Nation from the Syndicate’s belief that the government agencies that run the world have betrayed the world, to Ilsa’s consistent betrayal of MI-6, Solomon Lane, and Ethan Hunt. It only makes sense that the big early set-piece would focus so heavily on the deception of everyone involved.

Mission: Impossible – Fallout Is One of Action Cinema’s Greatest Peaks