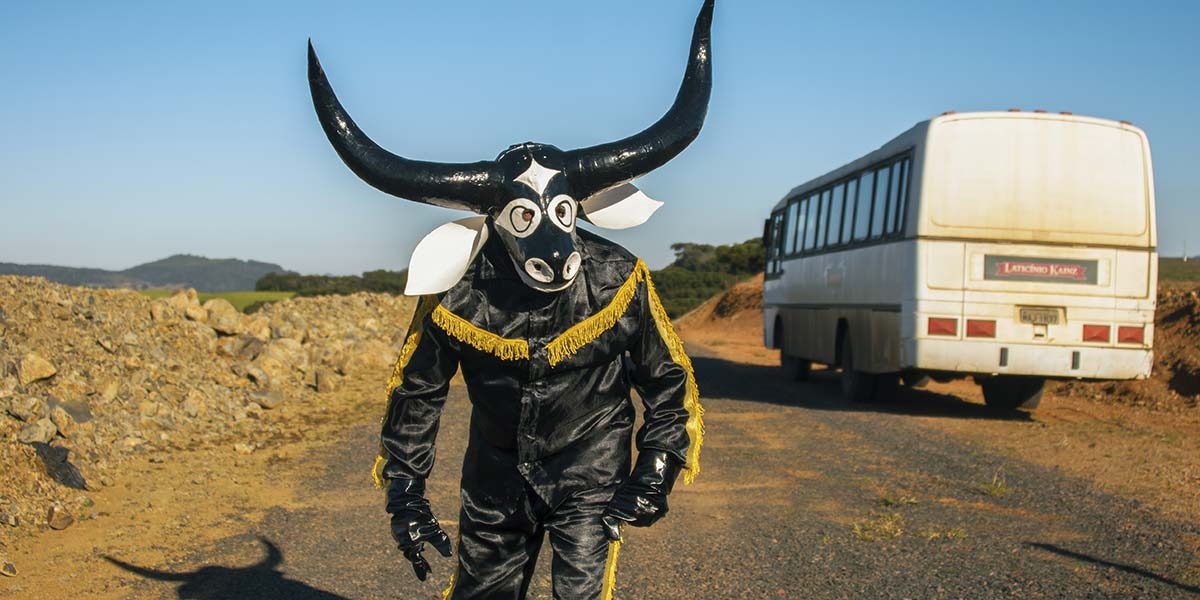 With an exacting and unflinching look at colonialism in modern-day Brazil, João Paulo Miranda Maria’s feature debut is a searing look at the way racism and prejudices are still held today. Memory House captures a smothering feeling of oppression and a neverending sense of loneliness. In its complete look at the ways colonialism still thrives in Brazil, an undeniable pain lingers throughout the entirety of the film. For some, it will be an extremely difficult watch as Miranda Maria’s gaze takes no prisoners as nature and man are put through the wringer. Yet, it is a timely look at racism that can be found in many other regions of the world to this day.

Bleak and slowly paced, Memory House follows an indigenous-Black man named Cristovam (played by Antônio Pitanga, best known for his films in Brazil’s Cinema Novo movement of the 1960s) who works at a milk factory in Southern Brazil. Though located in Brazil, Cristovam lives in an Austrian community – most of who also work at the factory since its purchase by a European company. Living in a community where he is the minority in his own country, Cristovam finds solace in a house that contains memories of generations past. From here, the film begins tapping into its most salient point: the traumas endured from colonialism continue to this very day.

Every shot lingers as Cristovam peruses the house, dredging up photos and relics from the past. He carries around a bull horn as he walks around town, occasionally blowing into it at cows or even in the local bar. Memory House portrays a slow attunement to the natural world – one that the White community around him seemingly takes for granted and even knowingly harms in retaliation to Cristovam’s existence. His only comfort is in that abandoned house and the animals that surround him.

Problems arise in Memory House with how Miranda Maria decides to take scenes and violence to an extreme. In many ways, he is very restrained, but when it comes to animal cruelty there’s a suffering that he forces the viewer to confront. However, even with good intentions, those scenes – and one animal death in particular – are drawn out and disgustingly revolting. The point being made is of course crucial, but its purpose could have been served in a more toned-down manner. If you’re going to kill an animal, please know that half the audience is going to tune out and the suffering that is being confronted is being done so in a way that feels like misery porn.

Outside of the treatment of animals though, Miranda Maria does not seem to go to the same lengths when it comes to human misery. Cristovam’s journey is one faced with constant oppression, but his pain is derived from the world around him collapsing. There’s a point in which things might turn around for him, but he seems to slip into the past and only worsen his state of isolation. It’s a tragic story made even more palpable by Pitanga’s subtle, yet powerful performance. Even in quieter, subdued moments, his presence takes center stage to the scene around him.

Memory House is still a poignant, timely look at how the past still remains in all the wrong ways.

There are many facets to the conversation Memory House is trying to have, and it does so relatively well – from another Black family accepting and embedding within the White community, even as they are still looked down upon, to the ways in which sympathy towards Black characters curry resentment from others. When the film reaches its climax, it has earned what proceeds and lets out a deafening plea for the world to take notice of a loss of culture.

Where Memory House stumbles most is how it goes about portraying its bleak nightmare of colonialism, giving more reason to turn away from the film than to continue with its message. As a slow burn, João Paulo Miranda Maria’s film is exacting in its displays of suffering while maintaining a mesmerizing quality through its mix of realistic and dreamlike cinematography. However, the decisions on when to employ an unnerving realism to a situation versus a more subdued depiction are what left me struggling. It’s a hard recommendation because of how unflinching it decides to be, but Memory House is still a poignant, timely look at how the past still remains in all the wrong ways.

What Makes David Fincher’s Seven So Special After 25 Years