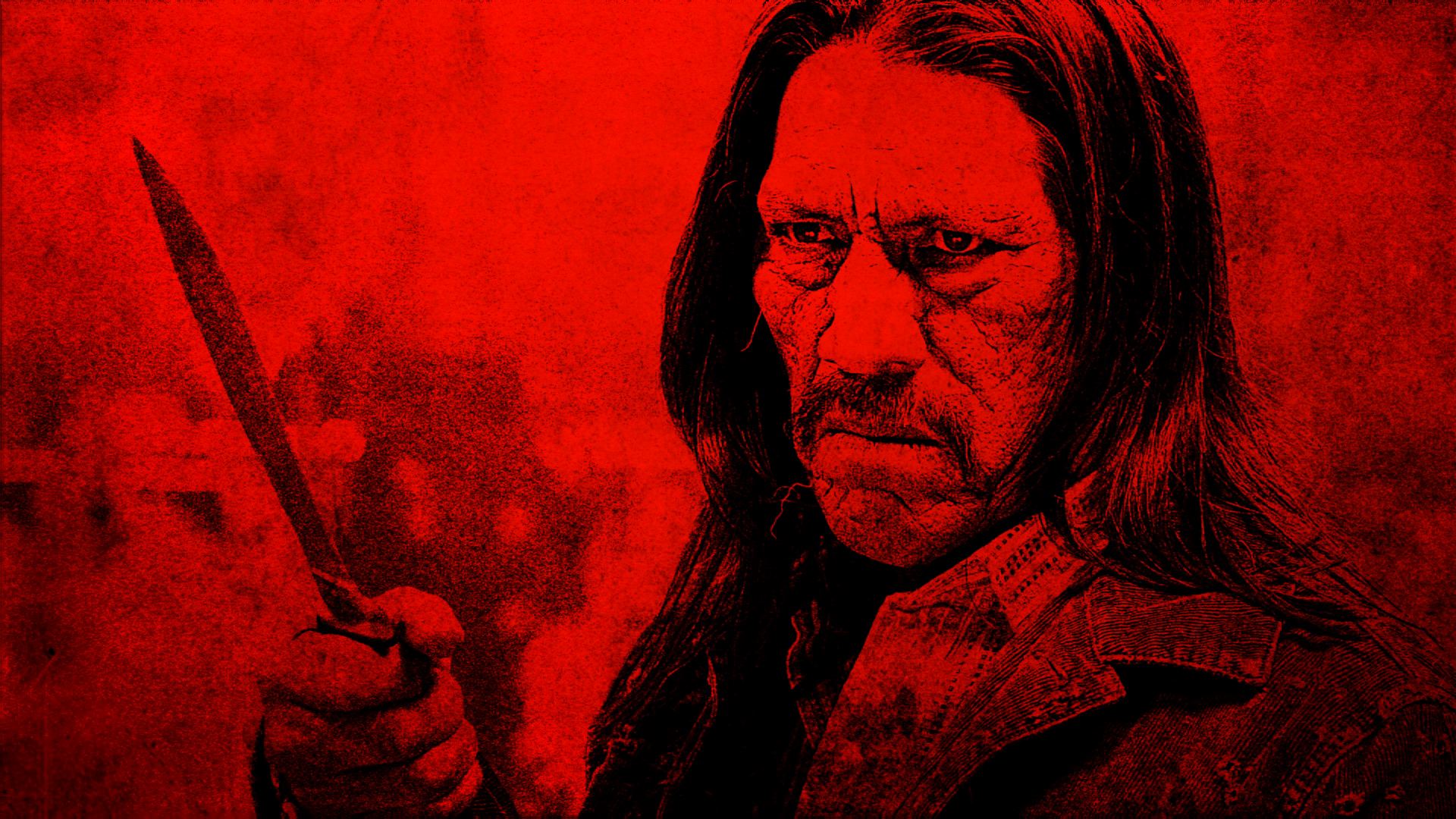 Three years after he was forced to watch the murder of his wife and is betrayed by the organization who hired him, an ex-Federale (Danny Trejo) launches a brutal rampage of revenge against his former boss and a Texas senator (Robert De Niro) who fights to stop illegal immigration.

It took three years, but Machete, whose fake trailer showcased before the B-picture homage Grindhouse, finally hit the cineplex in 2010. Anyone who found themselves excited by that teasing coming attraction was no doubt satiated by the relentless onslaught of over-the-top violence, extreme gore, unnecessary nudity, and cheap laughs that directors Rodriguez and Maniquis deliver in its full-length incarnation. Sugarcoat it with a dose of political satire and Machete is everything The Expendables should have been – self-aware, flashy, and fun.

Machete will more than satisfy lovers of exploitation cinema.

As far back as El Mariachi, Robert Rodriguez was achieving maximum impact with minimal budgets. Machete is no different and despite being co-directed, his auteurist stamp is felt strongly in the comically ultra-violent action sequences. Rodriguez excels at staging visceral action scenes and understands that the most important role of the camera is to make images live with their greatest intensity. His camera work incites, stimulates, and impels the virtual abundance of impaling, severed limbs, and decapitations. Machete dispatches his opponents using any and all sharp objects available – See Machete kill with a sword, then surgical knives, then garden sheers, then a meat cleaver, a bushwhacker, then a meat thermometer, then a shard of the windowpane, and even a corkscrew. In perhaps the film’s best, bloodiest, and most grotesque sequence, Trejo gives new meaning to the phrase “it takes guts when Machete slices open a henchman’s belly and use his intestinal tract as a rope to swing down and escape through a lower window. Later in another scene (clearly inspired by John Woo’s The Killer), Cheech Marin’s gun-toting Padre is crucified in his own church at the hands of special effects wiz Tom Savini who plays 1-800-HITMAN, a hit-man for hire.

Rodriguez and his co-writer Alvaro Rodriguez do have a political statement to grind, only the problem is Machete feels more like a hammer to the head than a titular blade to the neck. None of the movie’s political humour is subtle, but then again, Rodriguez has never been much for subtlety. Using the film as a vehicle to pointedly address the anti-immigration problem, Rodriguez uses mock TV commercials to express some prominent media figures and elected officials (think Paul Verhoeven’s Starship Troopers or Robocop). While these added elements are a lot of fun, the narrative does get a bit bogged down by the political intrigue late in the film. After all, it’s the jocular splatter, not political satire that fans come to see.

The casting is a masterstroke of B-movie madness. It’s left to the cast to keep the film’s energy up during the moments where blades aren’t swinging, and the actors rise to the occasion. Leading the ensemble is Danny Trejo playing the titular figure, a stoic but imposing presence who isn’t afraid to take action. Trejo, now well into his 60s, in his first leading role in a long career of mostly small parts, does a solid job investing his character with an engaging blend of swagger, gravity, and some much-needed humour. Trejo may be a limited actor, but the filmmakers use that to their advantage, giving him little dialogue and taking full advantage of his imposing physicality and formidable presence. In the tradition of Clint Eastwood’s Man with No Name, Trejo commands the screen with his physicality and unmistaken look. He’s also provided with some handy catchphrases such as, “Machete don’t text,” delivered by Trejo in menacingly hilarious deadpan.

Other Veterans appear including Robert De Niro, Jeff Fahey, Steven Seagal, and Don Johnson who steals the show as a racist lawman modelled on infamous Arizona sheriff Joe Arpaio. Michelle Rodriguez brings a welcome comic edge to their traditional tough-girl roles in a revolutionary alter ego, She (pronounced like Che). Lindsay Lohan (not exactly playing against type) lights up the screen as a drugged-out, hell-raising X-tube star who later in the film dons a nun’s uniform, finds a machine gun and joins in on the fight.

The only major disappointment is Machete’s all too quick showdown with a sword-wielding Torrez (Seagal). Like all of Rodriguez’s films, his movies so often wind up getting away from him in the end, and Machete is no exception. The film is at least 20 minutes too long and loses any sense of danger in an overcrowded climactic rumble between the Mexican revolutionaries and Texas lawmen. While Rodriguez is a talented composer, editor, director, and cameraman, he still lacks the ability to string together a story. The convoluted plot is mainly an excuse for a relentless series of action set pieces that works well until the final reel. As in with Desperado and Planet Terror our protagonists become invincible and you quickly lose interest in the lack of suspense.

The Intruder— the Killer Snake Movie Nobody Watched