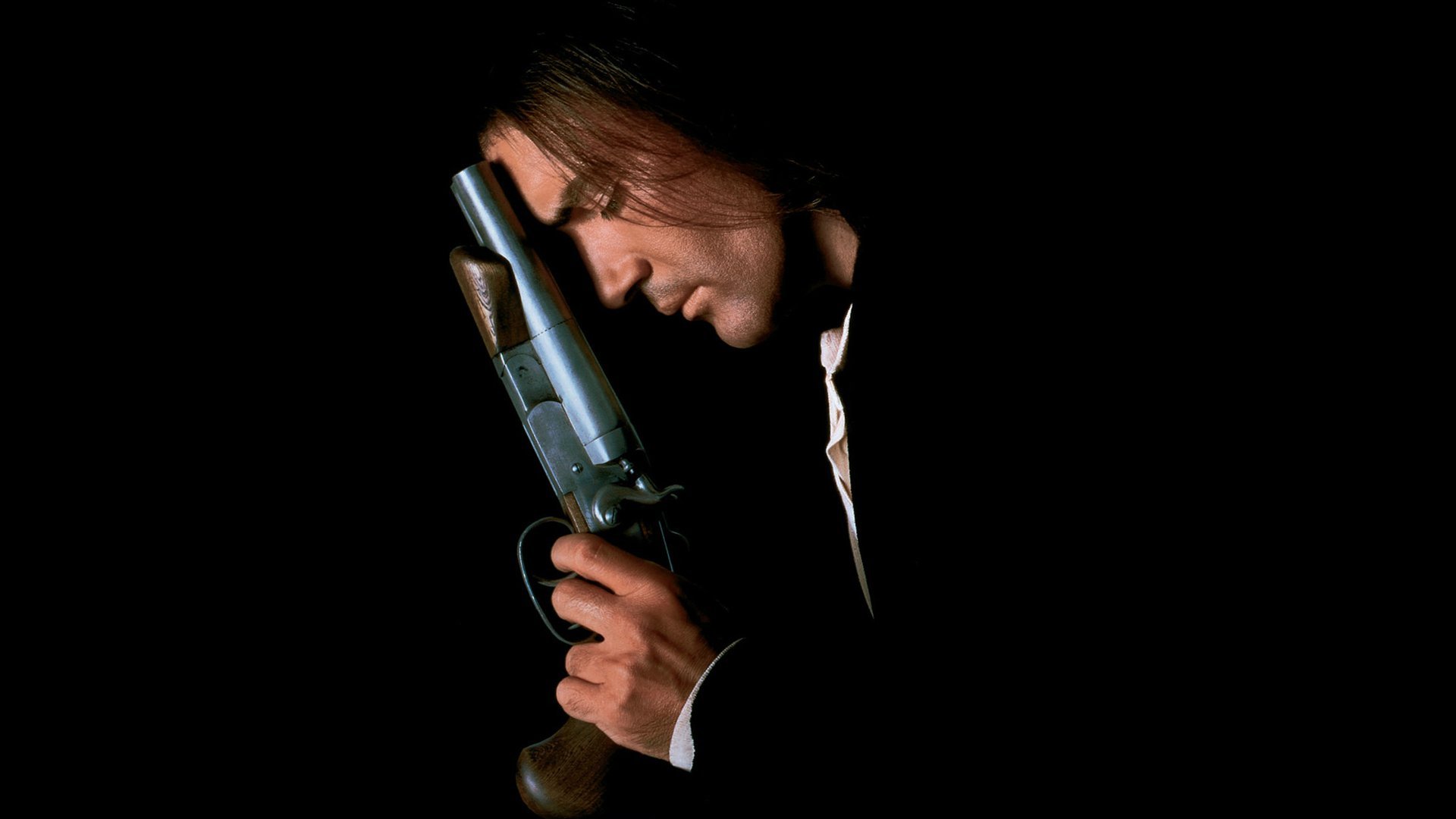 “Pulp Fiction goes south of the border,” went the ads for Desperado, ahead of its theatrical release of August of 1995, 25 years ago this week. Again, Quentin Tarantino’s film had come out the previous October and been hugely influential, leading to several years of films that were heavily influenced by its aesthetic. Many of those films, including Desperado, featured acting cameos by Tarantino himself.

Directed by Robert Rodriguez, Desperado was something between a sequel and a semi-remake to El Mariachi, Rodriguez’s ultra-low-budget 1992 debut that represented another touchstone of 1990s cinema. Rodriguez befriended Tarantino around that time, as the latter director made Reservoir Dogs the same year. The film, like its predecessor, combined elements of Westerns and more generalized action-adventure.

Rewatching Desperado today, the film feels very specifically of its time. It’s all about stylized violence- people shooting guns while looking really cool. Sure, there’s some character development here and there, and a sexy affair between El Mariachi (Antonio Banderas) and Carolina (Salma Hayek.) But Desperado is mostly based around a seemingly endless series of shootouts, which look cool but never quite capture the magic of the original El Mariachi movie.

Banderas plays El Mariachi, a musician/gunfighter whose guitar case is as likely to contain guns as a musical instrument. He’s locked in a titanic struggle with drug lord Bucho (Joaquim de Almeida, who played the villain in the fifth and best Fast and the Furious movie, Fast Five.) You may notice that, until the end, El Mariachi and Bucho are never in the same room at the same time, leading up to the film’s famous surprise ending.

There are appearances by numerous mainstays of Rodriguez’s films, including Cheech Marin, Danny Trejo, and both Steve Buscemi and Tarantino show up to give lengthy barroom speeches. As for Tarantino’s appearance, when it comes to the director making a cameo in which he gives a long monologue that has nothing to do with anything else in the movie, his joke about a guy peeing in a bar isn’t nearly as memorable as the “Top Gun is gay” speech from 1993’s Sleep With Me.

Desperado earned mixed-to-positive reviews and made $25 million at the box office. Another sequel, Once Upon a Time in Mexico, followed in 2003 and was best known as the first major film to be shot in digital HD. Roger Ebert wrote in 1995 of Desperado that he “never for a moment cared about the characters, and the plot was all too conveniently structured – just a guideline to the action.” I thought Desperado was awesome when I first saw it, in high school, but I’m starting to think Roger had a point.

Rodriguez and Tarantino would continue to work together, on such films as Four Rooms, From Dusk ‘Til Dawn, and Grindhouse, in which each of the two of them directed the two halves. Rodriguez has been a prolific filmmaker in the years since, making multiple films in the Spy Kids, Machete, and Sin City franchises, and he also directed 2019’s much-delayed Alita: Battle Angel, which has emerged as something of a cult hit. His next film, Red 11– based on his work in a medical research lab, which he used to finance El Mariachi – will debut this year on the obscure but growing streaming service Tubi.

Desperado was one of many movies from between 1995 and 1998 that was clearly influenced by Pulp Fiction, and it certainly wasn’t the worst of them. But it’s not the best of its trilogy, or from the filmography of its director.