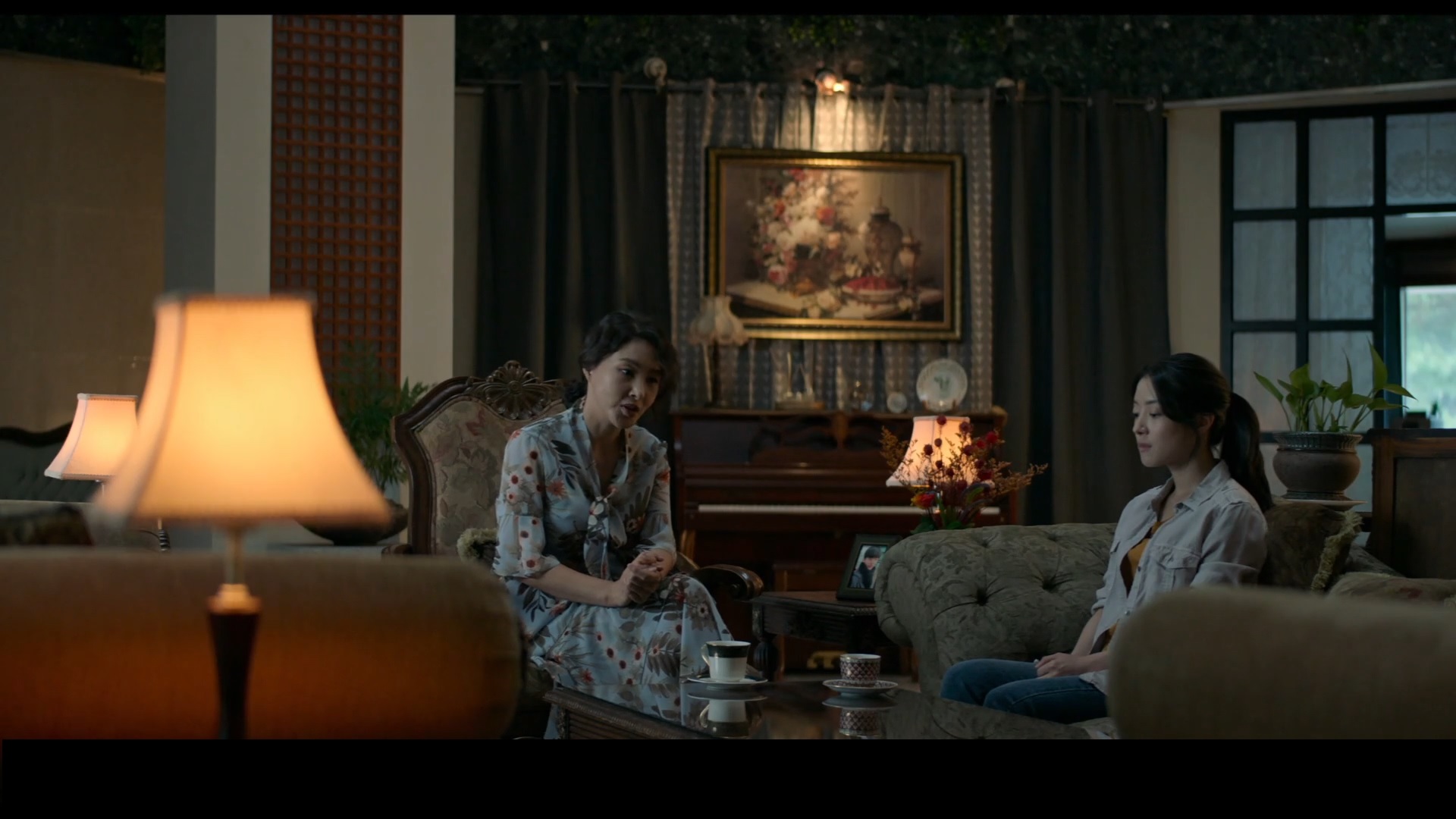 There’s something so creepy about empty hotels. From the long dark, corridors to the unsettling decor, a place designed for people yet somehow devoid of them is inherently strange. Lingering (a.k.a. Hotel Leikeu) boasts a fine hotel for a horror setting; an isolated building that blends old furniture with modern design. If only the rest of the film were so gorgeous.

While boasting a luxurious location and great use of light — especially to suggest all manner of things hiding in the darkness, just out of sight — Lingering fails to take full advantage of its setting to provide a truly memorable horror.

The Korean film tells the story of Yoo-mi (Lee Se-young), who picks up her sister from an orphanage and is told to look after her. As she doesn’t have a job, meaning she has little means to take care of her young sister herself, she decides to drop her off with Gyeong-seon (Park Ji-young), a friend of her recently deceased mother. She doesn’t even plan to stay the night. But a room has already been made up for her…

It’s a universal truth that if someone says that they are only staying somewhere “a short while”, they will stay there for the rest of the movie. This is definitely true in Lingering, which explores every crevice of this grand hotel — from the empty, cavernous rooms to a dingy, rotting basement —during the tourist off-season. It hides many secrets, such as the truth of what really happened to Yoo-mi’s mother, and the strange presence of Gyeong-seon.

The hotel owner, played with steely resolve by Park Ji-young, remains an enigma throughout, her relationship with the mother, who we learn later on died in the hotel, a mystery that dangles throughout the film. But the construction is intentionally messy, filled with flashbacks, red herrings and double-takes that don’t so much question reality as undermining it, giving the audience little to really hold on to.

What doesn’t help is the small focus of the film, centering around only a handful of women, allowing the audience to guess what might happen well ahead of time. A more focused film would’ve allowed these relationships to take center stage and develop in a natural way, but director Yoon Eun-gyeong, handed this great location, seems unsure of what the film should really be about. Is Yoo-mi suffering from grief, clouding her sight, or are there really supernatural beings that want to threaten both her and her sister?

With a twist ending that makes you question everything that has come before while also somewhat contravening the original horror-focus of the film, Lingering tries to have it both ways; relying on both psychological horror and cheap jump scares, neither of which come across as remotely convincing. While occasionally causing scares with heads falling off and spinning around and ghost-like figures jumping out the darkness,  Lingering does the opposite of its title: this won’t linger much in the memory at all.

Out In The Ring: The First LGBTQ+ Wrestling Documentary