A bomb explodes beneath a dinner table — that’s a surprise. But a bomb that ticks away, unbeknownst to those seated around it? One scenario grants film audiences fifteen seconds of action, while the other can provide fifteen minutes of excruciating tension. No convoluted plot, no puzzle-box story structuring is needed; a simple setup with a clear misfortune as the potential result can be just as effective at keeping eyes glued to the screen as any tangled web a writer may weave. This paraphrasing of Alfred Hitchcock’s famous explanation illustrates how suspense is best served by simplicity, and of all the Master’s masterpieces, there is no greater example of that than his own 1944 gem, Lifeboat. 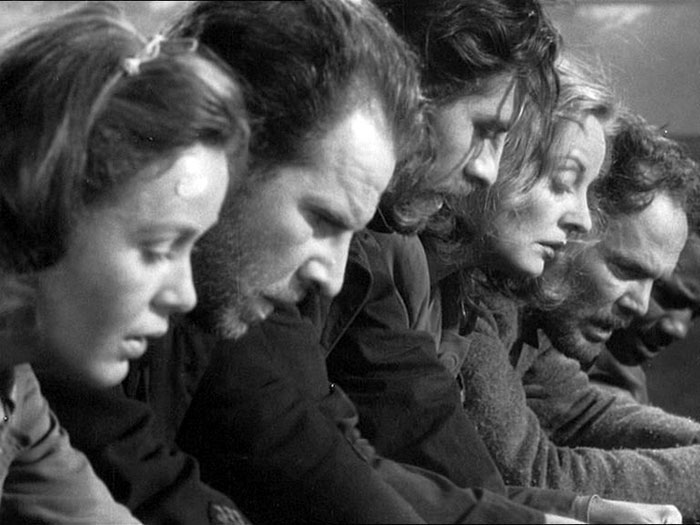 After an attack by a German U-boat, nine people are adrift in a small lifeboat, stranded somewhere in the middle of the Atlantic ocean. Eight are American or British, all former passengers or crew aboard a merchant marine ship once bound for England with supplies, all now desperate survivors of a torpedoed sunken wreck. The ninth castaway is the bomb: the Nazi captain of the very enemy submarine that initiated the destruction, pulled from the water after his own command was also sent to the sea floor during the engagement. Is he truly grateful for the mercy shown by those he tried to annihilate, or beneath the friendly and helpful facade is he secretly plotting against his saviors? Right from the beginning, we’re given all the working elements we’re ever going to have in this story — this is the setting, these are the characters, that is the potential threat. With exposition out of the way, Hitchcock can concentrate on what he does best: lighting the fuse.

There’s always something satisfying about doing as much as one can with as little as possible. Films like 12 Angry Men or Moon don’t have nearly the variety of cinematic ingredients to work with as many others, yet somehow achieve more with less. Limitations often inspire greatness in the arts, as creators are forced to become truly creative in order to overcome everything that would rein them in. Often these restrictions are born out of financing, but it can be thrilling to see them self-imposed, and appreciative juices can easily get flowing when watching a pro at the peak of their powers challenge themselves to the fundamentals. 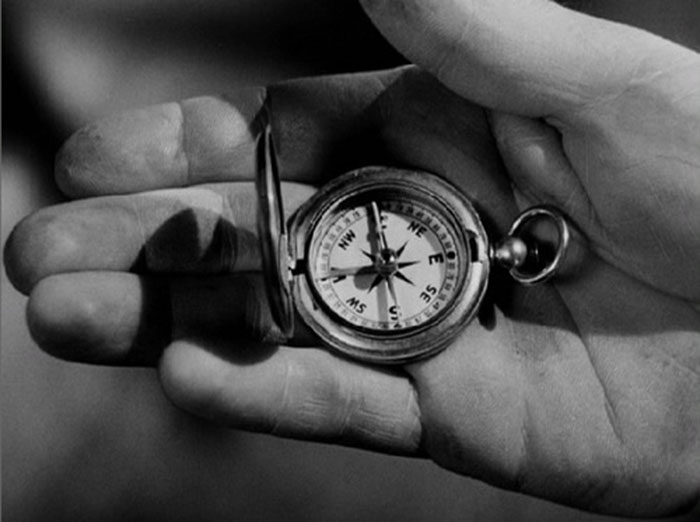 Hitchcock must have also had a fondness for these types of basic premises — he created similar one-location situations in Rope and Rear Window — but Lifeboat takes this idea to an even more restrained form, in the process attaining a result that may not have been possible with all the normal crutches a Hollywood filmmaker relies upon to maintain variety. By embracing the confinements of the cell he himself created (the movie is based on his idea, originally offered to Ernest Hemingway and eventually fleshed out by John Steinbeck), Hitchcock flourishes within those boundaries, creating a tense allegory about dealing with evil after it has taken everything from you.

The opening sequence of Lifeboat sees the ship go down, and with it the luxury of the options freedom brings. Bits of luggage float in the water, showcasing the various amenities people often surround themselves with — and believe they can’t do without. These conveniences do everything from providing comfort to simply passing the time, tricks that ease the pain and boredom of being, but they also frequently dull the senses. Few are essential, and so those castaways swimming for their lives bypass them without a second thought. Only a wealthy newspaper columnist already safe and dry still clings to her nest of belongings, not oblivious to their ridiculousness in such a primal predicament, but loathe to let go. (However, in a bit of fun punishment, each of her prized possessions are taken from her, one by one, as if the universe — or some director — is sending a message.) 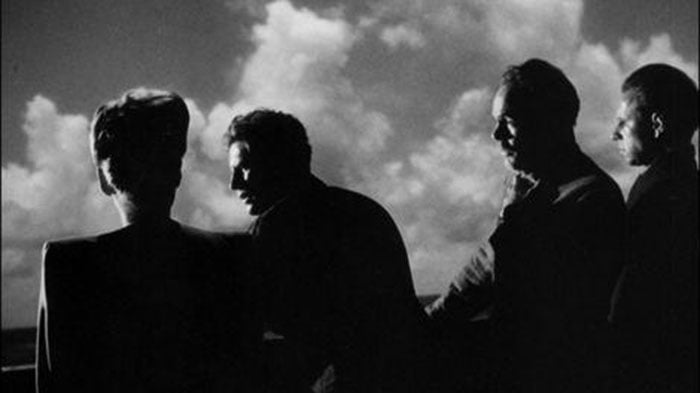 Like life, plots can be frittered away by detail, but by tossing all but the merest cinematic rations overboard, Lifeboat can keep the focus on what much suspense is based around: survival. Stripped of their earthly possessions, the characters are equalized in wealth and status. Thus, they are in a state of pure existence, with only their wits to aid them. Hitchcock surely sympathized, as he aspired to paint a masterpiece while lacking his usual assortment of brushes, tried to figure out how to make ninety minutes on a small boat visually interesting. Still, even in this tiny space, with mere meager storytelling elements at his disposal, the artist’s style looms large.

Without the usual distractions of a normal-sized cast, lavish sets, and location changes, Hitchcock could concentrate on the intrinsic parts of his talent — especially his meticulous nature. He carefully prepared beforehand by using miniatures to “pre-shoot” every scene, then built four different boats for four different purposes: one for rehearsal, one for long shots, one for close-ups, and the last for actually floating in water! He also thoroughly mapped everything out with storyboards, as per usual, but the nature of shooting on the water made naturally some improvisation necessary — some dependence on wits.

Abiding by the less-is-more philosophy, Hitchcock saves visual flourishes for important moments. A close-up of the Nazi’s compass gives the audience its first major plot revelation; we now know something the others don’t. An attractive face coming into frame and focus betrays another character’s true desire (hey, they’re shipwrecked, not dead). A signature push in on a pocket knife over a flame causes shudders — we don’t see its actual use, but we can imagine, and our worst fears are confirmed when an empty boot is tossed our way. Fade outs are common, and scenes take place at all times of day. A storm hits at one point to change things up a bit, keeping us on our toes and making sure we don’t leave the edge of our seats. These are all simple devices, but used masterfully at just the right moments to create unease. By employing such tricks, we are never allowed to settle in, get comfortable, to float. We sense that the longer things go on this way the worse it will get, and we have no way of knowing when or how it will end. All the while the bomb is ticking… 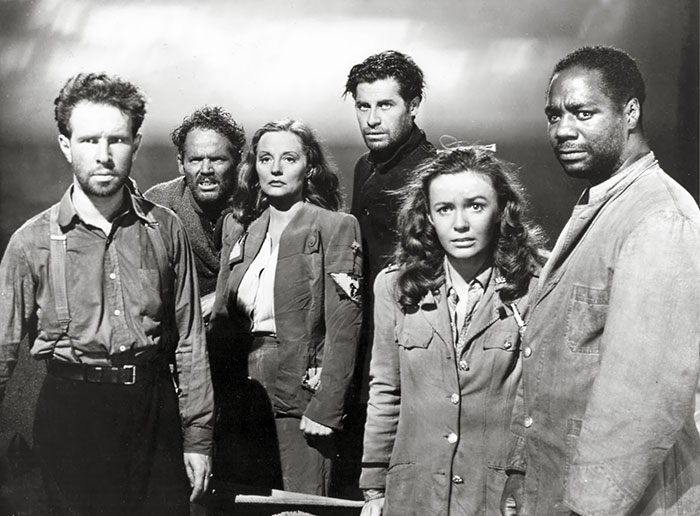 And that’s all it takes. Hitchcock knew this; hell, he made a living off of it. Still, never had he done so much with so little (there isn’t even a musical score, except in the opening and closing credits), and rarely have stories with more complex machinations eclipsed this little film in suspense. Lifeboat reminds us that great creativity can still be displayed on a very small canvas, and that at times the simplest ideas can turn out to be some of the most memorable.

‘Escape Room’ is a Weak Solution to Puzzle Horror

‘Bumblebee’ is an 80s Movie in the Best Way