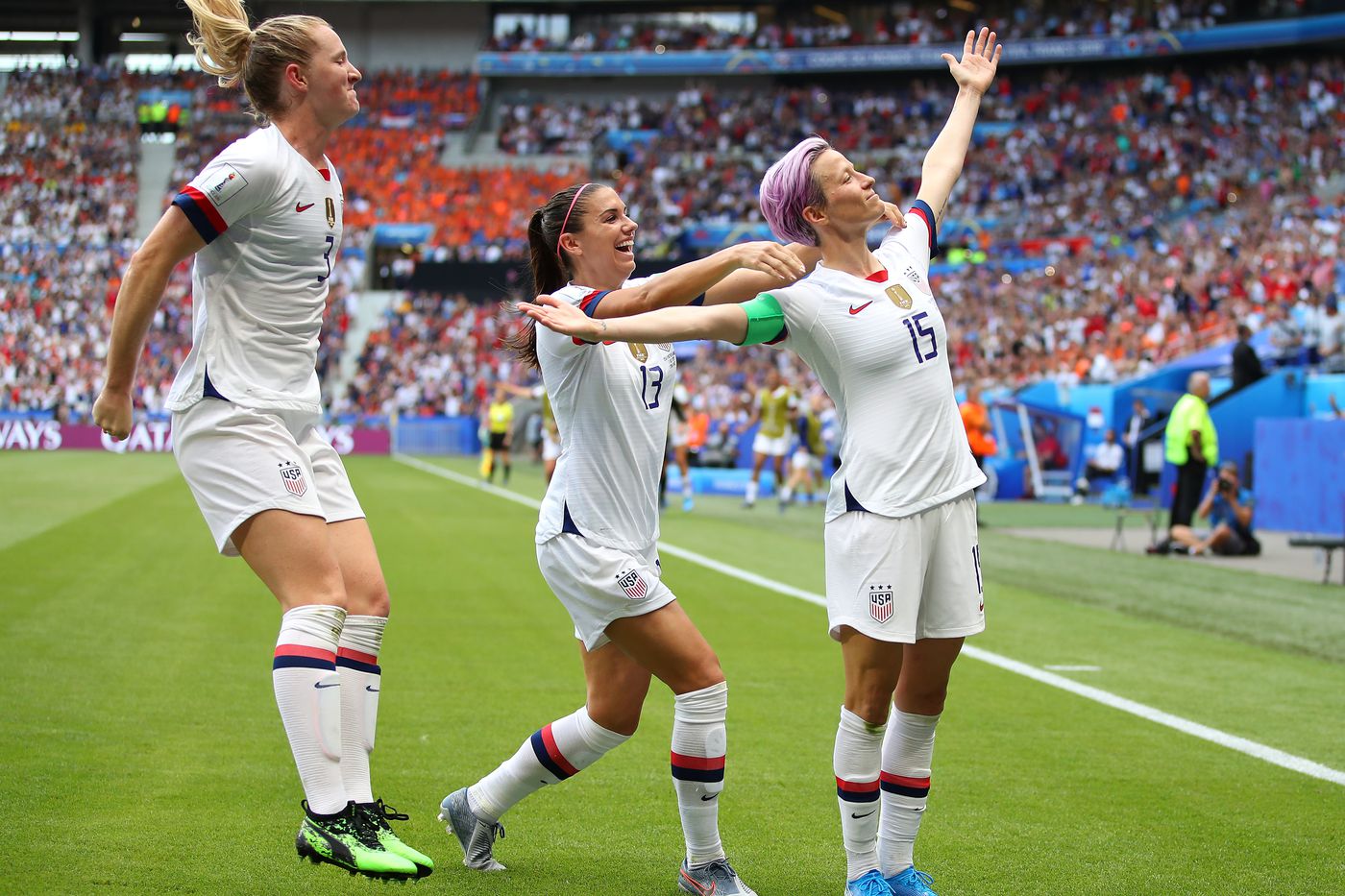 In recent years, a strange dynamic has emerged in soccer in the United States: The women’s national team (USWNT) is the best in the world, the winner of the last two World Cups and three of the last four Olympic tournaments. The men’s team, on the other hand, is a backwater of the international soccer scene and failed to even qualify for the last World Cup in 2018.

However, the men’s team gets better facilities, better accommodations, and, at least in terms of base salary, better pay. And that’s been a point of contention that has led to a high-profile, years-long legal battle.

That battle is the subject of LFG, a new documentary that debuted at the 2021 Tribeca Film Festival, and hits HBO Max on June 24.

The film, directed by Andrea Nix Fine and Sean Fine, starts with the USWNT’s dominant Women’s World Cup victory in 2019, during which the team cruised to the title while feuding with Donald Trump, and Megan Rapinoe emerged as a brash and witty media star, later winning Sports Illustrated’s Sportsperson of the Year award.

After that, LFG deals with the USWNT’s quest to get the U.S. Soccer Federation to agree to equal pay between the men’s and women’s teams, which turned from negotiations to mediation to eventual lawsuits.

At one point, while the USWNT is playing in the final of the SheBelieves Cup, a letter is read, by the broadcast’s announcer, from the soccer federation president apologizing for a horrifically worded legal filing, which stated the men’s players were “materially influenced by the level of certain physical attributes such as speed and strength,” while also lacking the “responsibility” of the men’s team. That letter led the next day to the resignation of federation chief Carlos Cordeiro.

That letter being read, during a tournament championship being played by the team in question,  would have been a highly surreal scene even if it hadn’t happened on the same night, March 11, 2020, as Tom Hanks’ positive COVID test and the suspension of the NBA season. And like seemingly every other contemporary documentary at Tribeca in 2021, we get a third-act twist showing what life was like for the subjects once the pandemic hit.

LFG – it stands for “Let’s Fucking Go” – features a half-dozen of the team members, including Rapinoe, Jessica McDonald, Becky Sauerbrunn, Kelley O’Hara, Christen Press, narrating the events of the last few years. McDonald is particularly eloquent, in speaking about how difficult it is to compete with for a spot on the national team when it requires being away from her young son for long stretches. And Rapinoe, as usual, commands the screen whenever she’s on it.

The equal pay fight is compelling, sympathetic, and has the facts on its side. It’s hard to watch this and not root for them to succeed in getting their money and recognition.

That said, there’s one big flaw to LFG: There isn’t ever anyone on the screen to articulate the opposite case. The players, their attorney Jeffrey Kessler, and other interviewees repeatedly characterize the position of the U.S. Soccer Federation in their own words.

But at no point do we hear the Soccer Federation, or even anyone sympathetic to them, try to make the case on camera, in their own words, that the women’s national team deserves to be paid less than the men. Is it because they believe women are inferior athletes? That they pull in less revenue? Any other reason?

The documentary repeatedly shows people on the pro-USWNT side attributing these positions to their opponents, and we see some legal documents, but we never actually hear it out of their mouths. I can understand the Soccer Federation, now under different leadership, being reluctant to cooperate with this project, but there isn’t even any archival footage of anyone saying that.

I’m not asking for an impartial documentary, which LFG isn’t and shouldn’t be. But if the entire movie is about this controversy, it would have preferable had the opposite side of the controversy had made their case.

Back in December, the USWNT and USSF reached an agreement on the working conditions side of the dispute, although the part of the suit related to equal pay was dismissed earlier that year; the players have appealed that decision.

I very much hope that they ultimately win. But in the meantime, those rooting for the USWNT in both of their fights will find a lot to cheer for in LFG.