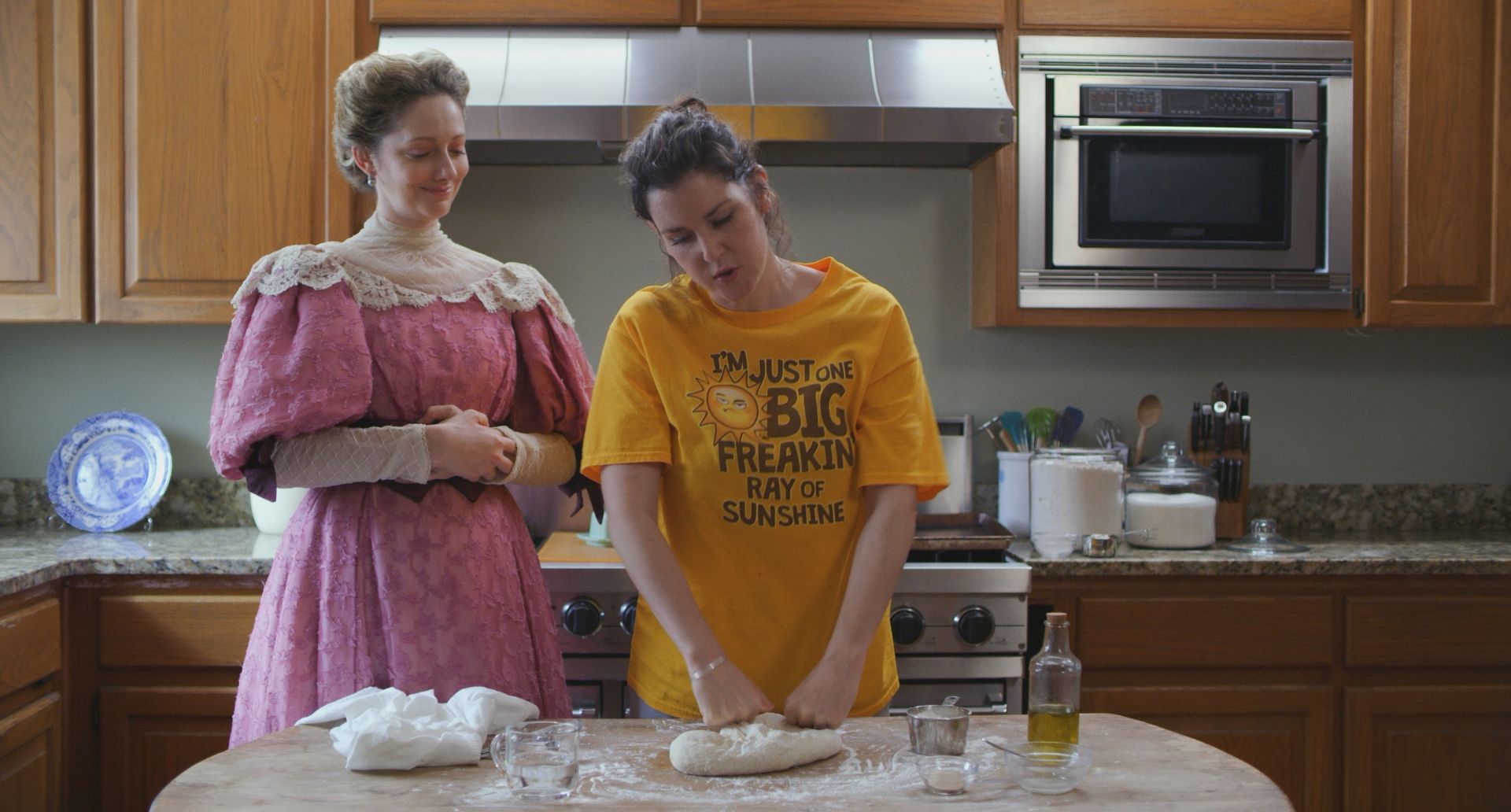 Lady of the Manor is a wildly misconceived comedy, which fails to draw laughs out of a premise that isn’t that strong, to begin with. But the worst thing about the film is that it wastes the talents of a half-dozen talented and performances.

I’m always excited when Melanie Lynskey appears in a movie. And Judy Greer. And Justin Long. And Ryan Phillippe. And Luis Guzman. And even Bobby Ewing himself, Patrick Duffy. They’re all are in Lady of the Manor, but none are given a chance to do anything they’re especially good at.

The movie was directed by Long, the “I’m a Mac” actor, along with his brother Christian; the two co-wrote the film. It’s one of those comedies in which the concept is bad, but the jokes are somehow even worse.

The high concept here is not one of the better ones among recent comedies. Melanie Lynskey plays Hannah, a stoner layabout who works for a weed delivery service. Phillippe plays the failson of a Southern patriarch (Duffy), suddenly put in charge of the manor when his dad decides to run for office; the other third of the love triangle is Long, playing a nerdish local historian.

The plot begins with an inciting incident that doesn’t make a lick of sense: Hannah delivers weed to the wrong house, a teenager answers the door, she’s arrested for soliciting sex from a minor, and then has to register as a sex offender. That she’s innocent, and that the teenager wasn’t actually a minor, doesn’t seem to matter.

That whole sex offender thing, in addition to being wildly incongruous with all of the rest of the movie’s humor, is used mostly as a pretext for her needing to get a new job. That results in her being hired at a grand old Savannah manor to give tours, while in character as the 19th-century lady of the manor- a job that, inexplicably, requires her to live in the house.

But then, the lady herself (Greer) appears to her as a ghost.

They bicker at first, mostly about things like cursing and Hannah’s lack of ladylike propriety, but eventually begin to bond, in order to rewrite a historical wrong. Left unanswered is why the ghost never appeared at any time in the intervening 150 years to right the wrong previously.

Then there’s the fraught racial and historical stuff naturally involved in a story like this. The estate is always called a “manor” and not a “plantation,”  and the script makes it clear that  Lady Wadsworth died in 1875- i.e., after the Civil War. The Lady is also retconned as something of a secret progressive, leading to a climax that leads to a racial wrong being righted. But I don’t think the word “slavery” is mentioned at any point.

I love Melanie Lynskey as a performer, but she’s very much miscast here. I’m all for more roles for women over 40 in general and for Lynskey specifically, but it doesn’t make any sense for this character to be that age. Greer isn’t especially a natural fit for the ghost role either, and Phillippe has exactly one note to play as a douchebag who’s pretty much playing Jon Hamm’s part from Bridesmaids.

It’s great to see Patrick Duffy, is a rare movie role, although it’s a tiny role that likely took about two days of his time. And I’m not exactly sure why it was necessary to cast someone as talented as Luis Guzman in the nothing part of a bartender.

Please, Hollywood- start putting the people in this movie into better ones!

Netflix Documentary, Schumacher Explores the Life of a Racing Icon

TIFF 2021: The Rescue Highlights a Group of Unlikely Heroes